It's been a busy week for the Tearoom's proprietor, and his lovely wife is away for the weekend, so he needs to stay up all night tonight eating junk food and reading comic books. So instead of a regular post, he's going for a transcript from a presentation by Professor Fred Dagg, a fictional creation of Mr John Clarke, speaking at the University of Taihape about the meaning of life, somewhere in the nineteen seventies.

You can find a video of this performance here, (and there are a couple of other cracker tunes by Dagg here and here), but I needed a transcript for ridiculous reasons, and this felt like a good place for it.

After all, every time I wonder what it is all about, I think of the Dagg. 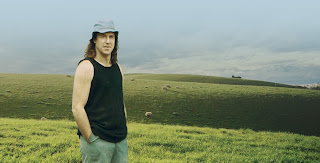 Fred Dagg on The Meaning Of Life

“It seems eminently suitable that we should ignore very briefly the peripheral areas – however valuable - in the wonderful tapestry of science, and I think we should have a crack at addressing ourselves instead to the perpetual cosmic giant killer - the question of what is life.

“It's been worrying scientists for thousands of years. Mind you, they're a jumpy bunch of garcons, your science boys, and they do tend to worry very easily. And I feel that the very least we can do is to spend a few moments of our very valuable time in quiet and restful contemplation, as to what it's all about and why we're here.

“And then after that we can have some lunch.” 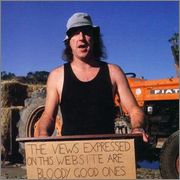 “Now, as to the business of when life actually got going, there is very, very little argument amongst the lads who are working in that area – of course, some of them are getting on a bit now and the smallest upset would have them toppling into the afterlife, so they do like to sit around and agree with one other and knock off the departmental port.

“The actual day of the beginning of life is not known, because of course the National Geographic was in a very adumbral phase at that stage. It is known, though and generally agreed by the boys, that if the first man who ever lived was alive today, he'd be pulling around about $47 million a week in old age pensions.

“There have been several old boys located in various spots - for instance, there was bogman who was located in a bog. We don't actually know what he was doing in the bog, but he was located there.

“Now science slowly, with the help of these discoveries, has been piecing together the story of man's evolution, and there seems very little doubt that man is descended from Neanderthal Primates, as we scientists call them, or in lay terms, mummy and daddy. 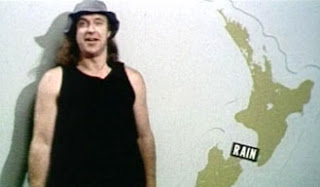 “The human brain has got man into a lot more trouble than has previously been supposed and unless we come up with some way of putting the brain out of commission or obviating some of the more ludicrous effects of the brain, then I don't think life's going to get any better.

“Now the main shortcoming of the human brain is that it has led to all this discussion about the meaning of life. Which is not really very healthy. It's quite a dangerous business, because the more you think about life, the less likely you are to reach a conclusion. That is, if you don't count including that you aren't going to reach a conclusion as an actual conclusion.

“Now, of all the attempts to work out what life is actually about, one of the more interesting ones were the boys that reckon that you don't know anything. You can't know stuff, these guys reckoned, because when you think about it – and you'll just have to accept the term think about it there until the man arrives with the official phrasebook - all your so-called knowledge about the world is based on your perceptions, and your perceptions are just a touch more fallible than people have cared to admit.

“It has been suggested by some that you can't know things because your perceptions are notoriously fallible, for instance, the visual sense has been known to play tricks. Sometimes when you think you see something you don't actually see it, and sometimes you don't see something or you say you don't see it, and it's common knowledge around the village that you saw it. And of course that can lead to trouble.

“Now you can't go drawing on any conclusions – that's what these garcons reckon - from that sort of thing or you'll make a monkey out of yourself in open court. Now, this is what Bishop Berkeley  reckoned and this argument applies to all the senses.

“Now Samuel Johnson, who was, well, kind of a... well, he was fat. Let's face it. He was a fat person. He reckoned that he'd cleaned up the problem one day when he kicked a stone, and he stated with relative certainty that he was rewarded with a godly sharp pain belting through his bunion. Now, of course, you could say that Samuel only thought he kicked the stone, when he in fact he was home in bed eating crumpets and thinking up some one-liners for a 21st speech we was writing for Saturday.” 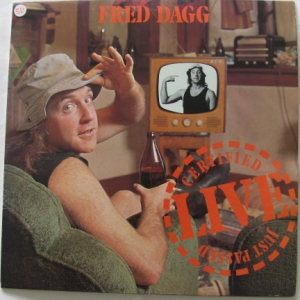 “The whole business of doubt was perfected and refined a little later on by a character named Rene Descartes, who was a member of the French nation, and after he'd finished with it, there wasn't a whole lot of mileage left in it. And the up and coming apprentice thinkers decided to give the whole area a swerve and get onto something with a bit more class where they could show off a bit better.

“What Rene did was he started doubting things. Now once you start doubting your perceptions, you get on to realising you can't be sure if you're here, or maybe you only think you're here. Which is a bit of a worry and it's only a matter of moments before you're picking spots of light off the wall and putting them in a basket, and pretty soon you'll find yourself in a tight white overcoat in a room full of Napoleans and Lord Nelsons. Which is the principal fallacy of Rene's idea.

“Of course, in the 20th century, we have produced a fair array of theories about what life's actually about and probably the existentialists take the butt of confection for getting closest to thinking they had it all worked out. They used to hang about in the Paris area, which is in what we used to call Gaul, and talk about how terrible life was and how they didn't know if they'd really get to the weekend. They reckoned life was a pretty dreadful business and was filled with a thing called ennui.

“Now, ennui is a terrible thing, and seems to have roughly the same effect as terminal boredom. Ennui actually is a French word meaning Henry. And the story goes that once you get a touch of the Henry’s, it's all downhill and the only way to relive the symptoms is to whip down the harbour and pull a wave over your bonce and call it a day." 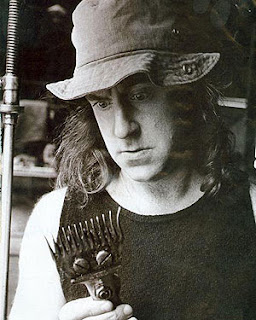 “From these examples you can see the dangers of thinking too much about what life is about and whether or not it's worth living. Now I have studied most of the better known theories and if I understand them at all, which is a pretty dubious proposition, and if I'm here at all, which again, there is some doubt, not to mention cold water being thrown on that at the present point in time.

“I must say that they're not very helpful, all these theories, not really very helpful at all. Now a mate of mine – bloke named Bruce Baylis who's lived up the road from us ever since he moved in – he reckons that he exists. He's quite positive that he exists, and if he doesn't exist, he reckons why does he have to pay tax?

“He reckons that even though he does get the Henry's a bit, now and again at the end of the financial year, he's convinced that he's here. And if some people reckon they're not here, well, that's fine with Bruce and they can buy their own beer.

“He seems to have – in his terms at least – dispensed completely with the traditional worries about his own existence, although there are those who claim that Bruce is a wee bit closer to the simian primates than most people reckon.

“Now Bruce is called a naïve realist and I don't know that he's not right, myself. I've seen a few existentialists in my time - I've been to funerals - and they don't seem anywhere near as happy about things as Bruce does. And if we're all imagining we're here until we're all imagining we've bitten the dust, then I think it's a lot easier on the wife and kids if we imagine ourselves to be a bit happy about it.

“I'm not suggesting we all become like Bruce. Wouldn't do to revert completely to being chimps, but somewhere in between Bruce and the rest of the scientific world, there lurks a workable hypothesis which I reckon we should all get our teeth into.”
Posted by Bob Temuka at 10:23 PM