I’ve been overdosing on Community lately, churning through all three seasons in the past two months (mostly out of order). It’s brilliantly addictive comedy which gorges on pop culture, but never patronises its audience.

It’s got some tight writing, and some even tighter performances – each actor giving their character a life and feelings beyond catchphrases and expected reactions. From the tremendous overacting of Ken Jeong, to the desperate weight of responsibility Jim Rash gives the generally clueless Dean Pelton.

But there has been one actor on the show who has been truly impressive, and after watching dozens of episodes recently, I can honestly say that Donald Glover would make a kick-ass Spider-man.

Unfortunately, the idea of a black Spider-Man was largely taken as a joke (and Glover, to his credit, maintained an air of good humour about the whole thing), and eventually faded away. It was apparently funny, because a black or Hispanic or Inuit or French Spider-Man could never happen.

But why not? Why couldn’t Donald Glover play Spider-Man? He shows his skills in every episode of Community: he’s subtle, and can convey heartbreak in a twitch of an eyebrow, but he’s also broad and charming and fucking funny – any scene where Troy breaks down in tears is comedy gold.

He would make a great Spidey. He could even still be called Peter Parker, but it would be even better if Spider-Man was something new entirely. Tell a new story with the same name and the same basic idea. There isn’t any need to get stuck in an endlessly rigid interpretation.

It wouldn’t be patronising or pandering, or disrespectful to the character and his creators. It would only really annoy racists and comic purists, and who cares what those dorks think? It’s just something they could do with Spider-Man. Something new. 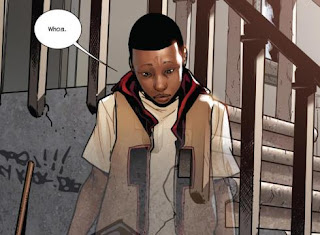 To be fair, Marvel has started looking at these storytelling possibilities, after nearly strip-mining the core Spider-Man story of anything narratively valuable. Marvel’s Ultimate Spider-Man isn’t a weedy white boy, he’s a weedy brown boy. And while the Ultimate version of the character is always going to be secondary to Peter Parker in the regular universe, at least Marvel are having a crack at it.

After all, even though Andrew Garfield made a great Spidey and a brilliant Peter Parker, a lot of the inertia of the most recent Spider-Man movie was due to the fact that we’d seen it all before, over and over again. There’s wise old Uncle Ben, waiting to be sacrificed, there’s that vicious spider, looking for somebody to bite. There’s the first time Spider-Man climbs a wall and the first time he goes swinging. Over and over again.

It still did well enough for there to be more films, so another reboot is probably a decade away. And the chances are it will be another weedy white boy.

But who knows? By then, maybe there will have been a Miles Morales cartoon, to get the kids used to the new Spider-Man, and then another reboot a generation down the line. It might be too late for Donald Glover by then, but it’s always a possibility. 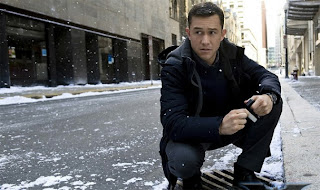 The other big solo superhero film of the year – The Dark Knight Rises – also hints at storytelling possibilities that will never quite become actuality. By the end of the film, Bruce Wayne walks away from the Batman identity for good, but he knows it’s time for somebody new, and the film ends with a new man taking on the role.

Now that Christopher Nolan has finished his trilogy of Batman movies, the future is a bit uncertain. The next cinematic version of the Dark Knight is inevitable, after all the bucketloads of cash the previous films made, but the form it will take is not yet known. He could show up in a Justice League film (likely, after the success of The Avengers), but it could be a few years until some idiosyncratic filmmaker comes up with a new version.

But the chances are, while The Dark Knight Rises unequivocally ends with Bruce Wayne moving along with his life, the next film Batman will be Bruce behind the mask.

Which is fair enough. Bruce Wayne is Batman and Batman is Bruce Wayne. But it wouldn’t hurt to try something new.

So yeah, that won’t happen either. 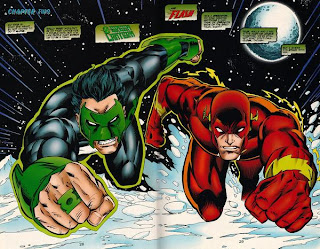 This fear of change – while still pretending to do it - is there in the source material for all these blockbusters. Marvel and DC comics have been maintaining a rigid status quo for years, making illusionary movements towards change, before inevitably reverting to type.

At DC in the mid nineties, there was a noticeable burst of newer characters taking on old roles. All of this was sales driven, and some of the fates - like Hal Jordan’s - were terribly clumsy, while many of the stories themselves were plainly terrible. But after a couple of years, there was a new Green Lantern, a new Flash and a new Green Arrow.

Some of their comics were dire, but things like the evolution of Wally West’s Flash were excellent. Under the capable hands of Mike Baron, Bill Messner-Loebs and – especially – Mark Waid, it was a character who grew into the role, and ultimately made it in his own. But a boneheaded insistence that Barry Allen was the one, true Flash undercut all of that good work, and we’re back where we were, fifty goddamned years ago.

There was an attempt to do something new, but all that evolution has been wiped away now. 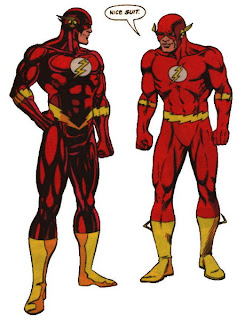 Batman retires or dies or gets lost in oblivion, but he always comes back. Parker chucks his costume in the bin, but any hype for a new Spider-Man is undercut by the sheer certainty that Peter Parker will be back. They’ve been playing that tune for decades now, and it’s not working anymore.

Maybe they should give the black Spider-Man and the poor Batman a chance.
Posted by Bob Temuka at 5:29 PM