Why I love Morrison and Vallely's Bible John (and you should too), by Kelly Sheehan

I have just looked at a panel from Bible John. The picture is odd, as if the original image has been held up to a fun house mirror, and the new distorted version reproduced on the page instead. A woman, covered in menstrual blood, sits in a truck. She is facing the reader. Behind her a man in shadows is also looking our way. I have read this comic many times before. Here, in the light of day, in my home, I read the speech bubble emitting from the woman's mouth -”My name is Pat McAdam”- and I feel a cold shiver. This comic scares the shit out of me every time I read it. Bible John ran in Crisis magazine from March through to August 1991 and has not been reprinted since. Subtitled A Forensic Meditation, the series is an examination of a series of murders that occurred in Glasgow during the 1960s. It was written by Grant Morrison, illustrated by Daniel Vallely and lettered by Elitta Fell.

Read in one sitting, Bible John induces a shallow pooling of dread in the pit of your stomach. A distinct feel of unease enters the room. Grant would probably tell you to burn some sage, chase off that bad ju-ju. Maybe that wouldn’t be such a bad idea.

The early episodes explore the basic facts of the case: dates, names, times, places. Accompanying these details is a faint prickling on the back of the neck-hackles raised by tragic circumstance and vague synchronicity.

The weirdness, the serious voltage of occult electricity, really starts to generate in Episode Four. The exploration of the facts, (just the facts), has run its course and Morrison and Valley conduct a séance. Two hours into their experiment, the glass on the ouija board starts moving and the parameters of what you thought you were reading begins to waver.

As it turns out S.T.U.A.R.T can’t help and somehow that’s really disconcerting. There is a sense of something inexplicable pushing in on the séance, something with it's own agenda. When I get to this part I can't help but wonder if S.T.U.A.R.T.s now in the room with me, reading over my shoulder.

After the séance, the series seems haunted. Danny Vallely experiences a disturbing dream, the dream where he sees and hears Pat McAdam. 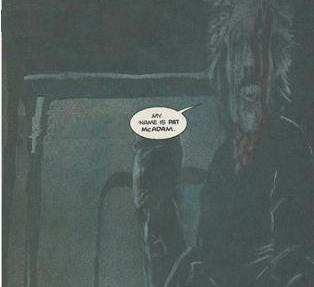 Links seem to build up between the Bible John killings and another murder case from around the same time. Here are real names and events seemingly plucked from the psychic ether: Thomas Young, a convicted murderer and rapist; Pat McAdam, the seventeen-year-old victim of an unsolved murder.

In the end, the disparate elements don’t quite add up and the search for Bible John peters out on the side of the road next to a clapped out car. The ghostly, tentative connections forever obscured by time. 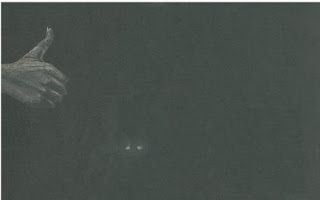 (There is nothing else in comics quite like Bible John. Comparisons are often drawn with From Hell, but apart from murder as an underpinning and Iain Sinclair’s strong influence on both comics, the comparisons do not really add up. Bible John is its own spectral beast, marking its unique territory with chills and prowling, haunting, your head well after you turn the final page).

A fellow Kiwi, Kelly Sheehan creates some excellent little comics with his brother Darren. One day we will might be able to have lunch without descending into a mutual gush-fest over Game of Thrones or Cam Kennedy...
Posted by Bob Temuka at 10:35 PM