Tidying up for guests at the Tearoom

I still get an incredible amount of enjoyment out of sorting out what books I’m going to take with me when I go travelling. It’s important.

I once got stuck without reading material two weeks into a 48-day trip around Europe, full of endless boring motorways where you couldn’t see anything, so you might as well read or sleep. I had Robert Fisk’s gargantuan War For Civilization, and I thought that would last me and I got through it in about a week. Even though I managed some emergency Hiaasen on the trip, and got temporarily hooked on the mad super-warriors of Steve Erikson’s fantasy books, I also resorted to a Harry Potter book and the only James Patterson book I’ll ever read. It got quite dire there.

So I do put some thought into this. I need something thick and dense, that will last hours in airport waiting rooms and endless train stations. A deeply thick paperback with close type and masses of interesting information is always best, but I also need some sleazy and easy fiction, and some sort of comic.

This time, when we go to the UK for three weeks, I’ve got it down to a Doctor Who reference book that I only got halfway through during two weeks around the States and a history book about the 14th century, because I suddenly have a pressing need to know what life was like in 1399.

I don’t know what cheesy novel I’m going to take, or whether I should just pick one up on the go, but I’ve already packed away the second issue of From Hell, because the hotel we’re staying at in London is right beside one of the Ripper murder spots and the comic makes a terrific guidebook.

I know I could just get an electronic device and have dozens and dozens of books to choose from, but where is the fun in that? 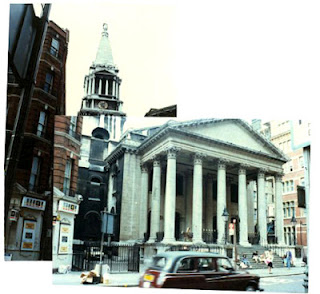 We’re off to the UK for a few weeks now. We’ll be going to Skara Brae and the Reading music thing and some Edinburgh festival shows and the Lake District and soaking up the kind of history that we just can’t get at home, and I’m just as excited about trying to find a comic shop in Inverness, or what the second hand bookstores in the college towns are like, or getting the final four episodes of Nikolai Dante in one concentrated dose.

I know what I’m here for. 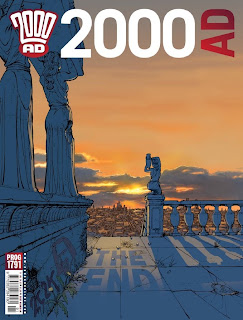 Apart from one regrettable attempt at comedy, I usually shut down the blog when we go on an overseas trip and everything goes dark for a month, but things won’t be so drastic this time.

This time, I’ve got some guest bloggers who will be offering up some desperate defences of things they love that are unappreciated, forgotten or misunderstood. We all know that feeling.

Posting might be a little sporadic, but there should be a new one every five days or so, and the first one will start early next week, with a guest post by a genuine Kentucky Colonel, who has probably been the biggest single influence on the writing on this blog. 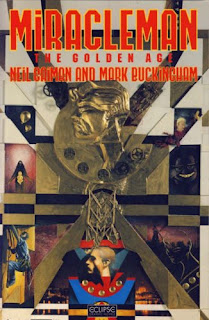 Now, if you’ll excuse me, I gotta go pack. And decide if I’m going to take that Miracleman book or not.
Posted by Bob Temuka at 4:41 PM