Death of a five-star review 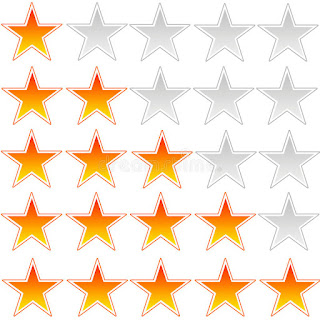 Even though I've always been weird about the value of the five-star review system - four star systems are just a waste of space and half-stars are for cowards - I don't mind when the music magazines and sites drop them, because they're almost no bloody use at all.

I still love it in the movies reviews, because you're much more likely to get a pan of a film, or a rush to crown the next great masterpiece. It's all as subjective as ever, but there is still something about a five-star review in Empire magazine that means something to me, and ensures I'll seek that film out, whatever it is about..

Maybe this unwillingness to really get stuck into new music is that it's a more personal medium, and slagging off an artist who is probably doing their very best can just seem mean, while movies are more of a collaboration, so you're less likely to get personal.

Or maybe it's just because music is more of a vibe that can never be consigned to any kind of ratings system, and a tune that means everything to millions of people can leave one person cold. The highs and lows of music can never be charted, no matter how many stars you use.