A decade after I wrote this, I actually did find myself in a deserted London, on my first overseas trip with the lovely wife. We got into town at 6am and there was literally nobody around. We had Trafalgar Square to ourselves. I'd just seen 28 Weeks Later the month before and it was all fucking creepy.

We couldn't find any quaint little tearooms near Piccadilly Circus, but we did get some hotcakes at McDonalds, because there's always a McDonalds, no matter what London you're in. 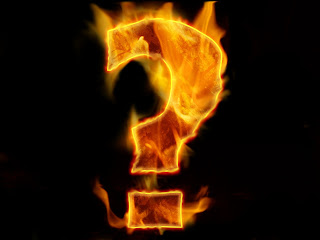 It's later than you think, but there's no need to rush.

Doctor Jakob Q. Skin, professor of everything and defender of bugger-all, is taking a spot of tea in quaint little tearooms, just off Piccadilly Circus, right in the heart of one of the many Londons. Two sugars and a shitload of milk, just the way Mother used to like it. His companion, Kristina, settles for a glass of champagne, served in an original John Bull mug.

Picture this, pilgrim! Skin is decked out in some fabbo gear - a tacky Union Jack waistcoat from Mrs Nuggin's Tourist Shoppe of Blackpool, (1953), black pants & a black long-sleeved shirt of impeccable quality from Forkits of London, (1887) and super-cool black boots from Cobbler's Inn of Timaru, (1992). All time high, man! Kristine is no wallflower herself, dressing up in an outfit too damn audacious and too damn time-consuming to be described here.

Dr. Skin has had a full body exchange since he last appeared in public. Now his body is long, lean and pale. (Black hair, grey eyes). His improbably sharp face ends in a chin that is 50% Bruce Campbell, 50% Kirk Douglas and another (impossible) 50% Bolland Joker. Kristine is same as she ever was, with a slightly hedonistic name change.

"What's odd?" asks the good Doctor, not bothering to look up from his newspaper.

"Outside. I can't see anybody. You'd think you might find one or two people wandering about a major metropolitan area, but there's nobody. Nobody at all."

Skin sniffs and tears himself away from The Times. A quick glance out the window and it's back to the funny pages.

"I wouldn't worry about it," he croons in his most soothing tone. "I'm sure you'll find we've wandered into the middle of some terrible emergency which has necessitated the evacuation of the entire population. I expect you'll see a Yeti wandering around the corner any moment."

"Too late. There's already one in the toilet. I saw it when I went to powder my nose."

"Really?" says Skin, deliberately not showing his considerable surprise at this odd comment. "Was he enjoying himself?"

"I'm not sure," answers Kristina, producing a bottle of finest nail polish from nowhere and going to work on her fingers. "But he sure was making a lot of noise."

Skin leaves it at that, and proceeds to read an article on a miracle cure for manic depression. He's in a spot of bother, because the harder he stares at the words, the more they ramble all over the page. Grammar goes out the window as sentences mix, meet, marry and raise a couple of darling rhyming couplets.

Kristine obviously thinks Jakob is staring at the page too intently, and decides it's time to put forward a theory of dubious origins.

"Maybe the streets are empty because we've stumbled into some kind of stylized London, a city that only exists in somebody's head. Maybe we've jumped into an England that only exists on television."

Dr. Skin finally puts down his paper and considers this.

"Y'know what I mean," continues Kristine. "Like 'The Avengers.' You never saw any riff-raff on that show. Pristine streets. No rubbish. No advertisements."

"Damn," whispers Skin under his breath. "They're my favourite bits of the landscape."

"So do you think my theory has any credence?"

"Not at all," replies Skin, sipping his tea. "It'd be nice if that was true, but I think my evacuation explanation holds more water."

Kristine sulks for a whole four seconds before changing the subject entirely.

"I was just wondering whether you were feeling okay."

Skin glances out onto the street where a nasty looking wind has popped up out of the blue. "Well, I feel pretty darn good," he answers in his best Jimmy Stewart voice. "But I'm gonna kill somebody soon if I don't get some crumpets to have with this tea."

A waiter instantly springs forth from the kitchen area, bearing a steaming hot plate of crumpets, which he proceeds to lay at Skin's feet before scurrying off again.

"Wow, did you see that?" asks Kristine.

"See what?" snaps Skin, bouncing down off the table into his seat.

"That waiter. He had no face. It was completely blank. Very 'Sapphire & Steel'."

Skin's already scoffing his crumpets down, so doesn't answer, lest he be seen talking with his mouth full, a faux pas Matron beat out of him at a very early age.

Kristine is still looking back towards the kitchen when there is a terribly uncivilized ripping sound, and the sky outside the window tears open, revealing a crack in existence itself. A hole into nowhere, an invasion of nothing, the intrusion of oblivion The end is now.

Doctor Skin studies the catastrophic phenomenon. The end of existence. The final and complete destruction of everything, regardless of worth. The apocalypse in total. Skin looks back at his wristwatch.

"Well. It's about fucking time."

WE INTERRUPT THE END OF THE WORLD TO BRING YOU SOME ADVICE....

1) Never, EVER argue politics with your significant other's father.

WE NOW RETURN YOU TO ARMAGEDDON, ALREADY IN PROGRESS.

Newspapers have magically appeared on London's streets, there purely to show the invisible air movements the tear in the space/time continuum creates.

In the tearooms, Dr. Skin & Kristine have chosen to deal with this problem the only way they know how - ignore it and hope it goes away.

"It's still there," moans Kristine, when they both turn around after a few seconds of hardcore ignorance.

"Christ!" blasphemes Skin. "This is more depressing than 'The Lakes'! Doesn't anybody know how to have fun anymore?"

"We still do," purrs Kristine, doing unspeakable things under the table with her feet.

"So what do we do in the meantime?" asks Kristine, running her hand through her short black hair and regretting, not for the first time, the severe haircut she got at some screamingly fashionable hair salon in another London.

"Have a few drinks, I suppose," replies Skin. "Have a few laughs. See what happens."

Unable to bear the extra-temporal stress, the moon explodes in the sky, showering the world with super-fast, super-hot chunks of ridiculously common rock.

"Hardly," says Skin, knocking on the table. "Waiter! Bring us the finest wines known to humanity. We want them here. And we want them now."

The Waiter With No Face returns, bearing wine. He places the bottles on the table and goes to leave, only to be stopped by Kristine.

"Say, how do you end up with a face like that anyway?"

The waiter whips out a pad and pen and scribbles an answer on it, throws it in Kristine's general direction and quickly makes his way out of the room.

She catches the note and reads it.

"What does it say?" asks Skin, genuinely curious.

"Hh," retorts Skin in a splendid impersonation of the caped crusader.

The sky bleeds red, the ground gives up its dead and the sea screams.

Kristine cracks open a nice bottle of red, and guzzles it down. The bottle is empty in less time than it takes to tell, and the resulting burp is full, rich and satisfying.

"Crikey!" laughs Skin, opening a bottle for himself. "Take it easy, love. We've got some traveling ahead of us."

"What? Where are we going?"

Skin waves his arm in a complicated manner, managing to point to everywhere at the same time. "Oh, you know. Here and there. I was thinking of going back to J Street."

The hole in space pulses, and half the known universe ceases to exist, consigned to unending oblivion.

"Well," ponders Kristine, her future an open book. "Anywhere's better than here. We've been stuck in this godforsaken place for long enough."

"Quite!" hollers Skin, leaping to his feet and clearing the table of it's contents in one fell swoop of his long, bony arms. "Let's go out! Make new friends! Have adventures!"

"Sounds good to me."

The sun turns black, shrinking as it's power is eaten away by forces from beyond this particular universe.

Kristine stands up, and our two protagonists pull on coats, sunglasses and evil looking black gloves. Skin strides toward the door.

"But what about the bill?" asks Kristine, momentarily hesitant.

The wind tears at their bodies as soon as they step out the door, threatening to rip them away from reality. But it's a few short steps to the Car With No Name, and they clamber inside at a reasonable pace.

Doctor Skin turns the ignition key and the big fuck-off engine roars into life. He hits the gas a couple of times as he waits as the Jump technology, their ticket to the multiverse, warms up.

"So," yells Kristine, desperate to be heard over the considerable din. "What time is it anyway?"

Skin makes the last of his preparations, sits back and grins at his improbable audience before delivering the inevitable punch line.

"It's much later than you think."