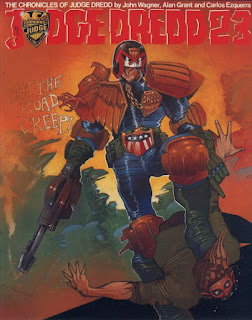 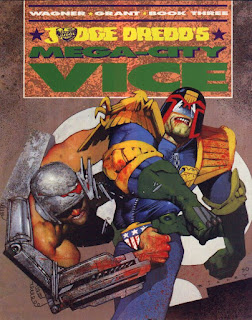 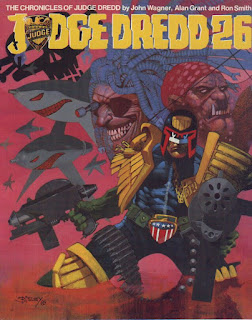 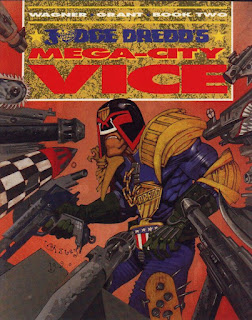 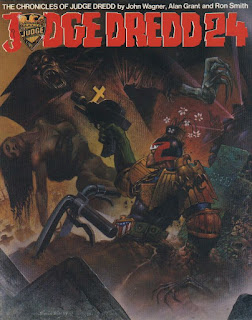 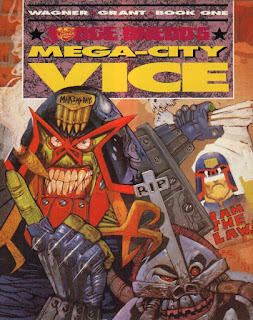 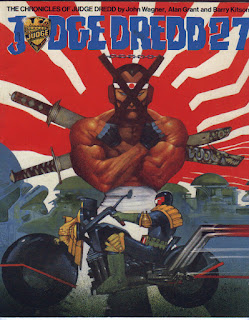 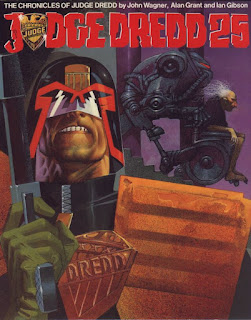 It's impossible to overtstate how influential Simon Bisley was on British comic artists of his age. After his astonishingly explosive work on Slaine The Horned God, all of his contemporaries started slapping on the paint, with many ordered to do so by editors determined to capture the magic of Bisley. But the artist, who famously had no fucking idea what he was really doing when he decided to give painting a crack, was lightning in a bottle, as can be sen in these covers. Nobody used colour like Bisley did, or had his weird and endearing awkwardness, and he instantly clicked with the idea that Dredd is an inherently absurd story, and that its blast of dark humour and action needed an absurd face.