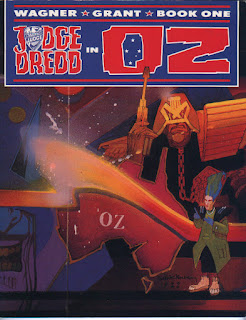 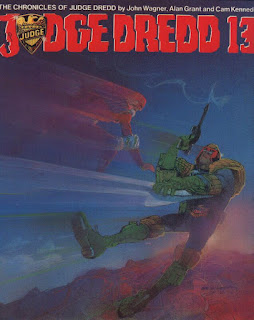 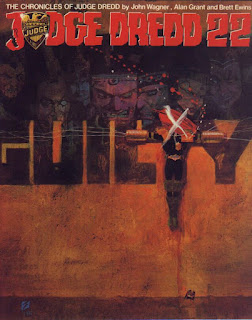 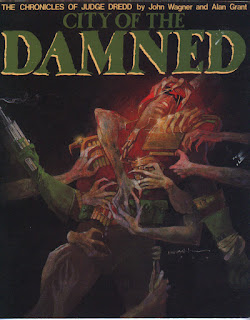 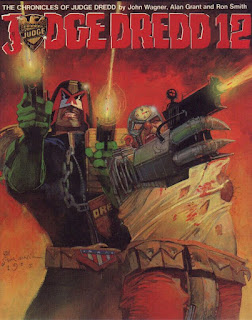 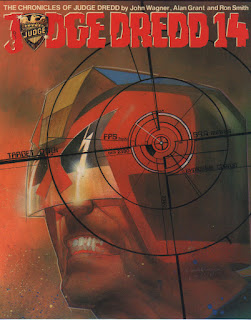 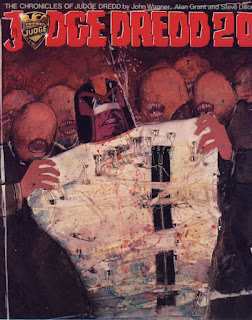 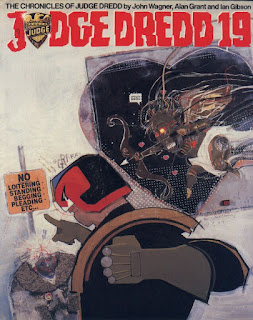 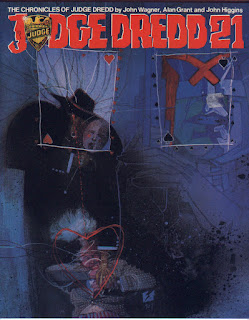 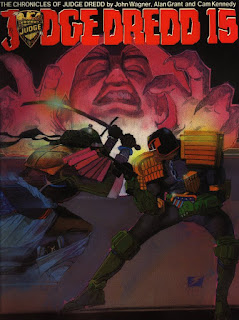 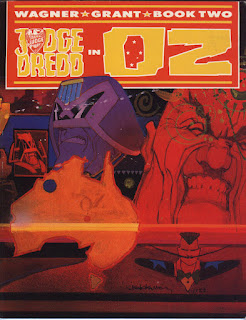 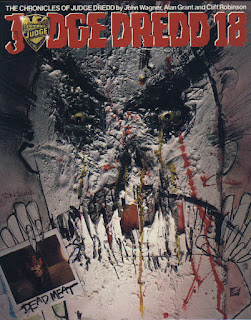 Sienkiewicz's art is always an absolute visual overload, and while it's a tragedy we never get him doing any sequential work on a 2000ad character, he did produce some of the very finest covers for Titan. Dredd stories didn't look like this at the time - after Bisley came along, any jobbing British artist with a paintbrush and a total willingness to jump on a bandwagon was laying on the pigment as heavily as possible - and Sienkiewicz really captured something new with his hazy and exaggerated Mega-City One. The City of the Damned cover was a particular stunner, conveying the real horror of that tale that was sorely lacking in the story itself, and is arguably the single best cover of the entire Titan line.