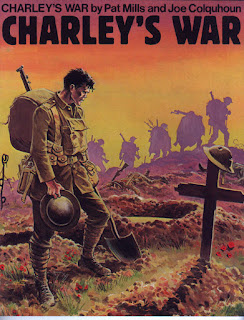 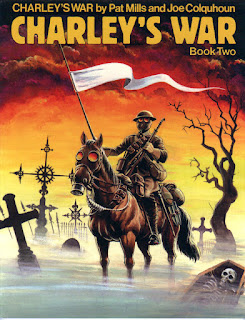 Charley's War was the one of the very few non-2000ad strip to get his kind of Titan treatment - there were some Jeff Hawke books as well, but who gives a shit about Jeff Hawke? - with Joe Colquhoun doing the usual expereinced brilliance for the covers. While it might not have had robots and ray guns, Charley's War is the greatest war comic ever produced, so it was always worth collecting like this.
Posted by Bob Temuka at 2:47 PM