You come in alone, but you don't need to leave that way


Reading comics is a singularly individual activity. You can share them with your mates and talk about them and laugh about the best bits, but when it comes to actually sitting down and reading the bloody things, you're on your own.

So it's not that surprising that most of my friends aren't into comics at all. They don't hate them or go out of their way to avoid them, but it's not their thing. And that's fine, we can bond over other activities like rugby or movies or getting wasted together.

Most of my friends don't care about comics. But some of them do. And they care a lot. 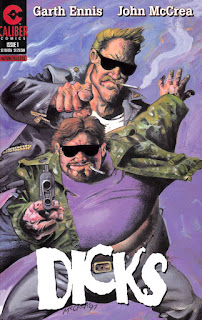 I have this half-arsed theory that comic people in places like New Zealand and Australia are just a bit more obsessive about these things than their American or British counterparts, even though we all speak the same language. We live on the arse end of the world, and it has historically taken fuckin' ages for comics to get here, and even when the exchange rate is good, they are always fuckin' expensive.

I mean, you're just not going to get the same amount of obsessive collectors when you're paying nearly $10 for an average issue, but those that remain and happily spend that much for their latest Captain America fix are pretty hardcore. There aren't many of us, but the other thing about living in such a small country is that we often end up finding each other, all the same. 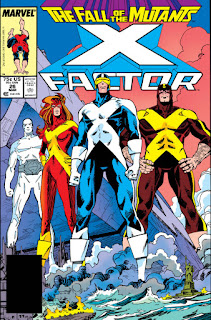 It's much easier to make friends who dig comics when you're a kid, and they don't have that weird social stigma that so many fairweather fans of the form get worried about. Almost all of the kids I grew up with read some sort of comics - some were into Archie, some only read weekly British gag comics, and others would only read things like Weird War Tales. But even with that kind of influence on everybody, there were still only a few kids who were really passionately crazy about the medium, and we usually found each other.

Me and my best mate first bonded over the Judge Child Quest sometime in early 1985, when we both ended up in the same class in primary school. We both loved Doctor Who and 2000ad, (although he was always more of a Battle boy), and spent many long, hot summer days wondering what Johnny Alpha was going to do to Max Bubba when he caught up with him (he shot him, a lot), or wondering what the hell was in Kano's black box (it was his brain).

I'm responsible for getting him hooked on the X-titles, mainly through the Simonson/Simonson X-Factor book, and he lasted a whole lot longer on the x-books than I ever did

Thirty years later, and nothing really has changed. He still gets the core X-Men titles, and now has a full collection of all the post-Giant Size X-Men issues that would have blown our 10-year-old minds. We still gossip about the new Judge Dredd comics, and when we get drunk we talk about how awesome the Apocalypse War was.

Every now and then, he'll come up the length of the country to visit, and we'll hang out, eat junk food, talk shit about the X-Men and wonder what will happen in the new Doctor Who. Same as it ever was. 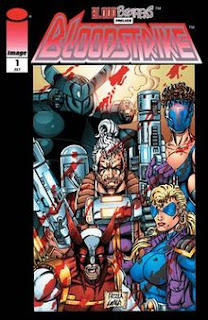 My other mate who shared a childhood obsession with comics lasted a while, although we haven't really seen each other properly in 10 years, and I think I lost him to Dungeons and Dragons bullshit.

But he was still getting comics as late as Alan Moore's ABC titles, and I was gladly reading his copies during a particularly dodgy couch-surfing part of my life when I couldn't afford comics, and had nowhere to keep them anyway. The great thing about this mate was that he had quite good taste in comics – apart from a regrettable Liefeld period – which was just slightly different from mine.

We took advantage of each other, and sometimes we blatantly pilfered comics from each other, and I still feel weirdly guilty about that. I found a cover-less copy of a Marv Wolfman/Gil Kane Action Comics issue the other day, that I remembered nicking from him sometime in the mid-to-late eighties. Sorry, mate. You can have it back if you want. 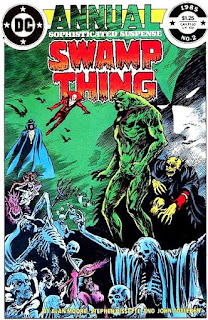 But these guys were, by far, the exception, rather than the rule. I might swap a 2000ad for a Tiger with Chris, or be given my very first proper Alan Moore by Glenn, but those guys had other interests, and soon grew right out of comics altogether.

And now, a lot of my very best friends don't care about comics at all, even though they will read the odd one. Some of them get hooked on very particular things – broad and bawdy humour like the Ennis/McCrea Dicks comics and Morrison, Millar and Parkhouse's Big Dave both found favour with some  – but they never felt the urge to go any further into the medium.

And as awful and corny as it sounds, my lovely wife really is my best friend now, and she don't give a fuck. 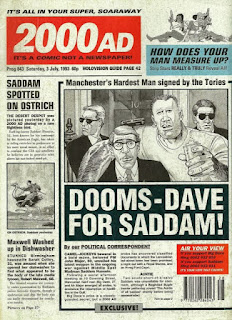 That's okay – shared interests are only a tiny reason of why you like somebody. Some of the good friends I've made over the past few years have zero interest in geek pursuits; one of them still makes fun of the 'Daylek' I have on my work desk, and one who really surprised me the other day by saying how she wanted to check out the new Star wars film, as her first night out at the cinema since having a second boy.

But there are other new friends that I've made, some even generated by this blog, who are just as into comics as I'm am. And while comics are a totally individual pursuit, it's still good to catch up with good mates and talk shit about Alan Moore's new Providence comics, over a beer and a laugh. You can't be on your own all the time.
Posted by Bob Temuka at 8:26 PM