The Leftovers: Nobody is doing this alone 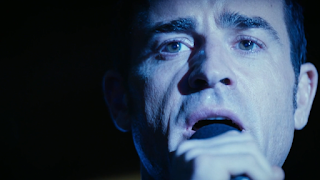 When you're going through an awful bereavement period, The Leftovers is either the very best or very worst TV show to be binge watching. I burned through the first couple of seasons in days just recently and I'm still not sure yet.

Behind that staggeringly high concept of the show - an unexplained event where two percent of the world's population suddenly vanish - and a pleasing unwillingness to explain any of its mysteries, The Leftovers is full of weird, weighty themes and post-modern analysis of our culture, and is about family and home and our place in the universe.

Most of all, for this suffering soul at least, it is about grief and the human ability to deal with it. It's something we all go through - we all lose people we love at some point in our long and tragic lives. And when it happens to you, it can be so fucking traumatic that it can genuinely make you feel like nobody else has ever suffered it in the whole history of humankind.

There is almost always close family and friends, usually all stuck in the same spiral of sadness and depression, and you get through it all together, but you also get through it because everybody else you know isn't broken, and they pull you back to the real world by showing that life goes on, no matter how much your heart hurts.

But in The Leftovers, everybody is broken at the same time, and it breaks society, leading to things like doom cults making everybody else miserable until they are annihilated. One character loses her mother the day before the big event and her grief is outright stolen, and when the whole world is grieving some kind of loss, nobody gets to recover properly and is lost in their bereavement. (The few people who have just got over it and can't figure out what all the fuss is about inevitably appear appallingly hollow and wrong.)

It's an awful fate for any one person, let alone an entire society. Thank goodness we haven't to deal with such a huge and sudden tragedy in the real world, or I know we'd be just as broken. 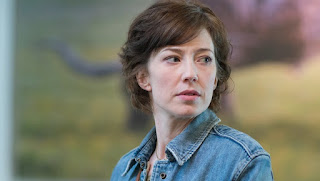 Still, for all despair and desperation, it's an easy show to slam through. It's brilliantly acted - it's a goddamn mystery why Carrie Coon isn't the biggest actor in the world, Justin Therox does the best terrible karaoke scene in history and Liv Tyler is an absolute revelation. The writing can be maddening, but in the best possible way, throwing out the rule-books on structure and destiny an following its ridiculous premise out to its full and fulsome end.

It's also really funny and surprising, and comes packed with indulgent dream and afterlife sequences  that are also horribly familiar, because I'm still dreaming about my dead dad every night, and talking to him in hyper-real and impossible situations, every time I lie down to sleep. (Also, one of the last things my Dad ever said to me was that everything was so bloody weird where he was, and I can't stop thinking about that.)

The otherwordly moments could be accused of being weird for weird's sake - a criticism I always hate with a passion, because that's what weird should be - but they're just another reminder of this painful process we all have to face, and all have to deal with.

Because we're not alone. The whole world isn't broken after a personal loss, it just feels that way. You don't have to go far to see how truly horrible it would be if the world was really that shattered, because it's there in every frame of The Leftovers. 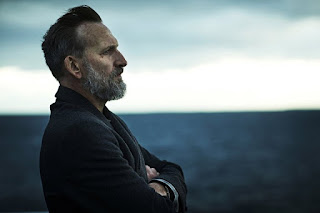