The Avengers aren't that complicated 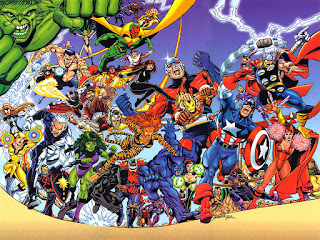 There is already a bunch of pre-criticism about the new Avengers film - because nobody waits until they've actually seen a film before passing judgement on it these days - and while some of the moaning will undoubtedly have some validity, I just can't get with the idea that these films are getting too complicated to follow.

There have been well over a dozen films set in the Marvel universe so far, each introducing their own cast of characters, each adding new locations and aspects to this sprawling cinematic universe, each with their own themes or goals (although things like "daddy issues" and "giant shit falling from the sky" are repeated motifs).

But I'm baffled by the idea these things are too hard to follow. They're not complicated, there are few mysteries or dangling plot threads, each film is pretty much resolved in itself. They're pitched at an audience with the mental capacity of a 12-year-old, which covers most of society, and anybody who finds these things too complicated probably has bigger problems in life.

The new film has something like 40 main characters, but they're all blocky, basic archetypes, with the odd nuance or shtick. Keeping track of all their shenanigans is a piece of piss, requiring very little proper brainpower. These things don't rack up massive grosses by befuddling their audiences.

I'm off to the NZ premiere of the new film in a couple of nights, and the guy I'm going to said he had problems keeping track of it all, and all I could think is: pal, if you think this stuff is too complicated, try reading the monthly comic books for a while. 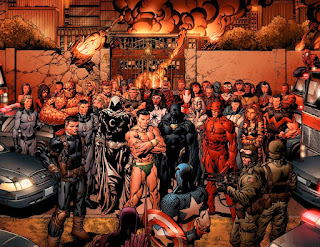 I'm not blessed with great brainpower - as the idiotic ramblings on this blog for the past nine fucking years should have made quite clear - but I don't feel the need to go back and re-watch every Marvel film before we head into the climax of the series' second phase. I think I've got this.

It probably helps that I have been immersed in Avengers-lore for nearly 40 years and have read hundreds and hundreds of Avengers comics over that time and that's been pretty easy to keep track of (except maybe the Kang stuff, because the whole point of Kang is that his timeline makes no sense at all). I might not remember every single individual panel, but nobody needs to do that. keeping track of the big picture stuff is enough.

There's this insane idea that you can't go into a movie sequel without remembering every single scene that has happened in the previous installments, but that's not true at all. We all remember the big stuff, every thing else, it's all mood, or characterisation, or world-building. To use a classic film example, nobody gives a flying fuck who actually killed the chauffeur in The Big Sleep, it's still an amazing movie without that being ticked off a plot checklist.

But even people who can't tell Wonder Man from the Beast can keep track of complicated narratives that stretch over years - professional wrestling has some insanely convoluted plots going on both inside and outside the squared circle, and trashy soap operas can keep storylines going for literally decades without the audience ever getting too lost. Some of the details may fade, but the storyline endures.

Like all the rest of the Marvel movies, the new Avengers film looks like it will be competent and crowd-pleasing, with odd moments of surprising cleverness and transcendental beauty. It will probably make all the money in the world.

But it just ain't that complicated.These things never are. 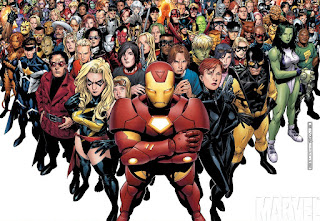 Agreed. People too often exaggerate how "convoluted" and "new-reader/viewer unfriendly" continuity can be, which is nonsense. 99.9% of comic readers started after FF#1, after all, and managed to get up to speed...