My Dad was no nerd 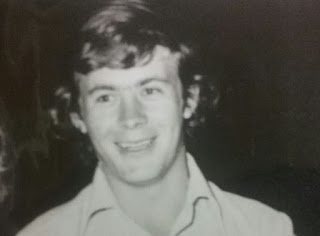 When I was 16 or so, my Dad went to the pub with one of closest mates and told him he was worried about me. Like a lot of teenagers trying to figure out their place in the world, I was a hardcore nerd and Dad couldn't understand why I wasn't more interested in chasing girls and drinking beer, like all the other boys did.

He shouldn't have worried. Within a couple of years I was throwing up in the back of his new car after drinking too many cheap jugs of beer at the Mosgiel darts club, and I've been married to a wonderful woman for 11 years. I never stopped being a fucking dork, I just worked out I could still get pissed and talk to girls, while also being slightly obsessed with Legion of Super-Heroes comics.

Dad didn't understand why I wouldn't throw away my old X-Men issues, or why I spent all day in the second hand bookstore looking for the last Hardy Boys book I needed. He knew he had to tell me not to get a Star War when I got sent to the video store to get something for the family to watch, but he never really got why I could watch Return of the Jedi over and over and over again.

He could still be sightly dorky himself – Dad had a particular fondness for Strontium Dog stories in 2000ad (although he was never into things like Halo Jones), and I'm pretty sure he saw every z-grade ninja film from the 1980s. He just never really gave a shit about these things, never really got obsessed with anything. It wasn't his style.

While Dad was always a bit baffled by how much of a goddamn geek I was, the important things is that he never judged me for it. Sometimes he even encouraged it – I knew exactly how many beers he had to drink at a family barbecue before I could hit him up for the $4.25 I needed for the latest issue of Excalibur, and he never ever told me to get rid of all these bloody books and comics and videos I had, even when they started filling boxes and boxes that he had to cart between the houses we lived in.

This acceptance of my terrible nerdiness was just a tiny part of the reason I loved that man. He was loyal to a fault, a fantastic role model and the best boss I ever had. He didn't know how to lie and had a strong handshake, right up to the end.

Dad died a few weeks ago and this world is a shittier place without him in it.

I only found out about his concerns with my teenage dorkiness when his old mate got up and talked at the funeral service, but I'm so glad I got to show him he had nothing to worry about.

Despite his concerns, he let me be who I wanted to be, no matter where that road took me, and it all turned out okay. Rest easy, old fella.
Posted by Bob Temuka at 1:36 PM

Really sad to hear about your loss. Obviously we've never met but I've been reading this blog for so long that I feel as though I know you! He sounded a thoroughly decent bloke so I decided to reread some Strontium dog in his honour (and discovered they're still terrific)