Why am I bothering with The Orville?


Nobody has the time, money or inclination to follow everything in modern pop culture - you have to choose what movies or TV or novels or comic books you bother with. It's not hard, you can base it largely on personal taste, recommendations and the past form of the creators involved.

The first reason is how I ended up watching The Orville this week, but I'll probably keep watching it because of the second. 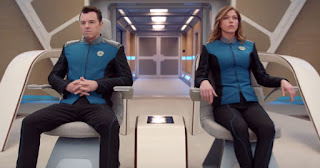 People who are total contrarians about everything they watch, read and hear are, unfortunately, usually boring as hell. You're allowed to like stuff that other people hate, and vice versa, but if you base all of your opinions on what everybody else is thinking, in some vain attempt to stand out from the crowd, then you're unlikely to have anything interesting to say.

But it still happens - I'll end up liking something more because I've been told it's bad for me, and I will have affection for something everybody else sneers at just because... well...

Fuck you, buddy. That's why. I can like what I want. We all can. 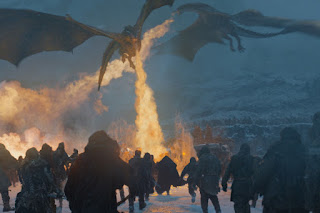 It would be a boring world if we all liked the same shit, and I welcome different opinions. But there is also that knee-jerk reaction against the great nerd hive-mind, especially when it gets too enthusiastic, or too scathing, about a particular movie or TV show.

While I can't follow everything, I still check out half a dozen nerd sites almost every day, just to keep up with the play, just to see if there is anything good coming. That great nerd hive-mind is easy to see from this perspective, even if it isn't exactly that impressive.

It's all harmless enough, but it gets bloody boring when there is some kind of great geek consensus reached, where it's already taken for granted that, say, the last season of Game of Thrones was poorly written, or that Frank Miller doesn't have anything interesting left to say about super-heroes, or that JJ Abrams coming back to Star Wars is going to be a great disaster, (I certainly don't agree with any of that).

Like a lot of people, I often have some affection for TV shows that absolutely everybody else has written off as dumb trash, and that affection only increases in proportion to the amount of hate lumped upon it. If it's taken for granted that I'm a fool for doing so, then I'm a happy fool. 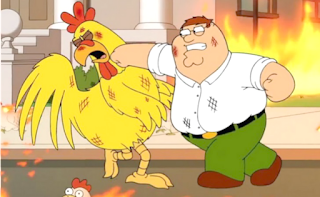 I must be some kind of fool, because after 6000 articles, essays and tweet telling me it was bad for me, and I should avoid it at all costs, I still watched the first episode The Orville - the new Seth McFarlane show that is a totally shameless Star Trek rip-off.

All the smart people know that Family Guy is the worst show, and Seth MacFarlane is a smug, arrogant prick who is the worst embodiment of boring privilege, and the humour is so lazy, don'cha know?

I don't give a shit about any of that, I think Family Guy is fine, and sometimes a lot of fun. Scatological and slapstick humour has it place, just like narrative-driven laffs do, and most of the best people I know are smug, arrogant pricks. I mean, I never went far enough to watch American Dad or The Cleveland Show, but shit, I'll still watch a new Family Guy any day. 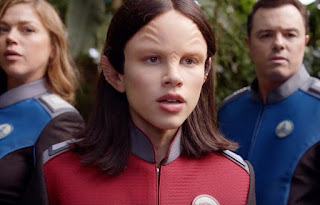 So when The Orville dropped onto my TV screen the other night, I didn't just automatically skip past it like any sane person would, partly because of that tolerance for that kind of humour, and partly because of some lingering and idiotic contrarian impulses.

After all, it couldn't be as bad as everybody was saying - they never are. There is a dull 'everything is awesome/everything is awful' that a lot of cultural criticism boils down to, and that leaves a lot of room for stuff that's just.... okay.

And The Orville is okay. I actually like the way the characters react to stressful events with dumb jokes and lame one-liners - because that is what people actually do in real life. And it's actually nice to have a Star Trek-type story that isn't bogged down by the boring need to play up to the iconography of the 51-year-old series, and can just get on with the business of some slightly goofy sci-fi nonsense.

I know there are better shows I could be spending my day on, but it's harmless enough, and the amount of bile flung in its direction starts to feel a bit forced. McFarlane has been making his silly shit for decades now - if you don't like it, you're never going to - but it ain't the end of the world. 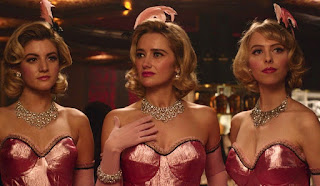 (I can't fucking believe I'm writing about this goddamn average piece of shit show when all I want to talk about is the new Twin Peaks, and how it is undoubtedly the best TV of the decade. But a curious effect of watching the recent series is that I had absolutely no interest in reading anything anybody had to say about it afterwards, mainly because everybody seemed so hell-bent on explaining every fucking thing, so I can't add to the cacophony, even though in real life I can't stop fucking talking about that last 20 seconds of the series and all the doppelgangers and Harry Dean Stanton and a thousand other pieces of the show.) 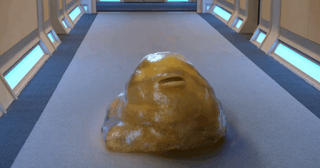 In the end, I just don't know how how much of the critical talk about this dumb new show is a knee-jerk adolescent reaction to MacFarlane's humour and his pissing on the Star Trek iconography, and how much of it has genuine insight.

I still delight in reading takes that are completely different to mine, because I'm never gonna learn anything otherwise. I'll be amazed if The Orville goes any further than this first season, but I'll stick around. All that bad blood doesn't harsh my buzz.
Posted by Bob Temuka at 5:09 PM

I never actually understand what you are getting at.
Is it good? or bad??

normally i wouldn't bother even going to the trouble of reviewing any show and maybe its the fact that FOX has her hands all over it , but each show has just pissed me off , in what life would people that behave the way they do would have a car licence let alone fly a spaceship in deep space and if the story line is to be , (-----) believed the newest top of there fleet deep space explorer , with adults with the behavior of ill mannered kids . It is truly sad just dame sad , it's clear they have all it would of taken to make a great program , but the storyline scripting call it whatever you like .is just weak to the point that i think you would find it hard to find any adult enjoying it , so is that what they were going for to see if they could piss off every trekkie fan or sci fi fans or people that read books before there was TV special effects. Like Asimov ,A C Clark , that gave us today's reality ,and called freaks by many for there forethought , what will the Orvill give the future , well maybe with 6 shows to go i'm hopping it will grow on me but i felt it strongly ,i've not been so angry about anything as much as this show as i love any fiction . it feed my mind and open doors it tomorrow , yet how is being angry ,pissed off and just disappointed get us , ???