I wish my younger self could see the emails that go between me and the lovely wife these days. I wish I could just forward them on to 1998, and let 23-year-old me recoil in horror.

He'd be appalled by the joy of a good salad, and the appreciation of jeans that cost more than twelve bucks. He'd be disgusted to see me shed more of the anarchism in my political philosophy, and wouldn't believe how much I need to go to a proper barber's this weekend so I can look good in Sweden.

Most of all, I like to think that my younger, dumber self would be making this face when he found out about my current enthusiasm and appreciation of scented candles:

This whole nature of time business means we're all always changing, all the time, becoming more normal or more strange over the years, or usually a mix of both. This is the way of universe, and fighting against it is like taking on the strongest river current, you're just going to drown.

Tastes change and slip over the years, opinions and obsessions that were once important and indispensable become forgotten and disposable. Just and hold onto them for too long, and you'll either drown, or just turn into another dead rock in the river. 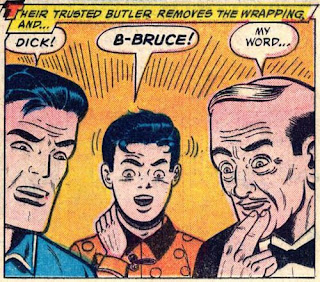 We should always be looking for something new. It's all right to listen to the classic rock radio station while you're at work or driving around town, but if that's all you're listening to, you're not getting anywhere in life.

Like a lot of folk on this small blue dot, I have an insatiable hunger for something new and interesting. I have my favourite directors that provide endless brilliant cinema, but nothing beats some slick new kid. I'm on an active quest to find new favourite authors, and the search for new tunes goes on and on.

My greatest failure in this regard is the comics. I stick to old favourites, long after they've gone off and reek of desperation; and I am frequently disappointed by all the latest hip comics, finding it incredibly difficult to find anything in the heaving morass of the modern comic book industry.

I still try, and I win small battles, but I think I'm losing the war. 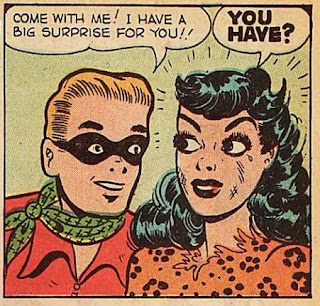 It's hard, and not just because of pure nostalgia. It's hard because all that old stuff is so fucking good.

I'm not winning this war of new appreciations, because all of my 10 favourite movies ever were all watched in that age between the late teens and mid-twenties. That's when I watched all the good shit that had been made up to that point, and figured out what I liked the most, and it's still the stuff I like the best.

That's when tastes in fiction became solidified, and a little bit calcified. I'll always think The Prisoner is one of the great TV shows of all time, even as the production looks increasingly more dated and cheap (the ideas, mind you, still shine eternal). It ain't changing. 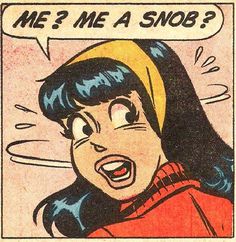 My easy list of my five favourite films hasn't changed since 1998 - it's still Dawn of the Dead, Withnail and I, 2001, O Lucky Man and The Good, The Bad and the Ugly. I've seen loads of other brilliant movies in the years in the past 19 years - and some of them have been transcendentally good -  but nothing that I've loved as much as those five.

Likewise, my favourite comics have been Love and Rockets and 2000ad since about the same time, and show no sign of shifting off that list anytime soon, because any contender is going to have to display decades of brilliance before I'd even consider them.

Plus, of course, that's the age where you've got the most freedom and disposable cash, before other adult things become more important. Maybe all my favourite shit was made before this century because little things like a partner, a family, children, travel, scented candles or a career get in the way.

Who has got the time to keep on top of all the new stuff, especially when going back and revisiting all the old best stuff is so consistently rewarding? 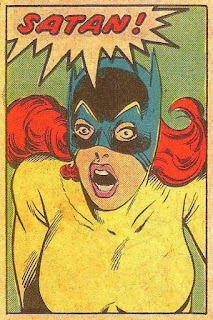 I'd like to meet my younger self, but I don't think I would actually like him very much. He was so fucking stupid, and weird, and poor, and ideologically pure, (or so he thought). Just another dumbarse working class hero, when that was something to be. He would probably be up on his high horse about some goddamn thing, or more likely, just drunk in the gutter.

The meeting would still be worth it, just for the scented candles revelation.

I do have a genuine interest in scented candles. I don't know where it came from, but I got really excited recently when my workmate Tom told me his partner made them, and I ordered a strawberry and champagne one from her, and it was absolutely fucking delightful. Our house now smells like love and happiness forever.

Young Bob would be appalled - it would be a waste of hard-earned cash for something so frivolous, it literally dissipates in the air, perpetuating the capitalist nightmare that is driving this world towards oblivion by giving in to the narcissistic drive to hide the world's bullshit beneath a pretty smell.

I don't care, our house now smells like love and happiness forever. Fuck off, young Bob. It ain't 1998 anymore.
Posted by Bob Temuka at 7:42 PM