The peak of geek


I'm not as dorky as I once was, and I've always wondered when that nerd tsunami peaked. So, using the finest research methodology, I've finally managed to exactly work out what point in space and time I was at my dorkiest. I based it on the one month in history where I owned more comics than any other month.

It took a while, but it was easy to figure out in the end. Unsurprisingly, it was the bloody nineties. August 1993, to be exact. 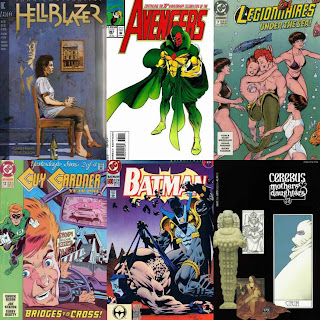 I worked this out because instead of having useful information like 'how to fix a car' or 'how to arrange a mortgage', my brain is instead capable of recalling any comic I've ever owned since I was 7-years-old, purely from seeing the cover. All that fucking useless information is still rattling around in my head, doing no good at all.

But it did mean I could use the database of comic covers at Mike's Amazing World, which showed all the comics put out by the biggest publishers over the past few decades, and figure out which month was the most frenzied for comic buying. It took a couple of weeks, but when I needed to do something to switch off from the world for a while, I would go through and count out how many comics I got from that month.

It wasn't not entirely exhaustive or scientific in any way - there were some comics that were missing from the list (a lot of small publishers aren't in that database, so no Love and Rockets, or anything like that); and I only did between 1985 and 2000, because I already knew that was when I bought the most comics, by far.

I wrote it all down and it looked like this: 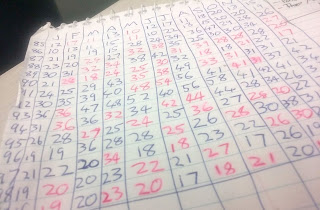 That might just be the nerdiest fucking thing ever posted on the internet, and I know that is a high bar to hurdle. 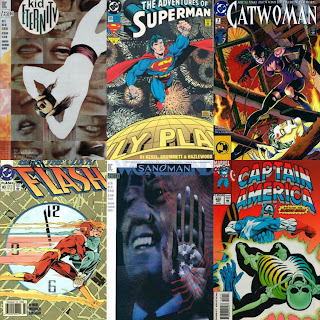 But as nerdy as it was to do this, I'm still nowhere near the levels I was in August 1993, because I have, at one time or another, owned 58 individual comic books published this month.

The nerdiness remained high, all the way through these years. There wasn't a month of published comic between 1985 and 2000 where I didn't end up buying at least 10 issues, and there are several years when I don't get any less than 30, every single month. This was, to use the technical term, a fuck-tonne of comics.

But August 1993 was the peak - it took a while to get to that point, and it never got quite that frenzied again. That was the high point of comics for me, and it's not hard to figure out why. 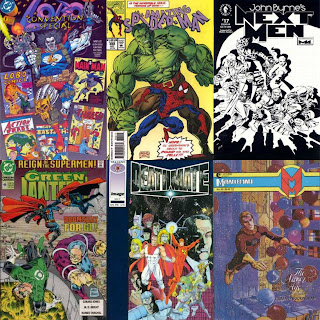 It's worth noting that there were always more comic buying at that time of year, because there are always a tonne more actual comics published every American summer.

That's when there were more crossovers, and annuals, and a lot of regular comics would go on a bi-weekly schedule for a few months. 1993 was particularly bad for all this - there was the Reign of the Supermen and Knightfall bollocks going on, a bunch of annuals introducing characters that nobody would ever care about again, and several thousand Infinity Crusade crossovers, as well as all the usual nonsense. June to August was always going to be packed with comics. 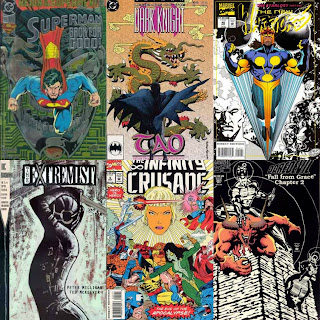 But really, it's all personal history behind this surge and ebb - 1993 was my first year out of school, my first year earning a wage, the first year I could buy anything I felt like.

Plus, I had a car, and I could get out of my tiny town and to the big smokes of Christchurch and Dunedin, raiding the comic shops there, and coming home with a back seat literally covered in comic book goodness.

It was also that time in my life when I went through that weird tipping point between a deep obsession with all things superhero, and the first faltering steps into 'mature' comics. A few years earlier, and it was all Marvel and DC, a few years later and they're the rarity.

I was definitely tending more towards DC over Marvel at this time, just because Marvel was stuck in a post-Image funk, while DC was really getting into the iconography of their characters, and were more willing to mess with the formula. But the days when it was all things superhero for Bob were numbered. 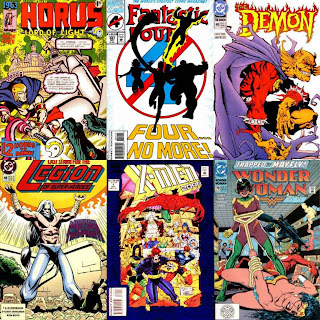 Most of these comics that I bought from August 1993 are long gone, the majority disappeared during the usual purges, when I realised I didn't need all those Infinity Gauntlet sequels and spin-offs, and all that post-death Superman, and all those endlessly awful X-comics, and they all went to new homes.

I do still have a small fuck-tonne of them though, sitting in boxes under the bed, a metre away from where I'm typing this. I've still got all the Legion of Super-Heroes and Flash and Cerebus the Aardvark comics I bought at the time, and most of the Vertigo from that period (I still can't get rid of Kid bloody Eternity). I still got the Miracleman and the Lobo. I definitely still have the 1963 comics and all the Garth Ennis books, (this month's issue of Hellblazer is arguably his best single comic of this period), and I was just reading the Batman comic with the sweet Arthur Ranson art the other day.

I've had most of these comics for almost a quarter of a century, and they've survived multiple purges, so as much of a cultural wasteland as August 1993 was, it still had some merit. 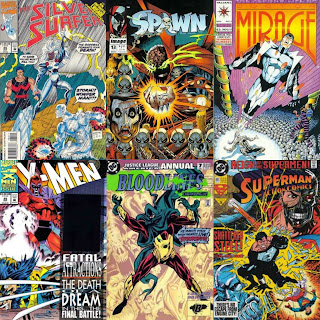 I got caught making this list at work a couple of times at work, and I couldn't admit what I was doing, because it was just so fucking nerdy. But it was pleasantly addictive, and mildly educational. I'm glad I did it.

I'm also still fucking glad I'm not 18 anymore, because outside of the comic obsession, I was the usual late-adolescent mess. But all I have to do is look at these covers and it takes me right back to that heady rush of young adulthood. Maybe it's worth using up all that brain space after all.
Posted by Bob Temuka at 6:13 PM