Romero's devil was always in the details 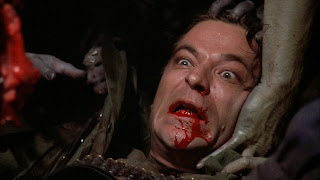 George Romero never really liked being pigeon-holed as a horror director, but he was asking for it, because he was just so very good at scaring the shit out of us. All modern horror films - and a large amount of crime, thriller and comedy movies - owe a debt to Romero.

He brought horror out of the gothic castles and into rural and urban America, using his movies as broad and biting allegories on the state of the world, and he didn't flinch from showing just how brutal things could be. Many of his films were pleasantly ambiguous about this world of ours, and some of them were bluntly pessimistic.

While the broad strokes of his metaphors were obvious, Romero really made an impact on viewers with the deft use of tiny details and little moments that made his stories sing with terror, and give his movies life.

There was the soft slipping of the sheet covering Roger as he comes back in Dawn of the Dead, and the nasty villain telling the ghouls to choke on his intestines at the end of the Day. The sheep in the field in The Crazies, running past a tiny massacre; Martin's inept clumsiness as his romantic delusions crash into real life; Ed Harris' smile as he rides on out of this world in Knightriders. A zombie on a horse in Survival of the Dead, the unsettling cleanliness of Creepshow and the Amish dude's chalkboard in Diary of the Dead. The meathook at the end of the Night, the belly button ring in the Land, and the detail that went into that fucking eye in The Dark Half. 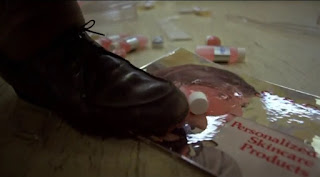 One that always stuck in my mind as desperately horrific in its banal finality was a tiny bit at the end of the original Dawn of the Dead - a zombie crashes into a display cabinet in the cosmetics section of an overrun department store, and then an undead foot steps on it, splattering goo over the floor.

There is something in that extraordinarily small moment that enforces the reality that this really is the apocalypse, really is the end of the world. The inhabitants of the mall have kept it remarkably clean and tidy as they used it as their own giant bunker, but when the dead reclaim it, they trod over everything, and make a hell of a mess, and nobody is ever going to clean it up. That paste, splattered across the floor, will lie there for a thousand years, and nobody will ever wipe it away. This is the new world, where all that materialistic bullshit means nothing. Nothing at all.

As wide as his allusions to society got, Romero was an incredibly subtle filmmaker, and he managed to raise big questions about race relations, just through casting decisions, that didn't need him to spell anything out. And it was in the tiny moments that made Romero a genuinely great filmmaker.

I hope he wins all the posthumous accolades he can, and that everybody makes dumb jokes about his career living on past his death. He would always grit his teeth beneath those enormous glasses whenever people made jokes about that in front of him, but you could always tell George was digging it. 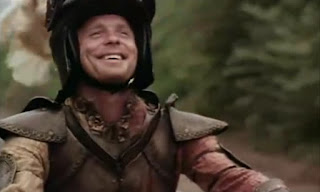