I’m such a fucking dork, I'm 42-years-old and I still obsessively try to figure out what comic books I’m seeing when they show up on screens in movies and TV shows.

It’s so dumb, but I keep doing it, every single time. 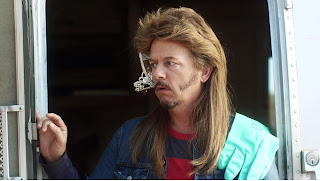 Like all idiotic obsessions, it started young, and then really got out of control in the teenage years, and I just never fucking grew out of it.

In my defense, I was a totally rabid comic book fan growing up, living in a small town that was very far away from any comic book shops, and I was getting by on the meagre offerings at the local bookstore and dairies. I was hungry to consume any comic book I saw, but there wasn’t much to eat at all.

But sometimes, they’d show up on the TV, or in the odd movie, and they would flash by on screen, and I couldn't focus on anything else anymore. I’d always try to figure out what they were. Like most teenagers, I spent an embarrassingly large amount of my teenage years with my finger on the pause button of the video remote, but unlike most other teens, I wasn't looking for brief flashes of movie star nudity, I was trying to work out if that was a copy of The Human Fly that showed up on an episode of CHIPs. 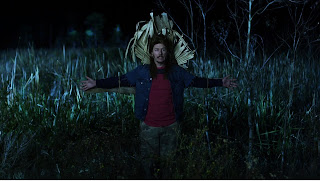 One of the best sources to seeing comics out in the wild of the wider world was the news. There were so many news stories about comics 'growing up' in the late eighties and early nineties, and getting into socially relevant shit, like the AIDs epidemic or the Rodney King beatings, and funny books full of swears and titties and blood. The stories would always go the same way, with obligatory referencing of the 1960s Batman TV show and sometimes would get somebody like Alan Moore to pontificate on what it all means, but the bit I always like best about these news stories was the part where they would go to the local comic store and find out what the local geeks thought of all this.

And as sad as it sounds - because I was so outside the loop that I didn't even know things the The Comics Journal existed and literally got my comic news from Marvel's Bullpen Bulletins, or their subscription pages -  those news reports are where I first heard of Love and Rockets, or some of the gloriously stranger Batman titles of the late eighties. Seeing their covers flash by as the news report did a sweeping pan across a comic store somewhere on the other side of the world was genuinely illuminating.

I used to tape all those news reports, and I’m pretty sure I still have a lot of them still somewhere in the back cupboard, buried at the end of dubbed copies of Robocop and Apocalypse Now. 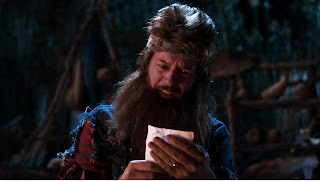 But as good as those news reports were, it was even more exciting when saw them on the movies - like the Nightmare on Elm Street movie with the comic nerd (part five, maybe? they all run together after a while), and there is a long pan across a bunch of Marvel comics scattered across the floor, and there was a genuine and pathetic thrill in seeing an issue of X-Men I had.  (They didn't save the nerd, he still got sliced to bits by Freddy.)

Long before nerd culture was fucking everywhere, dumb, schlocky films like The Ambulance, starring Eric Roberts, with its slight connection to the comic-book world, were as good as it got when it came to seeing comics up on screen, and I would always try to identify individual issues when they appeared.

It wasn't always easy. I’m still trying to figure out what the comic is that Clarence shows Alabama in True Romance. It ain’t Spider-Man #1 like he promises, that’s for damn sure. 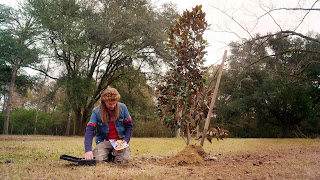 I’ve lived in towns with comic shops for 20 years now, and been to them all over the world, and I still sniff out news reports and movie appearances of comics like a dog chasing a squirrel.

It happened again the other day, and I wish I could say it was while watching something good. But it wasn’t, I was watching Joe Dirt 2.

I can’t justify watching Joe Dirt, it was a terrible film, with a wasteland of laughs, and I watched the whole damn thing because it was two in the morning and I had nothing better to do. But then there was the part where Joe Dirt goes back in time (don't ask why, I don't have a fucking clue), and he gets the bright idea to buy some old comic books, hide them away, and cash them in decades later

And I looked at it, trying to see what issues he was going for. Was it an early FF, or the first appearance of Wolverine or something? It must be something big to be worth a lot of money years later. 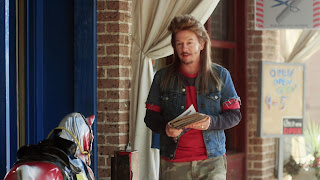 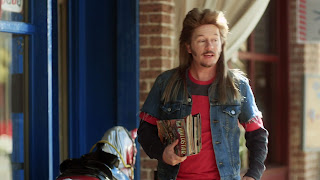 Is that fucking WILDSTAR? 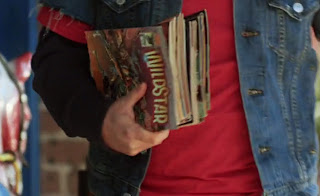 It is fucking WildStar!

Al Gordon and Jerry Ordway’s WildStar comic was an early Image superhero effort that didn't last very long at all - he got half a dozen issues of his own, and turned up in a few other Image comics, most notably The Savage Dragon. While it's certainly a professionally put-together comic, WildStar is precisely nobody's favourite superhero, and even the biggest comic nerds would find little worthwhile to say about it. 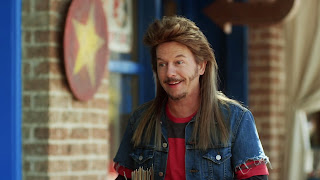 Unfortunately for Mr Dirt, I could get you five copies of WildStar for a buck, and they are literally worth less than toilet paper. Like many of the Image comics, there were tonnes more printed than needed, and with all due respect to the creators, they have been stinking up quarter bins for two decades.

Maybe this was the joke all along - Joe Dirt is as dumb as shit, and rather than paying for his children's future, he is literally buying something that will lose value over the years, rather than accrue it. WildStar comics might be worth something in the far future, when Earth is a burnt-out cinder circling a bloated sun, and a single copy of WildStar preserved in mylar is the last sign of human civilisation, but they aren't worth dick in the here and now. 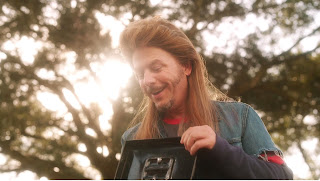 I think I’ve given Joe Dirt 2 more of my brainpower than this dumb film could ever expect.

I’m sure I’ve learned my lesson, and the next time a comic book flashes across the screen, I'm sure I will be able to resist rewinding and pausing, 'just to see'.