As long as he keeps on fighting the good fight and goes home for noodles afterwards, it doesn’t matter if he’s involved in a brawl with Doctor Moreau’s rejects on a lost island, or angsting on Netflix. Luke Cage is always Luke Cage.

For a character who seems so inflexible, and so rigid in his awesomeness, you can still do a lot with a Cage. 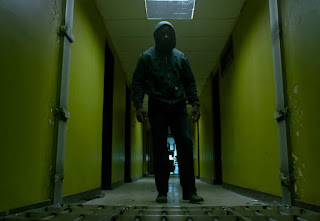 All of the most iconic of comic characters – legends like Batman, Spider-Man, or Judge Dredd – share a common strength: you can have a thousand different takes on the character, while still remaining true to a core concept that is rock solid, but allows for multiple interpretations.

As long as Batman is a force for justice in Gotham City, he can be the fun thrills of the 60s TV show, and also be the grim-dark avenger of the modern era, and both versions are equally valid. You can have your own favourite iteration, and somebody else can have theirs, and everyone gets along.

It doesn't have to be somebody as big as Batman, it can be someone as apparently set in stone as Luke Cage. The Power Man has been a lot of things in his 40+ year history - the hero for hire who will slap down Doctor Doom to get his money; the friend and ally of Iron Fist and the Daughters of the Dragon; a 21st century New Avenger; and a father and husband who is part of the domestic heart of the Marvel Universe. It's been a fairly natural progression, but there is always room for new and unexpected side-trips, and the big man has made a couple of those recently. 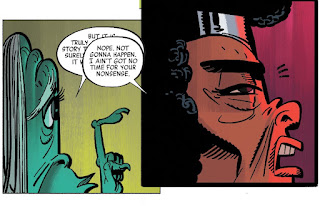 In fact, Luke Cage's profile has never been higher, with his own TV show as part of Marvel's Netflix ambitions. It got a generally positive reaction, had a great soundtrack and set up Cage to be the hard spine of the forthcoming Defenders mini-series. Even with some gentle ribbing at his original look of open yellow shirt and metal tiara, it was awfully faithful to the comic Cage.

Meanwhile, in comic book land, a Cage comic from Samurai Jack creator Genndy Tartakovsky was published at around the same time, and with huge, garish splashes of panel-splitting fisticufss for entire issues, it couldn't look less like the Cage TV show.

But you don't have to choose between them. They're both fine stories, in their own different ways. 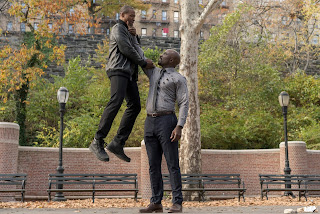 Still, if I had to choose, I’m going for the idiosyncratic and crazy comic book over the moody, serious TV show every single time. I overheard somebody in the comic shop declare the other day that Tartakovsky's Cage was everything that was wrong with superhero comics, and I couldn't disagree more, because it's everything I look for.

Tartakovsky’s comic was a long time coming, and was first promised a decade ago, but that time wasn’t spent creating an intricate plot – Luke Cage and some other heroes get kidnapped by a bad guy and his animal army, and Cage beats the living crap out of them.

And that’s it. It’s stylish, a bit silly, fast-paced and simple – the whole series isn't much more than a compendium of fight scenes, and when Cage is knocked out, the comic devolves into a series of trippy splash pages that mean nothing, but look amazing. The whole thing could be read in 10 minutes, if the reader didn’t want to dwell on the details. 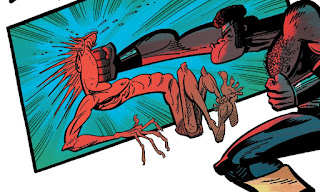 Which would be a mistake, because there are plenty of sweet details to dwell on. The comic has got a wicked sense of humour, with Tartakovsky’s impeccable comic timing unhindered by the boundaries of the comic panel.

By the time Cage is the last hero standing for the final fight against the big bad, and unloading with his fists, (which he brilliantly names “slamma” and “jamma”), the fight is gloriously breaking the laws of time and physics. Cage prevails, of course, and it all ends with smiles and dumplings. This simplicity of storyline might have outraged the dude at my local comic shop who was only interested in angst-ridden and miserable slices of grand superhero continuities, but I’m always a sucker for such a happy, complete limited series like this. 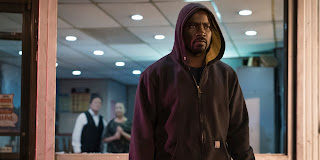 The TV show had a much bigger audience than the comic, but a lot less laughs.

As part of the Marvel/Netflix group of street-level superheroics, it has a certain aesthetic and tone it has to stick to, making it easy for the main character to slot into the Defenders. This leads to an inevitable sense of blandness, like the edges have really been filed off the story, and a more stylish and unique show is buried beneath the needs of the committee-style storytelling.

The Cage TV show did still go for a certain groove and swagger to set it part as its own show, by bringing race issues to the forefront, and by making music a key component. But it still suffered from that same flabbiness that Daredevil and Jessica Jones had, when there just wasn’t enough story to keep things sharp and focused for a dozen episodes, and it could easily have cut back a third of its season without losing any of its impact.

So while it occasionally opened up and got a bit looser - like with the sudden appearance of Method Man and his Cage-inspired rapping, or in the easy chemistry between Mike Colter's Cage and Simone Missick's Misty Knight - it stuck to the by now familiar rulebook. 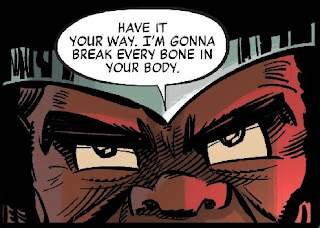 On the surface, the Cage comic and TV show could not be more different, with dissimilar tones, needs and goals. But they're both recognisably Luke Cage, despite these different paths, and they both have some worth. They don't have to match up perfectly, there is just no need for it.

There is another new version coming, of course. There always is. Marvel recently announced a new Luke Cage ongoing comic and, unsurprisingly, it looks a lot more like the TV show that Tartakovsky’s unique efforts. It certainly makes sense, if the comic can grab even the tiniest slice of the audience of the show, it would be a runaway hit, and the comic company is obviously hoping the fabled new reader is on the look-out for something that looks a little bit like that show they liked. They're just giving those people what they want.

But while that it understandable, good art always gives us something we didn't know we wanted in the first place, and I didn't know I needed a Tartakovsky battle royale featuring Marvel's hippest heroes, and the zen violence from which Cage merges triumphant. But I really did.
Posted by Bob Temuka at 2:54 PM