Star Wars: Step away from the internet 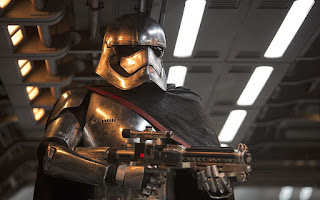 Just like everybody else in the whole damn world, I’m a long, long-time Star Wars fan, so I was delighted to attend the New Zealand premiere of the new film last night.

It’s very good, and hugely entertaining, and comes very close to choking on the ‘Hey, remember that cool thing? Wasn’t it cool?’, but its puppy-dog eagerness to please everybody is kinda charming.

It has a couple of big ‘Star Wars will never be the same again!’ moments, which will all be common knowledge this time next week, but remain great little mysteries for the first few days, so I’m not going anywhere near that. But the film is great fun, and rocks along, and it’s one of those movies that is enormous fun in the cinema, but starts falling apart as soon as you leave the theatre. 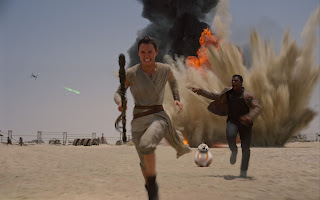 They made me do a first-take review straight afterwards, and my fevered (and totally spoiler-free) rantings went online here, (although my colleague Dan Slevin’s review is way, way better). I wish I had mentioned how surprisingly brutal it was at times, and how much I loved the three main new characters, especially Rey, but you get that.

I’ll leave it at that, but if you are not seeing the film for a few days yet, I implore you to step away from the internet, and shut yourself away from that part of the world. A total media blackout sounds like a bit of nightmare, but can be pretty bloody refreshing. You won’t regret it. 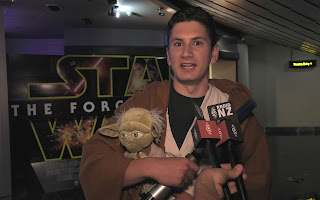