No time for computer games

All the computer games I play now are 10 years old. It's not just because I gave up serious gaming in 2005, it just always takes me 10 years to catch up with what's cool in the world of video games.

And it takes me that long to afford them – I would never pay eighty bucks for a game, but I'll happily stump up twenty when it had come down in price. My comic habit is expensive enough to soak up much of my disposable income, and most of my rapidly-dwindling time on this planet.

Ten years ago is about the time my video game habits shifted quite sharply, because that's what happens with life. It gets in the way of the games. 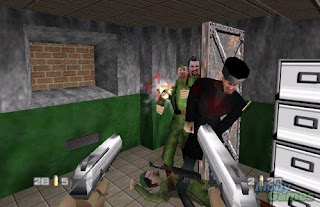 Like all true dorks, I had a youth that was saturated in video games. We had some Atari knock-off thing when I was a kid in the early eighties, and later spent a vast amount of my teenage years in seedy video game parlours. I still get all weak at the knees when I think about playing Black Dragon again.

And when I first went flatting, me and my mates seriously invested in the N64 and the first few Playstation machines, and after a few all night sessions of games, weed and meat pies, we all became grand masters at early generation console titles like Doom, Goldeneye, Jonah Lomu Rugby, Tomb Raider, Gran Turismo and the first couple of Grand Theft Auto and Resident Evil titles.

I could still play some of those games in my sleep. I still know how to get a GOURANGA out of an original GTA rampage, or where not to step when running down those endless Resident Evil corridors, so I don't get eaten by rotten corpses and gigantic crocodiles.

And there were plenty of weird, one-off games, like Exhumed and Serious Sam, which I got hooked on just because they were there. I was usually always one for the shoot-em-ups, going on horrendous rampages in self-contained universes, but I was always up for a wrestling tournament, or the odd racing game. 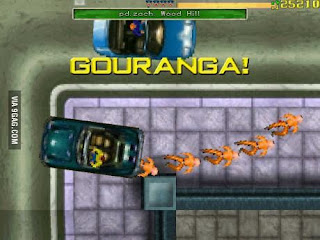 And then I grew out of flatting, and I haven't had a console in the house since 2001, although I periodically borrow one for a weekend of GTA awesomeness.

This was only right and proper, because it's perfectly acceptable to waste your youth on these things, but if you're still spending all your time on video games in your thirties, your priorities are getting screwed. That's when things like family and career and all that rubbish take up more and more time.

The timing of all this means I missed out on the whole MMORG thing, never really getting into the shared universe ideal. It did look like a lot of fun, but again, I just couldn't devote the time to it. Not when there was a wife to woo, and so many comics to read. I could only play games for a couple of hours a week, so there was no time to explore these new digital worlds, or team up with other players for big missions. I'd just let 'em all down. 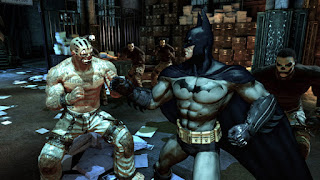 For the past decade, my video game playing has been largely reduced to a few old and cheap PC games, and even if I aren't putting in the hard yards, I still waste plenty of time on them to this day.

I got a bit obsessive on the first Arkham Asylum game this time last year, because it was great for doing crazy shit with some mad mashing of the controls, before I figured out how far I could get with more detailed take-downs. I damn near cracked that game, getting up to a 98% completion, although ultimate frustration at my inability to crack the three batarangs on that impossible Shock And Awe Extreme level weaned me off it in the end. 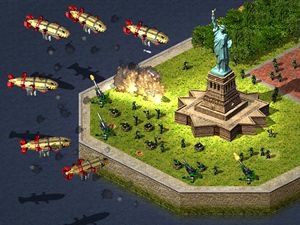 But the real deal for me has always been the strategy games, ever since I played Dune on my mate's computer, all the way back in the pre-console days. I got hooked on Command and Conquer, a long, long time ago, and have played some form of the series at least once a week for almost my entire adult life.

I'm still playing the ones from a decade ago, instead of moving on to more sophisticated versions, but I'm not quite ready to upgrade first. There is this one level that I keep playing over and over, because I can't quite get it right.

Even after years of trying, the missions I play are the ones I can't always win. It's no fun unless I still stand a chance of losing, and I often do, about a fifth of the time. It's that possibility of losing, and the necessity of excellence, that still has me cranking up a new shot at the old mission every few days. 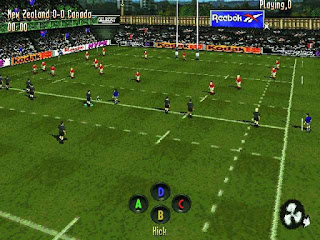 (It's no coincidence that my favourite sporting team – the All Blacks - has also maintained that 80 percent winning record as a professional team. Sure, they cruised through the recent World Cup, but they could have lost at any point, and sometimes they still do, and it's still a little tragic when it does. But wining all the time is boring. There has got to be something at stake.) 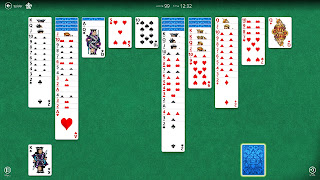 Of course, the simplest games are the most addictive, and I learned a long time ago when playing those 'tennis' games on my Atari knock-off for hours and hours in my parent's garage. I'm still learning that lesson today, because I just can't stop playing Spider Solitaire, and have been playing a hand almost every day for the past 13 years.

It's easily the best of all the computer card games, a bit more complex, a bit harder than the others. Again, there is the possibility of losing, and it's taken me years and years to get up to a 85% winning rate – which I am secretly massively proud of, even if it was usually with prodigious use of the CTRL-Z shortcut. There are still some hands that I just can not turn into victories, and they can drive me fucking crazy, but it's that challenge that makes it so addictive. 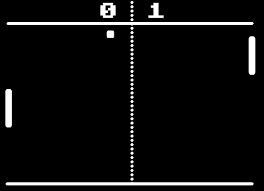 So as well as cranking up the Spider Solitaire, and I'm seriously thinking about a new Command and Conquer, and I usually can borrow a console from somewhere and have a thick weekend of it, about once a year, where I try out something new, and see what the new GTA looks like.

And I still play some of the old games – a good mates still has a working N64 and we rock out the Goldeneye multi-player every few weeks ago, and we're both so fucking good at it, that we're incredibly even. The graphics are blocky as shit, but the gameplay is smooth, and I still remember where all the body armour is stashed away, (and I still remember that that's how you win).

I'm not putting in as many hours as I used to, I missed out on a lot of cool shit, and it's taking me so long to catch up with the best game. My life isn't ruled by video games like it once was, but I still like to play the old favourites, and there is always time for a few rounds of something new.
Posted by Bob Temuka at 3:36 PM

You might have composed a company proposal that would certainly be a great offer for both you as well as the international translation project manager organization you're attempting to get in touch with.