The other day I was in one of the last good bookstores in town, and a young brother and sister came in with their mum. The eight-year-old boy proceeded to tell anybody who would listen that he had just read his first Terry Pratchett book and it was the best thing he'd ever read in his entire life, while the 11-year-old girl couldn't believe that her mum wouldn't let her read Agatha Christie books because they were “too mature” for her.

It's easy to worry about the future for humanity. But sometimes, the kids are all right. 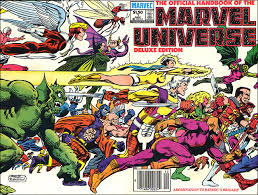 Two weeks after giving them a lot more credit than they deserve, and more than 25 years after I first started looking for them, I stumbled across all the remaining issues of The Official Handbook of The Marvel (Deluxe Edition) that I was after, and it's going to take me weeks to get through them because they're so beautifully dense. Score.

I know I should now probably start talking about how I'd like a million bucks, or world peace, or something impressive like that, but I'd settle for the last few issues of Who's Who that I need. 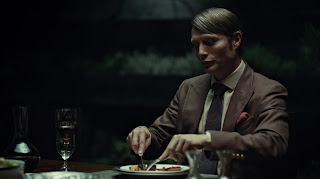 My favourite thing about the recently departed Hannibal – other than the otherwordly glory of Mads Mikkelsen – was the way the characters would spend entire scenes mumbling absolute bullshit at each other, as if they'd completely forgotten how to hold normal human conversations and could only speak in extremely mannered prose, and then there would be some kind of extraordinary visual moment of repugnant beauty, as if they'd hired Francis Bacon to come in and splash a few ideas around, or a kaleidoscope sex scene where everybody is everybody and it's all one big joke.

The next best thing about the show was – as this excellent article points out – was Hannibal's suits. There is dark horror behind his loose ties, and even deeper meaning in his pocket squares. 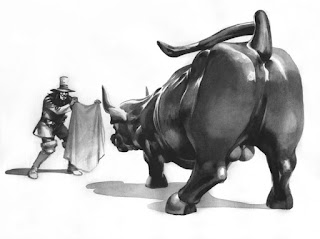 My wife caught me reading the first three issues of Occupy Comics – a crowd-funded comic thing which grew out of the whole Occupy movement – and mocked me for trying to change the world by reading a comic book. I told her I only bought them for the huge essay by Alan Moore on the relationships between pop and protest culture, but she's partly right, because I mainly got them because I really love comics that are really, really, really earnest. 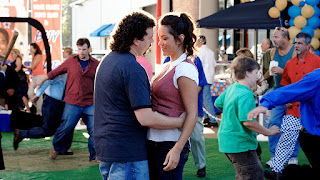 I'm also a shameless romantic who thinks the original Brief Encounter is the most tragic film ever.

But I swear, the moment when Kenny Powers knocks out Reg Mackworthy's eye in the first season of Eastbound and Down to prove his love to April might just be the most goddamn romantic thing I've ever seen.

Another unexpected dose of  surprisingly moving romance came this week when I watched Jeremiah Johnson, and saw Robert Redford shave his beard off for his unexpected wife. It was so bloody nice.

I watched the film – an excellent slice of 70s historical drama, with Redford going out and getting lost in the mountains and getting into a weirdly noble blood feud with local Indians – based on the recommendation of Travis Bickle on the Riveria, the world's only movie podcast, and they didn't steer me wrong.

I did get a little concerned about the podcast recently when they seemed infeasibly excited about the new Fantastic four film, and was hugely relieved when they revealed that they were just being smartasses. I used to be so good at picking up sarcasm, but I'm fucking rubbish at it now. 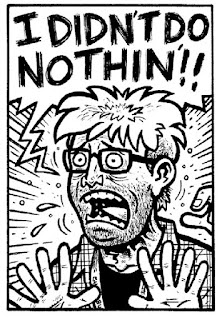 The last ever Eltingville Club story by Evan Dorkin came out the other week, and it's just as full of gloriously painful moments as its tortured production promised.

The Eltingville stories always held up a mirror to the worst excesses of nerdom, and it was never a pretty picture. Vast over-reactions to the pettiest bullshit, and an escalation of awful that always ends up soiling the selfish and ugly characters.

Dorkin says this is the last story, and it took him a while to spit it out, so nobody could blame him for going back to doing stories about occult-battling cats and dogs, but this kind of loving evisceration of the horror of being a geek is always welcome. 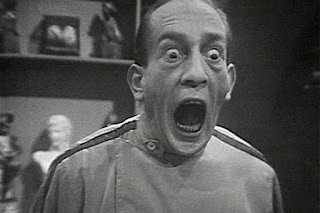 I've been rewatching every episode of Doctor Who, in order, for the past year or so. But I keep getting stuck, because so many of the early episodes are missing, and you have to sit through bone-numbingly dull reconstruction efforts, so I'm still only halfway through the Troughton.

But forcing my way through every single story means I keep getting surprised by how strong some of the early stories are. I always really liked the odd story like Dalek Invasion of Earth, but I really hadn't had the chance to watch much more of the early years, and stories like The Myth Makers and The Macra Terror and Marco Polo turn out to be terrific, full of social commentary, deep subtext and outright humour.

There is still a lot of rubbish – slogging through The Savages or The Moonbase got me stuck a couple of times – but these fifty-year-old stories still have a bit of time travelling grunt to them. 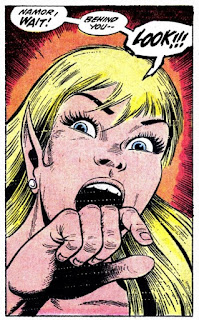 My latest extremely delayed realisation is that the Sub Mariner work that creator Bill Everett came back for just before he died is actually quite strong. I'd seen some of his Golden Age work, and it seemed fairly dynamic there, but his last few comics are really good. He'd wrecked his health and career with booze, but the man could still draw a mean swimming stroke, right up until the end. 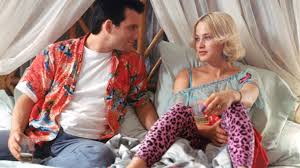 I've been buying every issue of Empire – the UK movie magazine - for 22 years and it's still one of my favourite times of the month when I get a new issue. I've been re-reading some of the issues I bought back in 1993 for reasons too stupid to get into here, and man, my knowledge of early nineties cinema is so fuckin' tight right now.

It's amazing how much shit you forget about. I'm reading reviews of films I forgot even existed, even though I saw them in the cinema. The wife tells me I'm just a hoarder for holding on to all these fucking magazines for all this time, but she doesn't understand – I'm just outsourcing bits of my brain to these things, so I don't have to remember this shit. 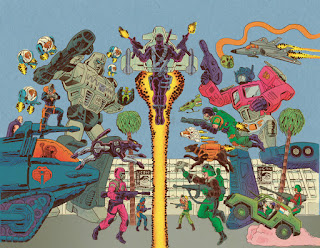 When I left my last job, I swapped it for one that is just as satisfying and way less stressful, and when I went, they gave me a gift card to a comic shop, and I spent it on the King City collection, one of those beautifully big BPRD trades, and the first Transformers versus GI Joe book. I think I came out ahead on this deal.
Posted by Bob Temuka at 2:24 PM