Dharma Punks: No such thing as a blank generation


Most young men would hate to admit it, but sometimes they just need somebody to talk to. Our stupidly macho culture tells them to bottle up their emotions, or people will make fun of them. It's slowly changing, thank goodness, but young guys can still get sneered at if they dare to reveal their true feelings.

They live in a world where the best nights ever are the ones where you just stay up all night walking and talking with other people. Heading out into the dark with a best mate, or a strange girl you don't know, and unloading all your deepest thoughts.

There is a lot to talk about, because it's a world where you don't quite fit in with everybody else, so you're casting about for an identity. It's a fluid world, where change is inevitable, and unfortunately open to manipulation. It's a moody world, where anything could happen.

That's the world of the Dharma Punks. 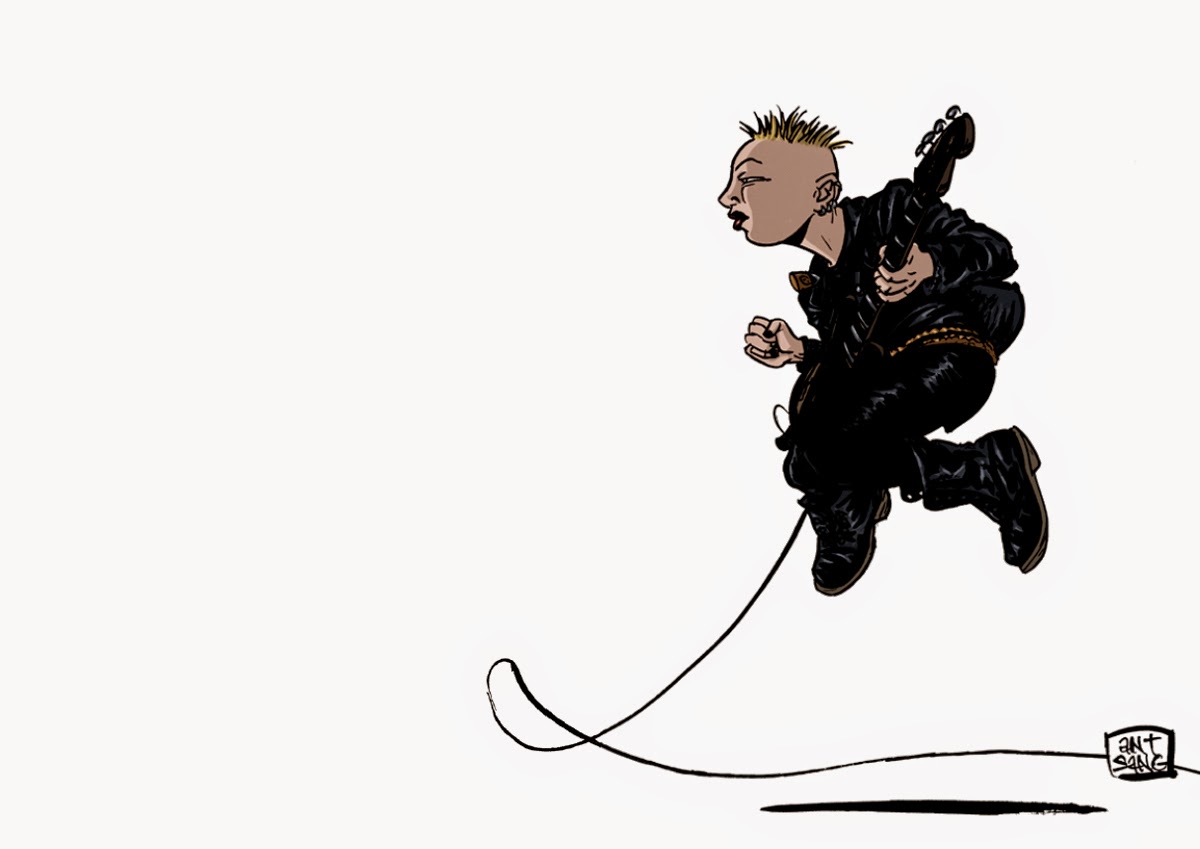 The Dharma Punks was an eight-issue New Zealand comic written and drawn by Ant Sang and published more than ten years ago. Sang went on to do some terrific design work for the Bro'Town animated series, and produced the fantastic Shaolin Burning comic, but the Dharma Punks has been out of print since 2003.

It's now finally been collected in a new edition by Earth's End publishing – and it's 400 pages of youthful enthusiasm and despair. And it's brilliant. 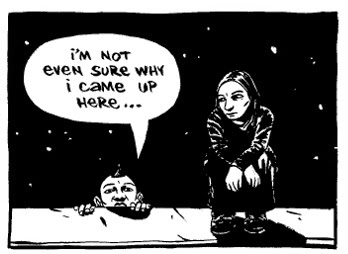 It's the story of Chopstick, a young punk in Auckland in the mid-nineties, who has been roped into an exceedingly dodgy art-terrorist plot to ruin the opening of a big new multi-national's fast food chain. It's a story full of tragedy and hope and pure punk rebellion.

It's set in that definite time and place - but it's ridiculously easy to identify with, even after all these years. In her introduction to the collected edition, novelist Elizabeth Knox confirms with her young son that Dharma Punks is still true, he tells her “this is how it is” for young people.

We might not have gone to the same clubs in the same towns in the same years, but those feelings of loss and abandonment that come with young adulthood are universal. 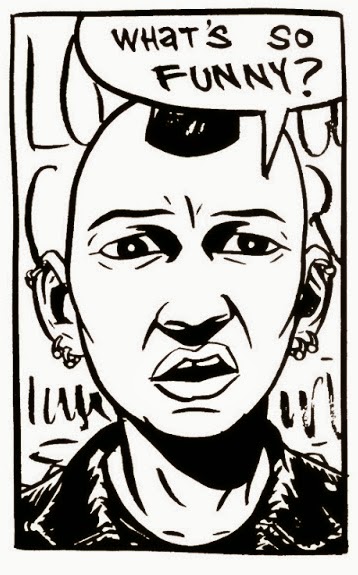 It's that time in your life when you stand up for something, even if (especially if) you don't fully understand it. The Dharma Punks is full of this charming nostalgic ache, because you really only get one shot at that time in your life. (Some people stay there, with unfortunate results).

I know I cringe with terrible shame at how goddamn stupid I was every time I think about that point in my life, but fucking hell, I had some fun.

Chopstick's long, dark night of the soul sees him freak out over his potential terrorism, avoid a lethal kicking from cartoon skinheads, meet up with a strange and empathetic girl and literally walk out past the edge of the city and into the ocean, out on the end of the world.

He ends up in strange parts of town at one in the morning with no clothes, after his midnight swim. He punches somebody out in the middle of a gig, and has to get out of town for a while when it all gets too heavy in the end.

Chopstick is confused and charmed, terrified and triumphant. He has no idea what is going on most of the time, and gets by somehow.

Come on. We've all been there. 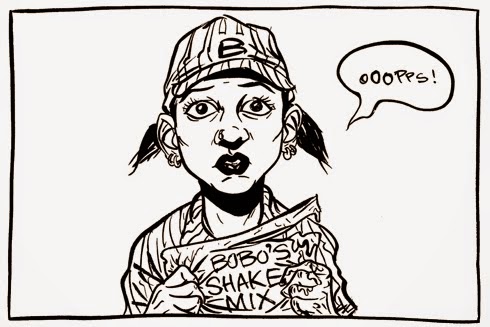 It is a bit of a male fantasy, but Dharma Punks does still have strong female characters who call the male characters on their macho bullshit, and they bring a welcome perspective to this story of lost people in the big city.

Sometimes you just want to grab the characters by the shoulders and shake them and tell them it's all going to get better, and there are parts of the book that are a bit clumsy, like the Kurt Cobain thing, or the whole skinhead subplot, which never carries the proper weight it should – there are surprisingly few repercussions after they beat two Asian guys to death.

But it's a clumsiness born of youthful enthusiasm, and it's hard to hold that against it. There is little so charming as a young comic creator showing off what he can do. 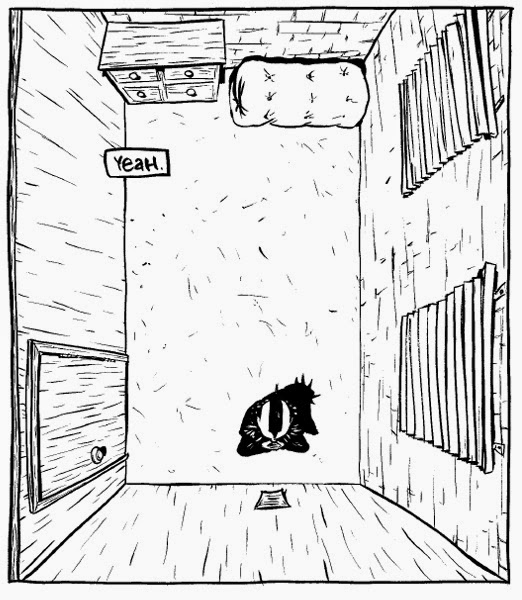 And Sang can do it. His art has a welcome thick, dark line, with big, soulful eyes on his characters, and they look like the love children of David Lapham and Guy Davis.

Even with a sprawling mess of sub-plots, Dharma Punks is also strongly paced, and the fact that it is largely set over the course of one night gives the story a sense of throbbing urgency.

And you care about the characters. Even the dopiest side character has a rich depth, with Sang's art bringing them alive, and his rich naturalistic dialogue adding more spark. 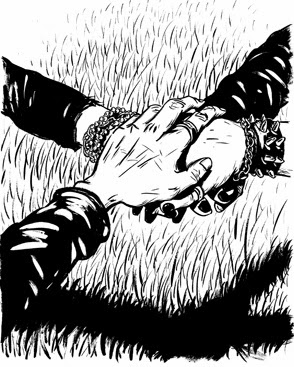 Punk rebellion is often mistaken for nihilism, and just because you want to tear everything down doesn't mean you don't want to build something better in the ashes. The characters in the Dharma Punks are angry and confused, especially after they all went through a terrible tragedy, but they're also full of life.

It's good to have this snapshot of that world, and all those feelings, back in print, for the young to recognise, and the old to remember.
Posted by Bob Temuka at 8:50 PM