The beautiful disgust of Charles Burns: X'ed Out, The Hive and Sugar Skull


Charles Burns' latest comic is, like all of his great previous comics, a straightforward narrative of real world angst and horror, floating on an ocean of hidden depths that are full of strange and scary ideas.

Presented in three hardcover albums - X'ed Out, The Hive and Sugar Skull - over the past couple of years – it's been the story of Doug, a young guy in a semi-modern world who can only perform, in any way, behind a simplified mask of his face.

It's a story of regrets and shames and failures in a deadly familiar world of dull towns and duller people, but it's also a story that has come unstuck in time and takes place in multiple realities, with moments in the real world twisted and shaped into something a whole lot stranger.

And like all of his other great comics, Burns' newest tale can leave you feeling queasy and uncertain, while delivering a gut punch of artistic brilliance. 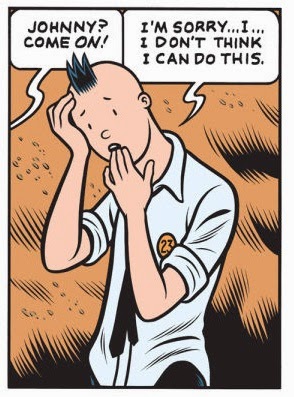 It's actually a lot easier to follow the story than it first appears – there are only really two main narratives that intertwine and crossover, and it's easy to follow both of them, especially now that it's possible to read the whole thing in one go.

The narrative does break down on a disturbingly regular basis, but it's really only in the transition scenes between realities that you get the crazy, spooky, trippy shit. And these moments of the uncanny also help to delineate the two parallel stories, and keep everything rocking along at an enviable pace.

And it certainly helps that Burns' line is as clean and fluid as ever. He's been an absolute master with his moody black and white artwork, and now the injection of colour gives this new story an extra vitality. It's often just bright, open colours – one character even remarks how pretty the colours of a seedy red light district are – but that just throws old horrors into a new light, and they're just as yuck as you always feared. 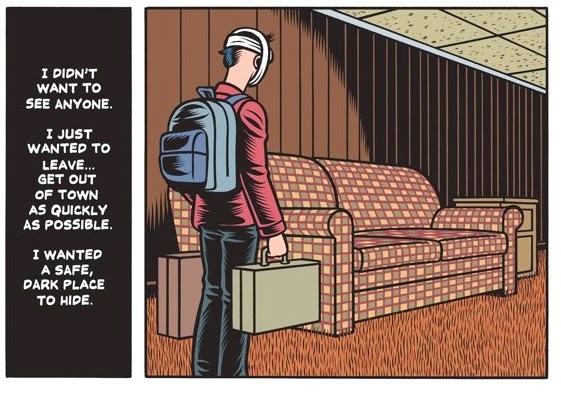 After all, for all the bright, open art, it is still a pretty emotionally heavy book, with the main characters are constantly upset by their own failures and inadequacies, or running in fear, both metaphorically and literally.

The characters are struggling with mortality, and seeing themselves grow older, and finding out they're not as exceptional or special as they thought they were. Doug discovers he has far more in common with his father than he ever really thought, but can't stop himself from heading down the same sad roads.

This sense of inevitable failure contributes to the oppressive mood that clashes against that bright palette There are evil forces, like a violent ex-boyfriend lurking on the edge of the narrative, just out of view, or the ultimate terror of a disembodied voice echoing through a shitty intercom, a fear that manifests in more than one way.

The body horror is there, just like it always is in Burns’ comics. And it’s just as gross as usual, with people with no noses or decaying limbs or strange reproductive organs. It’s disgusting and fascinating and relentlessly inventive. 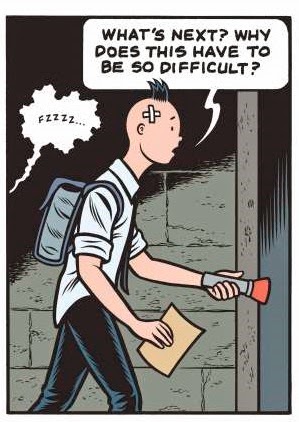 But the real meat of Burns' comics is inside the head. Doug is also revolted by responsibilities, and acting like an adult, and then disgusted by his own weaknesses in that regard.

Doug is a useless shit. He almost gets a happy ending, with a woman who loves him for what he is, and not what he pretends to be, but he's still whining about the past, and he doesn't even confront it, just shoves it all inside where it mixes with the comics he read, and the people he'd met.

And when he’s rejected for being weak, it’s totally justified, and awfully real. The real horror isn’t in the writhing food and violent attacks, it’s in the crushing realization that Doug is going to be just as useless as his father, as his own mediocrity sucks him in with its inexorable gravity. 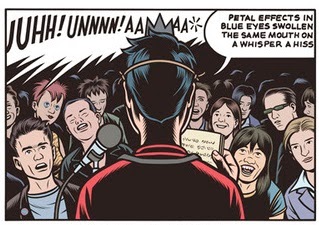 It all boils over in the other world we see in this story, one full of disgusting food and foul-mouthed little green men, where Doug's dreams force him to confront ugly truths. He drifts away into this world when it all gets a bit too much.

Telling this kind of story, and raising these kinds of issues, is a lot harder than it looks. It's all too easy to fall into grim despair, with no hope, and that's a valid tune, but it's awfully monotone, and life doesn't really work like that.

So there is the odd dose of dark humour, even in the worst moments – Doug's despair that a punk singer has never heard of Burroughs, and the way she's actually apologetic about it; or the concerns at getting stiffed on a bill.

It’s funny how the cartoon Doug stumbles through his new world, and the fact that he doesn’t even question it, even though that just makes it even more harshly melancholic when he makes the same pitiful rejections as his real world counterpart. 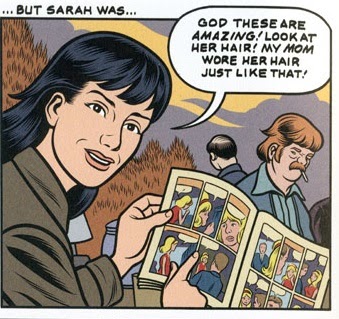 The comic might sound all a bit much, but it's full of lovely little touches like this. It's terrifically paced, raising mysteries and paying them off much later in the story, and compelling as hell.

And it doesn't matter if the final book doesn't offer up easy answers for what's going on. The breathless blurb on the back of Sugar Skull from The Guardian wonders how on Earth Burns is going to tie up all the “carefully planned loose ends”, as if that’s the point of it.

That's bound to be disappointing for some, because there are loads of loose ends left at the end, and even the relationship between the two realities is totally spelled out – the world of breeders and gross omelets is part dream, but also just as real as anything else in the book – there is still some uneasy unanswered questions about this parade of freaks and  humans with pin-prick eyes. 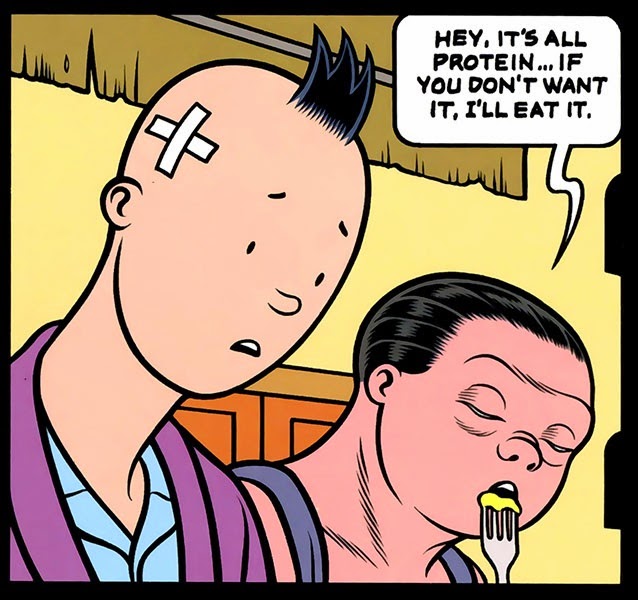 This open ending, where there are still multiple interpretations of what’s going on, and the story requires multiple re-readings to get a grip, is sadly rare in this age of instant gratification. The questions are sometimes more interesting than the answers. You don’t need to know if Tony Soprano was whacked or not, or what the creature behind the Winkies in Mulholland Drive is really up to, to enjoy those stories, and the ambiguity even brings added depth.