Great fictional detectives like Hercule Poirot, Columbo, Sherlock Holmes and Jessica Fletcher are great at solving murders and other criminal mysteries. They can unravel a locked-room killing, or prove the guilt of a villain based on his cologne, with great skill and panache.

Their stories can be enormously entertaining and engaging, but there is always the hint of a wasted potential about these kind of characters, that this sort of intelligence and insight is only being used on purely material matters. It feels like the loss of a wise man, who instead of raising our spirits, is mired in the mud of the real world.

That kind of deduction and analysis is wasted on crime, when it could be used to help crack the meaning of life. A detective is all well and good, but we've lost a philosopher. 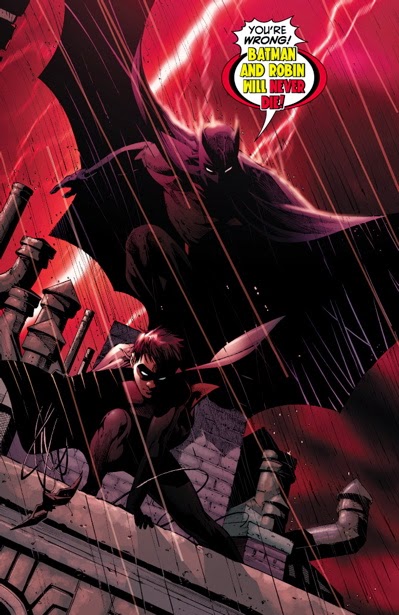 Fortunately, there are some cases of these kind of brilliant minds examining the mysteries of existence. And one of the great weird detectives is the greatest comic book character of them all – Batman.

While the dark knight detective's adventures usually stay heavily in the real world, where there are mobsters and muggers to beat up, sometimes things get weird. It's only natural – the character has been around for decades and decades, and the character has followed fashions and trends in comic-noir fiction over that time, right into the realm of pop-art and back again.

And sometimes in those vast adventures, the caped crusader does approach fundamental questions of self and reality, and usually triumphs with gritted teeth. Unsurprisingly, this usually happens when somebody like Grant Morrison is writing him. 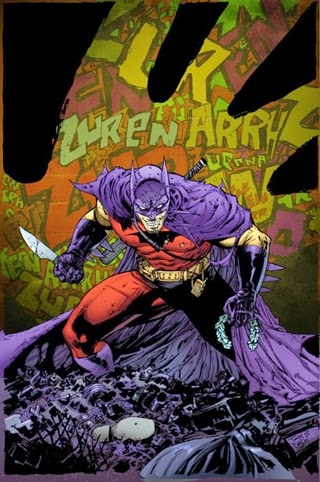 Morrison is one of the few modern Batman creators who isn't deeply embarrassed by all the weird shit Bats has gone through over the years, and even heartily embraces it. Morrison's Batman has a sci-fi closet that he doesn't want the guys back at the GCPD to know about, and sometimes he confronts the sheer bizarreness of his very existence.

This is a Batman who is open to mystical and supernatural events, because he's seen too many of them to fully discount their power. (At the far end of the spectrum, Marvel's Doctor Doom is another genius who embraces magic as an obvious boost to his own technological prowess). It's a Batman who accepts that there will always be weird, unexplainable shit going on in the world, and doesn't fight it or completely write it off.

It's a Batman who, when his mind and very identity is assaulted, has a back-up personality in place to keep the Bat-machine working, and approaches oblivion with a grim determination.

So when Morrison was given the go-ahead to (temporarily) kill off Bruce Wayne, the story couldn't have been more different from the usual hero-hits-bad-guy-until-he-can't-hit-anymore superheroic sacrifice. Instead, it became a metaphysical meditation on that sheer weight of strange years on Bat's back – and Batman stands tall and punches his existential crisis in the eye. 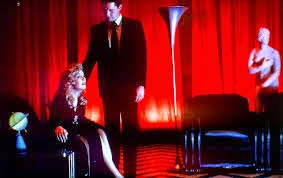 Batman is a corporate creation, with a number of different creators crafting their own version of the ideal Bat over the years, with all of them being equally valid. But the other great modern weird detective is a more singular vision, with just a couple of dozen appearances, although they are all to be treasured.

Agent Dale Cooper, the star of the Twin Peaks series, confronts strange horror with a straight back and determined jaw, but is also capable of great compassion and empathy. He takes down the bad guys, but also embraces a dying man and tells him it's all going to be all right, no matter what his sins were.

And when he faces unknown forces that mean harm to good people, he doesn't recoil in horror or disbelief, he stands up to it – an unmistakable force for good in a world full of evil. 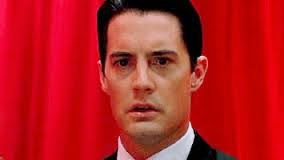 Cooper also acknowledges that there is more to this world than the normality we all take for granted, and he investigates it. Thoroughly. Cooper has the straight edge and absolute certainty of the archetypal Joe Friday cop, mixed with the patience and openness of a Buddhist monk, and this perspective makes him the ideal man to examine the strange. He takes dreams, visions and prophecies seriously, and doesn't discount anything, just because he can't fully understand it.

Which makes the recent news that Twin Peaks is returning all the better. Cooper was a fascinating character as a young man, and it will be even more fascinating to see him approach the job with an older eye, especially if he's been trapped in the extra-dimensional Black Lodge for the past two decades.

Cooper has been trapped in his own mind-bogglingly weird case since the early nineties – who knows what pure insights he can bring to this jaded and cynical 21st century? It remains to be seen what mysteries he will see in this modern world, but he won't back away from them. 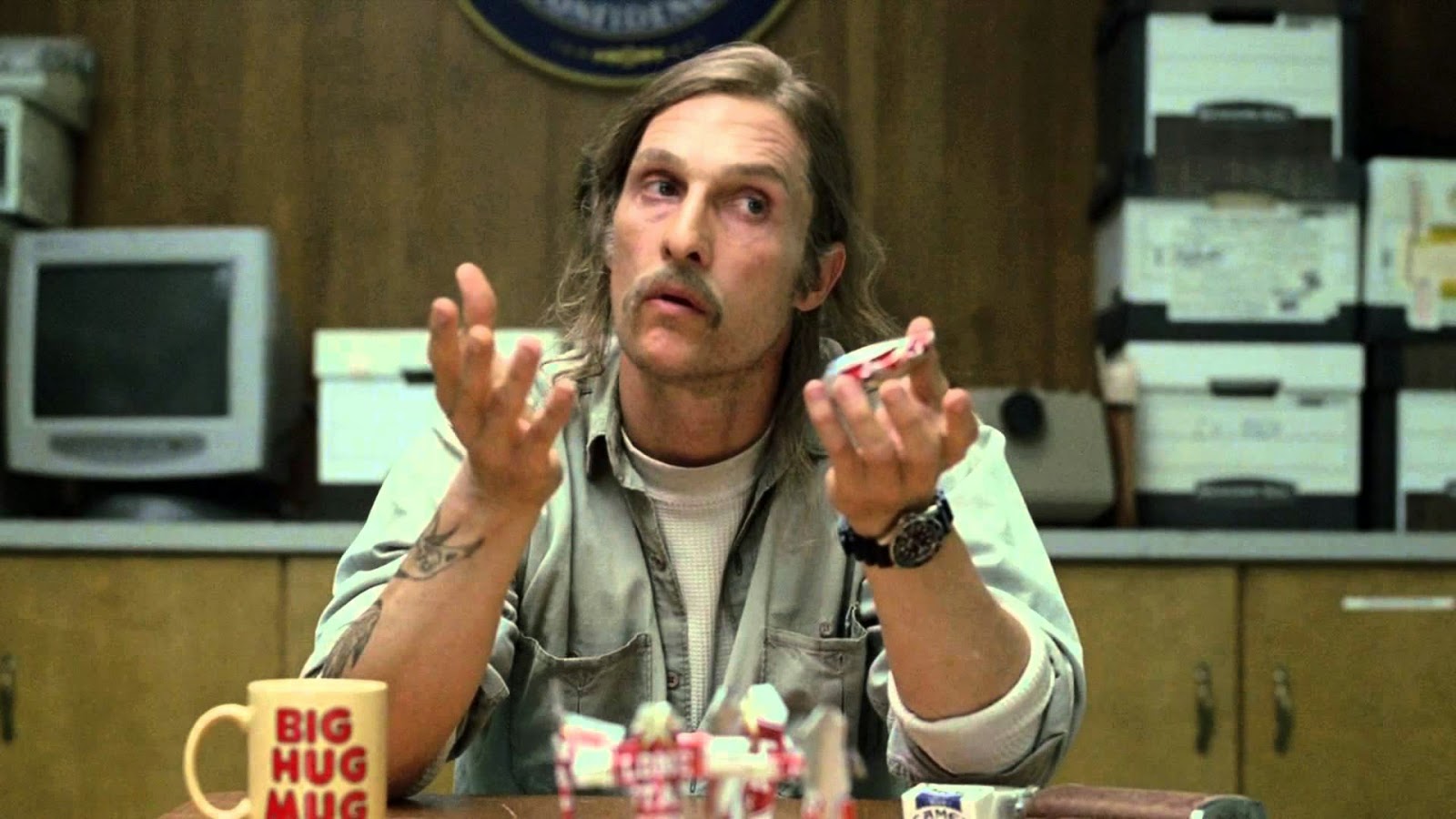 After all, the existential detective still strikes a chord, and is still needed in this day and age. This year's True Detective series had entire scenes of nothing but Matthew McConaughey's Rusty Cohle ruminating on the subject of time, space and place, and they were some of the strongest scenes in the whole series. He didn't actually have anything new to say, but it's always fun to see theories of fifth-dimensional space stapled onto the hot and muggy real world.

Even old favourites, who have sneered at the supernatural for much of its history, have taken on a slightly metaphysical course, with the BBC's latest Sherlock always delicately walking that line between the real and the unreal. (Although all that stuff with characters wandering around their own mind castles is just the wrong side of impossible.)

The world is a strange place, and the meaning of life is a painfully nagging mystery, one that aches to be solved. It's a puzzle that is beyond the reach of most, but our best fictions have the chance at grasping it.
Posted by Bob Temuka at 3:53 PM