The great comic drought of 1999


Buying new comics has been a weekly ritual since I was eight years old. If I don’t get some sort of comic fix every week, I get grouchy and grumpy. I know this is a stupid thing to do, but it happens, all the same. That’s how addiction works, and I’ve been fuckin’ addicted to comics for 35 years.

So there haven’t been many weeks since 1983 when I haven’t gone without some kind of new comic. There has almost always been 2000ad, (except for one notable exception), and I’ve often had a habit that has cost me more than $50 a week, (which, to be fair, is only about US$20 worth of actual comic). I still head along to the local shop every week, and if nothing new has come in, I always walk out with something – some long-desired back issue or shiny new trade. There’s always something new to try.

Even when I first moved out of home, and was totally broke, I still bought piles of second-hand comics from a local store, filling out runs of the 2000ad spin-off Crisis and John Byrne’s Superman run. I barely had enough money to eat, but I had enough money for those Action Comics team-ups.

The only times in recent years when I’ve gone more than a week without a comic fix is when I’ve gone travelling in foreign countries, and it proved impossible to find a comic shop in the Gobi desert, (although I still saw Tintin comics for sale, and would have bought one, if I didn’t already own them).

In fact, apart from the first few years of life, when I was more concerned with learning how to walk and not poop in my pants than who was drawing the X-Men, there has only been one time in my entire life when I went without any new comics for a significant period of time. It was one of the last great summers of my youth, and I’m still trying to catch up. 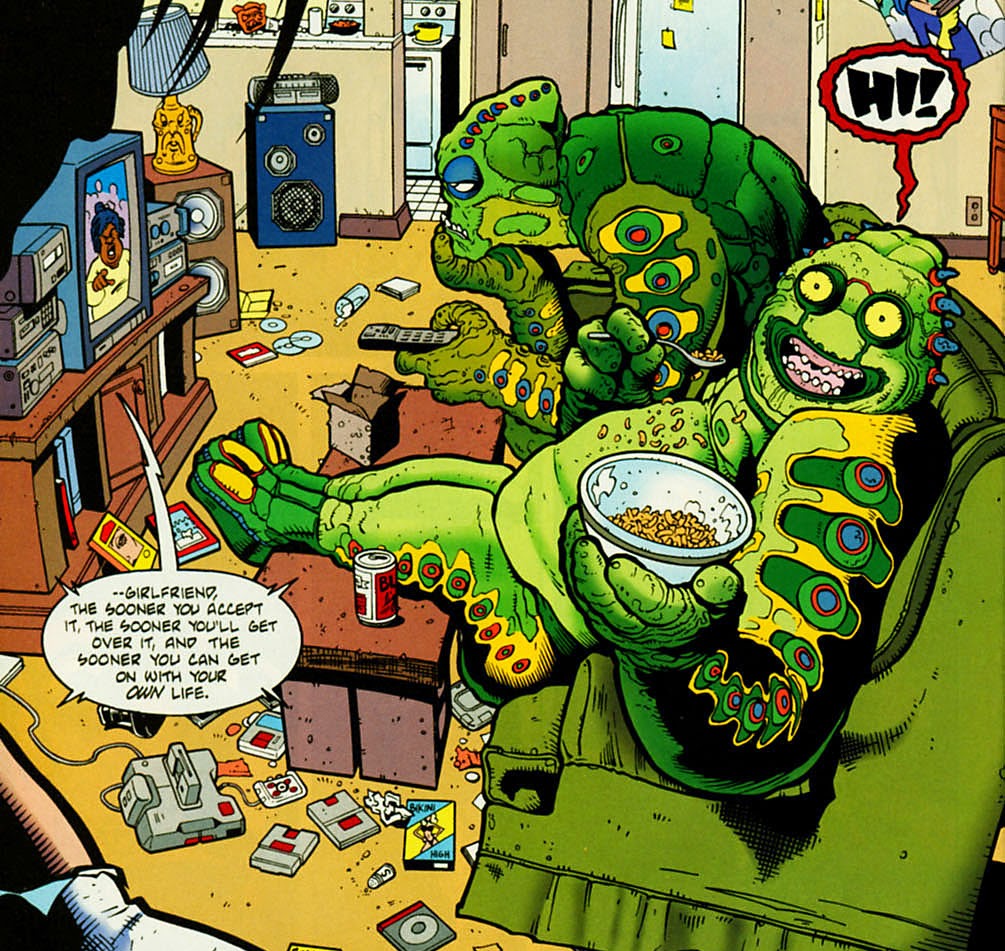 In late 1998, I was 23 years old, and I’d been out working almost non-stop for six years since leaving school, and I’d just moved back home and couldn’t find a job, so I got a flat with my best mates and we spent the whole summer on the dole - getting high, going swimming down the river and eating barbecue. Sometimes all at once.

It was the Last Great Summer Of My Youth, and I highly recommend it, especially if another good mate is living over the back fence and has a bloody big dope plant growing in his back garden. That was a good summer.

It was also a very, very poor summer. I had enough money to get loaded and have a good time, but I was stuck in a town with no comic shop, and no decent comics were available in the local bookstores anymore. I didn’t have the money to make any kind of regular mail order worthwhile, and I could only get on the internet for about half an hour a week, so I had little idea of what was even out there.

I had given up 2000ad a couple of years ago, and was right in the middle of a decade-long sabbatical from the Galaxy’s Greatest Comic that I have regretted a million time since.  I wasn’t buying any of the few Marvel and DC comics that were in my area, and I’d even stumbled in the last stretches of much-loved comics like The Invisibles and Preacher. I wasn’t buying anything any more.

But I hadn’t given up on comics. 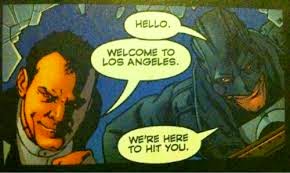 If ever there was a time when I could have walked away from comics for good, this was it. I went several months without getting anything new, and if that fascination with four-colour bullshit was ever going to die, this was it.

But I loved comics just as much as I ever did, and hungered for them just as much. I spent those long summer days reading back issues and dreaming of the cool comics I heard about, knowing I would catch up one day.

I was cut off from almost all comic culture, and was surprised by how I wasn’t worried about getting those last few issues of Preacher and The Invisibles, even though those two comics defined my nineties in a way no other comics did. I did get them all, and still managed to get the last issues of both series within days of their release, but I did end up reading those endings out of order, skipping around the climaxes.

But I knew I would catch up. I always knew the summer would end, and I've have lots of lovely new comics to seek out. That's how it always worked. 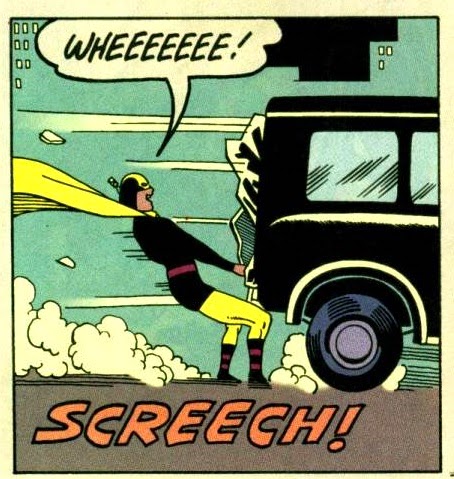 That summer ended a long time ago – round about the day the first Matrix film came out – and I ended up getting a proper job and buying my own comics again like an adult - but I’m still trying to track down some of the comics I missed that year.

The isolation means I have an undue fascination with the slightly weird new superhero comics that DC did around that time – things like Hourman, Major Bummer, Vext and Chronos, which all seemed to be waging a weird battle for setting the direction of DC over the next decade, (unfortunately, Geoff Johns and the JSA won that particular battle),  and I’m still fascinated with them

It means I missed out on both the Authority and Planetary, Warren Ellis’ best long-form comics, and it took me years before I scratched that itch. I saw little more than a few online reviews when they both launched, and it took me a couple of years to even tell the difference between the titles, and another five before I actually read the full stories, after indulging in bulk online purchases.

And it means I still think I’ve missed some of the various Luba-related comics that Beto pumped out at the time, and I’ve accidentally bought the same issue of Luba Comics And Stories three bloody times since. 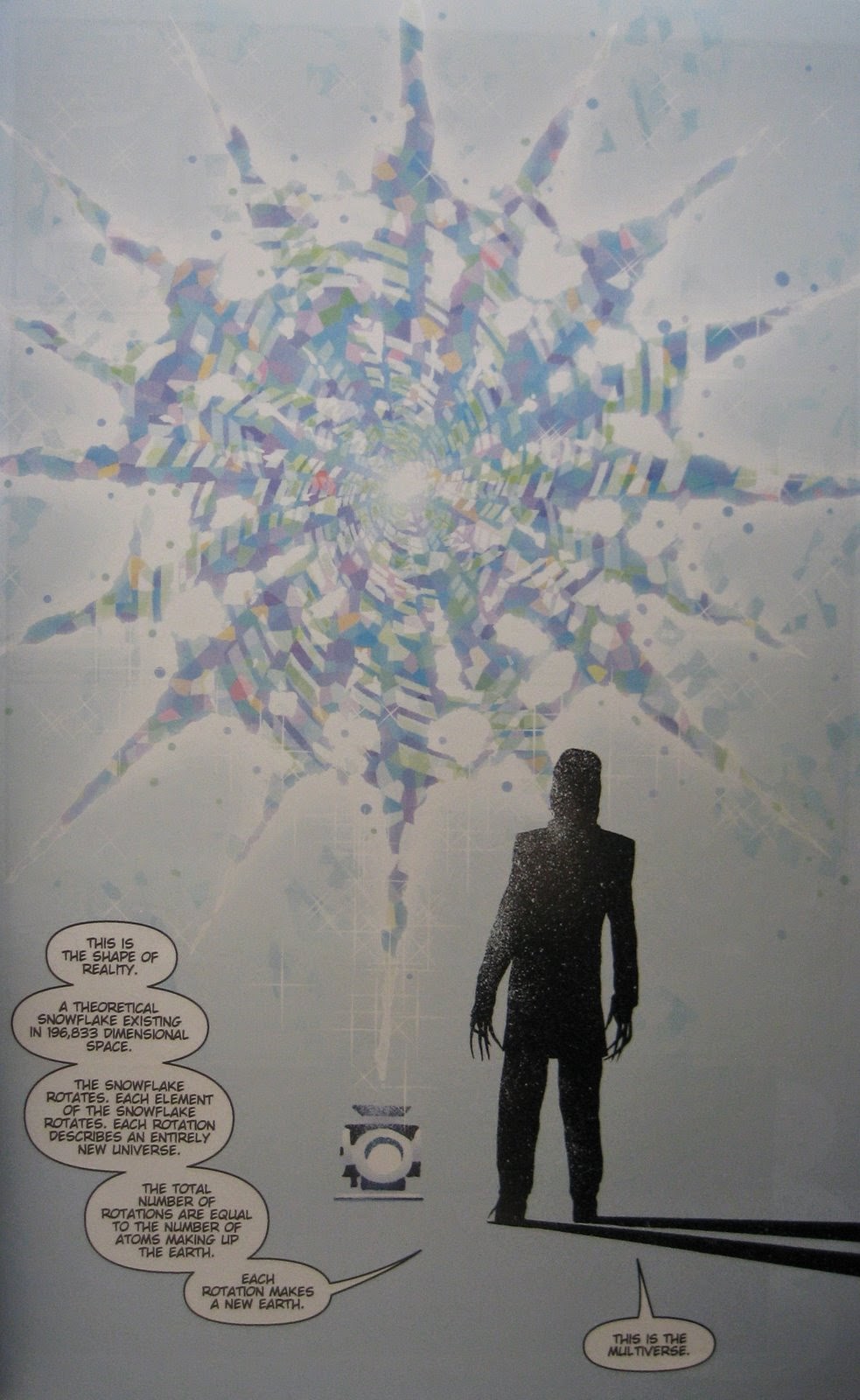 I don’t regret that summer, and I managed to survive several months without new comic input, so I know I could do it again in the future, if I really had to. But I haven’t had to since, and unless I’m off somewhere remote and interesting around the world, there has been a regular fix.

It was a great fuckin’ summer, even without the comics, and it was nice to know I only grow more fond of them through their absence.
Posted by Bob Temuka at 10:53 PM