Critical consensus can be a useful thing – the mass of thought that goes into multiple reviews of pop culture debris generally find some kind of common ground, where we can all agree that something is great, or rubbish.

It can take a while – it's always fascinating to watch the general opinion of a Stanley Kubrick movie shift over decades – but we can all concur on some things. Great films and TV shows become classics that last the ages, while the mediocre and disappointing vanish in time.

There are certainly some comics and TV and movies I like, even though all my cool friends sneer at them. Or do I like them because of the sneers? 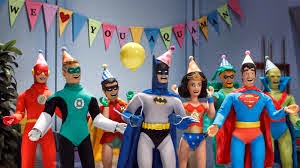 It's easy enough to say you like something like Deadwood or Prophet – everybody can agree they're brilliant, and the few dissenters only give that majority some context. I can even get away with an undying love for Judge Dredd, even though he's a total fascist bully, on an argument of deep satire and exhilarating thrills.

It's harder to say you actually quite like comics by Frank Miller and Mark Millar, and I've failed to convince people in the real world that their work has any worth art all. People whose opinions I treasure as absolutely valid write these comics off as without merit and actively harmful, and I will never persuade them that they are beautifully illustrated nonsense, (and I do like some beautifully illustrated nonsense).

It's even harder when it's argued that these types of story are actually morally repugnant, because once you start seeing these comics as totally sexist and homophobic and racist, you'll never see them any other way. And there are valid points of view over institutionalised prejudice that should be closely examined, even if a surprising amount of critics can't see the satire in all the muck. 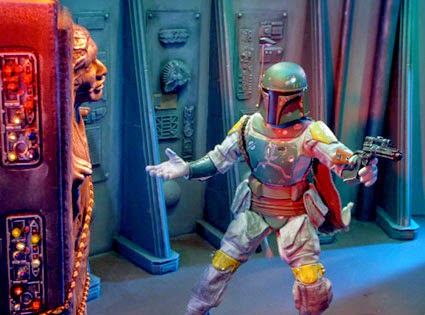 (I would like to re-iterate a point that I've made before: the people who sneer at the stuff I like are completely welcome to voice their opinion. I disagree on some fundamental things with my dearest loved ones – the Jarmusch argument is never going to be resolved in our household – so I can handle it if some critic on the other side of the world doesn't share my viewpoint.

My distaste is, as ever, directed at those who might agree with me, but want to shut the conversation down, or start playing the man instead of the ball. Other opinions should always be available, because that's how a free society works.) 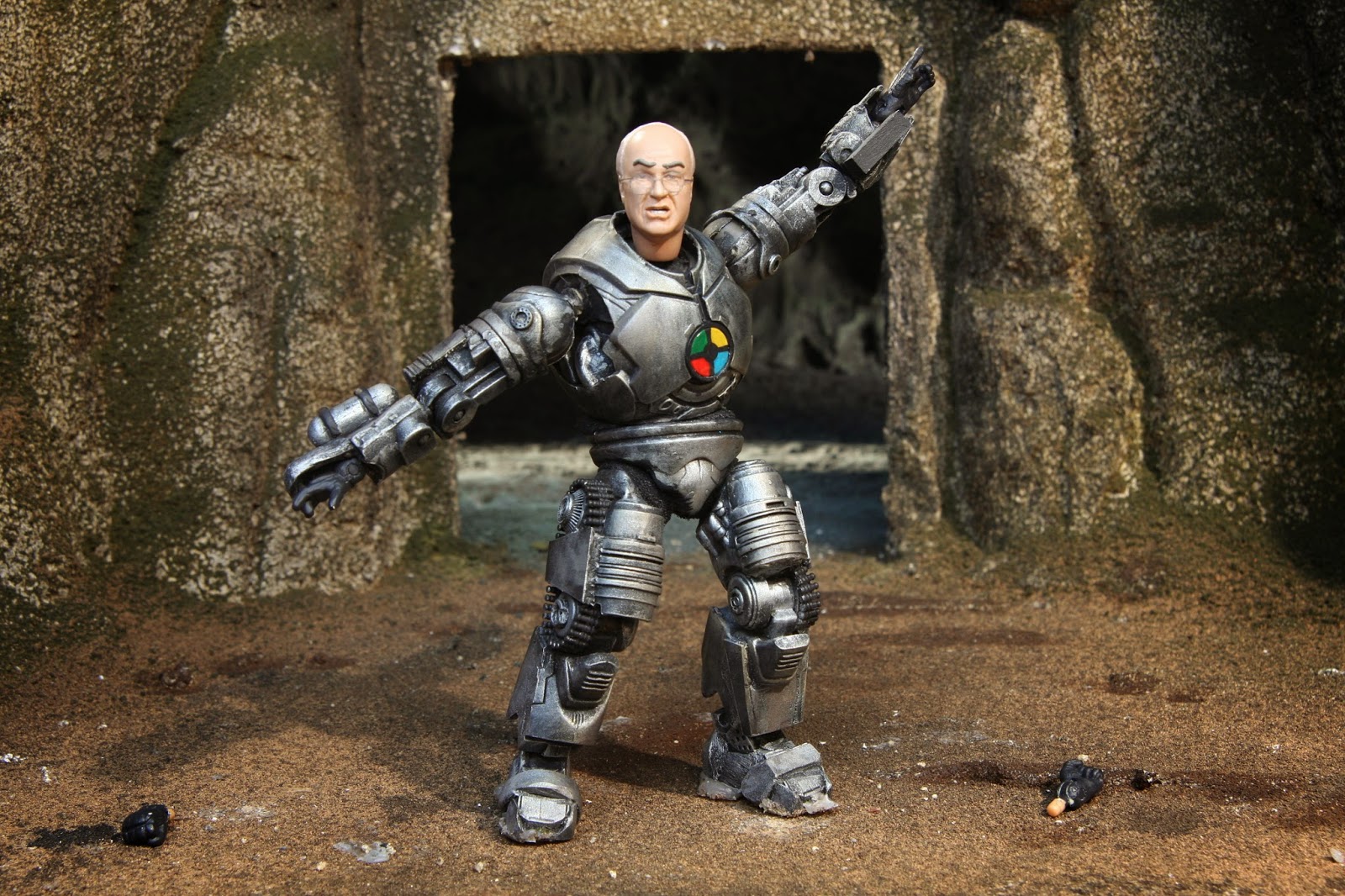 While there are parts of these comics by Miller and Millar – and similarly loathed movies and TV shows- that I do find morally dubious, I'm still grown up enough to acknowledge that ethically dodgy moments in a story can also be viscerally exciting, and sometimes the two natures of the moment can work together to create something new.

Like all good people, I despise any kind of institutional prejudice, and I won't tolerate any story that is unequivocally in favour of that kind of status quo – Birth Of The Nation might be a technical marvel, but it can fuck right off with its KKK heroism. And I'll never put up with any story that truly sets out to bully people in the real world.

But that is the only line I really draw in the fiction I consume. I can enjoy things that are silly and stupid, if they're pretty enough, and I have a soft spot for anything that deliberately tries to offend people, or gross them out. After all, if you're going to try and be that kind of offensive, you might as well go all the way, or go home, (an attitude that makes something like Johnny Ryan's Prison Pit such a pleasure).

Some stories might be ideologically unsound, but as long as they aren't openly dicks about life and people, there is usually some worth. 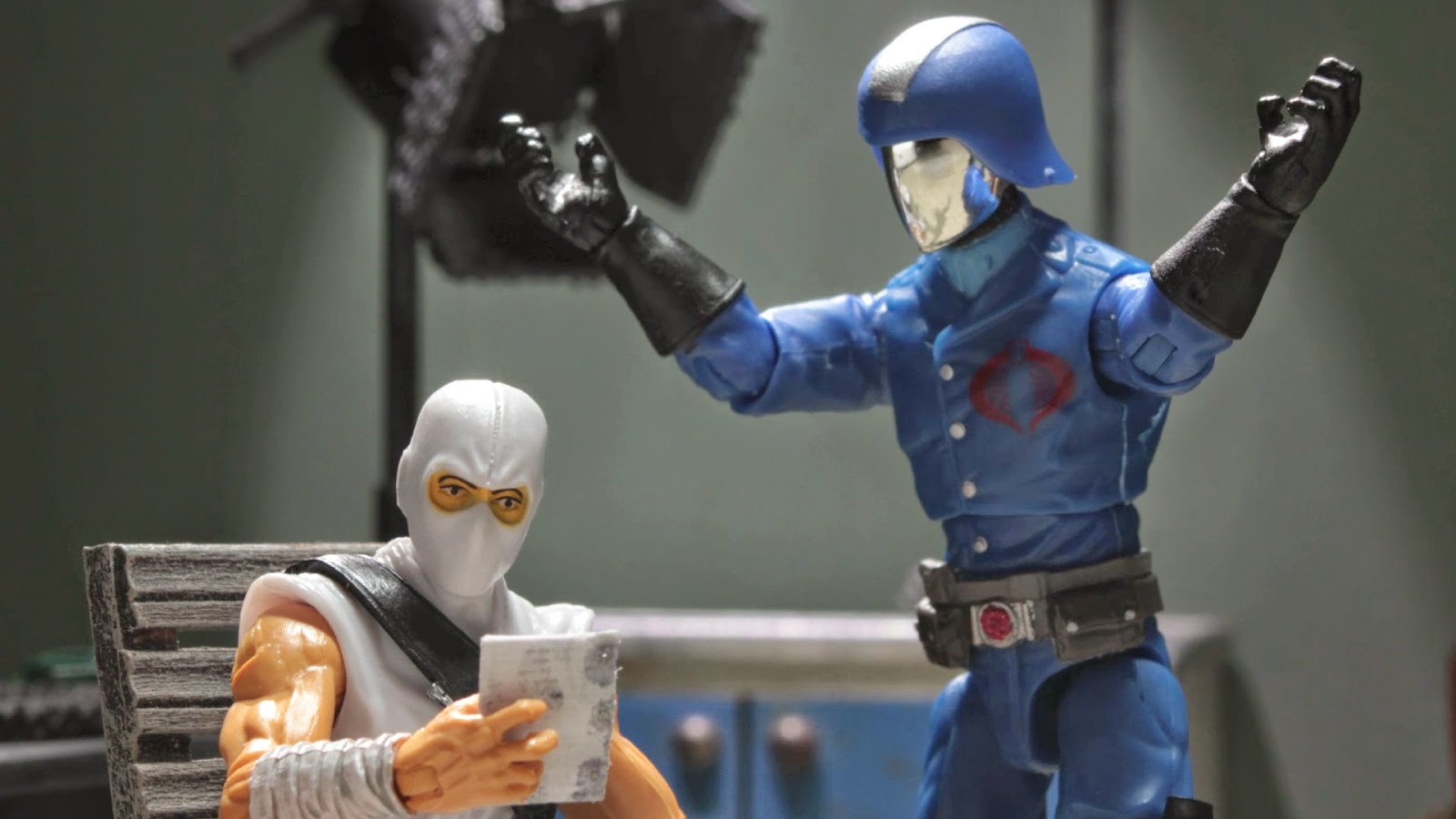 I have read some appalling things in comics, as characters who are supposed to be horrible creatures show just how horrible they can be, but unless they're documentary or essay comics, I don't really get upset, because it's not real and – like almost everybody else on the planet - I can tell the difference between real life and fiction

Which is how I can be an ultra-pacifist who enjoys war stories, and somebody who abhors violence in the real world, but never gets sick of the way the human body is brutalised in The Raid 2.

And I sometimes, I just think that shit is funny as hell – I can find something totally fucking dubious and still laugh at it, because it is a total joke.

Which is a long, long way of saying I fucking love Robot Chicken, even when all my cool mates think it's dumb. 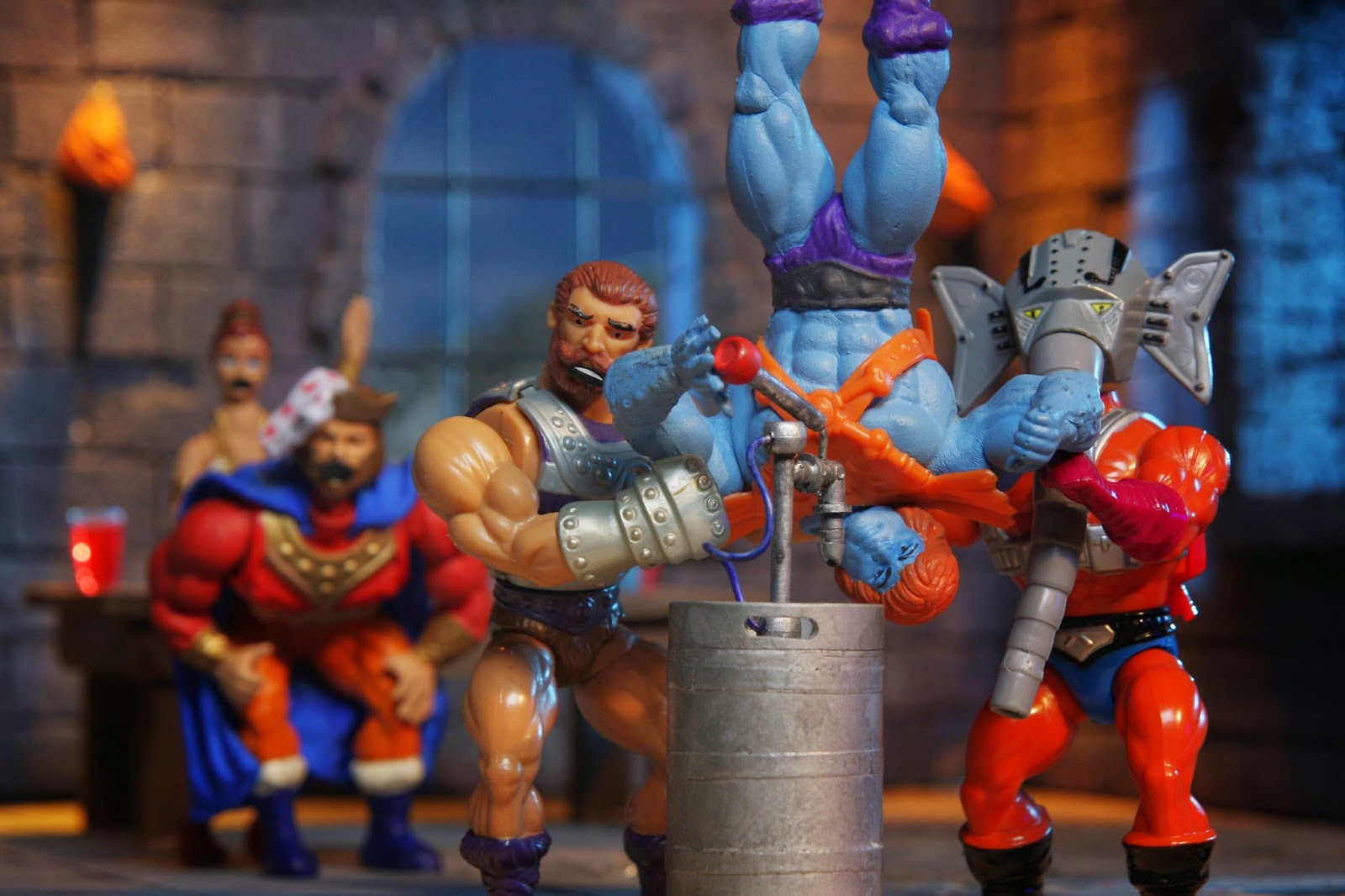 The most common criticism of Robot Chicken is that it always goes for the easy (and stupid) laughs, and is often doing nothing but nerd pandering. But that doesn't bother me. It's a harsh and stressful world out there, and at the end of a long day, I can use all the pandering to my tastes and easy laughs that I can get.

But I also have friends who refuse to watch it because they find it way too problematic. They only see sexist jock humour and tasteless gross-out humour, with a strong streak of misogyny and outright racism. It's not just some dudes fucking about with their toys on TV – it's a symptom of everything that's wrong with the world.

And if that's what they see, even if the creators had no such intentions, then that's a totally valid argument, and one I can't really argue against without sounding like a total tool.

So I leave it alone, and I don't talk about it with them, and I don't mention that I still watch it every week 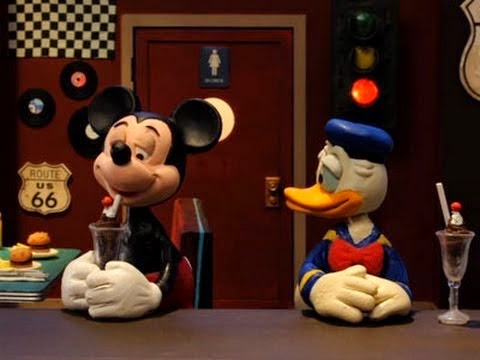 Because I do find it funny, and when it's not funny, that's okay, because each sketch is literally seconds long, and another one will be along shortly. I still only get about three-quarters of the jokes, but my lovely wife only gets about a quarter of them, and she likes it just as much as I do.

It is a show that is genuinely tasteless and unrepentantly offensive, but I like things that push those envelopes, because if you're going to go down that road, you might as well go all the way.

The unusual effect of this is that the most distasteful things become incorporated into the mainstream, and we go from hysteria over the Texas Chainsaw Massacre to your Grandad watching some CSI bullshit every night, which is filled with gore that would make Gunnar Hansen hurl.

In it's own lowest common denominator way, Robot Chicken and its dorky puppets and ridiculous pop culture fascinations are heading down that road at top speed, and I'm all for it. This isn't the end of something, it's just the way the world works – always changing, always growing, always getting grosser in search of a good laugh. 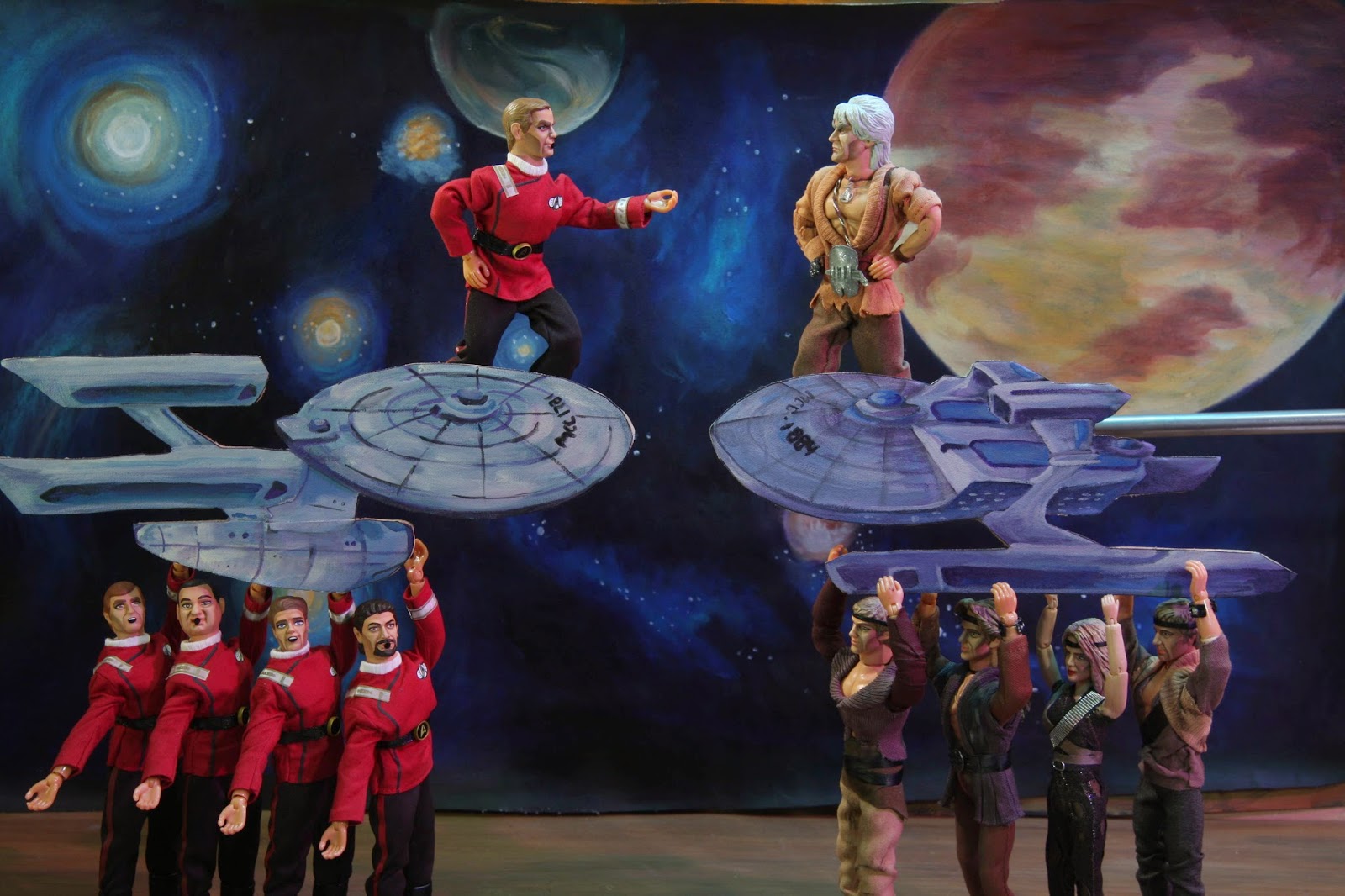 It might sometimes be punching down when it should be punching up, and some of my dearest friends will never forgive it for that. And it might be the stupidest fucking thing I've ever had to defend ideologically, but fuck, Robot Chicken rules, man.
Posted by Bob Temuka at 9:54 PM

gee, that was a long roundabout way of saying you like Robot Chicken. i like it too. 12 minutes of chuckles. i especially like when they get super-geeky into Star Wars and comics.

I've only seen a few bits of robot chicken but I thought their parody of Calvin and Hobbes was possibly the nastiest parody I've ever seen. I'm usually all in favour of slaying a sacred cow or two but that the friendship between the little boy and his tiger is probably my favorite fictional relationship so I draw the line at this...

I totally get where you're coming from Tam – Calvin and Hobbes is a wonderful, wonderful comic strip. But the more beloved and admired something is, the more I enjoy it when it gets ripped into. Something like C&H is strong enough to survive any vile satire, and that's also why I always enjoy nasty Peanuts parodies.