I'll still read comics anywhere, man, and I'm just off to sit on a hill in the sun and read the last few issues of Promethea.

I wasn’t lying in the last post when I said comics ate up a good 18 per cent of my free time. This figure was arrived at with science. 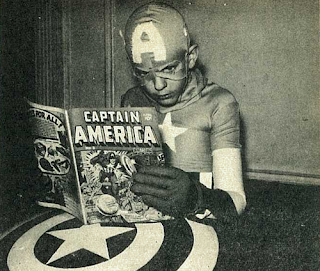 I read them while listening to music, or watching a DVD, or while playing video games (unless it’s at a crucial stage.)

I’ve been reading new issues of 2000ad while walking down the street since I was eight years old, and see no reason to stop now, especially when a good plot twist or development literally stops me in my tracks. 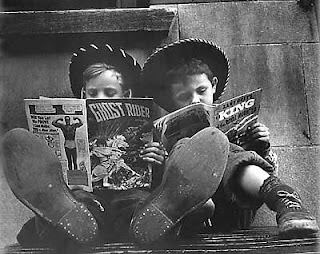 I read For The Love Of Carmen on top of a Mongolian hilltop, and Wolfman and Colan’s Night Force on a Sydney commuter train. I read the first Punisher Max trade in a hotel room in Harlem, New York, and finished off Punisher: The Cell on the rooftop of another hotel in Luxor, Egypt.

I read Alice In Sunderland during a 19-hour flight between New York and New Zealand, with one of those monumental hangovers that just doesn’t go away at 33,000 feet. (It was all this guy’s fault.)

I read Nextwave in Edinburgh, re-read my very first Love and Rockets comic for the first time in many years in Osaka, read Preacher in Monument Valley, read The Birth Caul by Moore & Campbell in Dubai and read my first Tom Strong comic while sitting beside an Amsterdam canal.

I read them on the bus, and on planes, and on any kind of public transport, although I recently learned it’s a really bad idea to read the Marvel Zombies comics in those places.

I read comics while watching TV, churning through whole issues in an ad break, and still browsing while keeping an eye on the televisual action.

I used to like sitting under a tree in random parks and reading a new comic, until I realised people were always pissing on them.

I’ve read them on park benches, and in fast food restaurants. I read them while eating cheeseburgers on the sofa, or while scoffing down chips in an armchair, entire runs of comics showing faintly visible signs of sticky fingers.

I’ve ducked off to read comics in the nearest bookshop while my Mum, sister, girlfriend or wife spent time in a clothes shop, and everybody wins.

I’ve sat in pubs and flicked through new comics over a beer, I’ve got a bit emotional in my car outside my regular comic shop, and been late for important social gatherings because I got caught up in my latest purchases, all waaaaaaay more often than I would like. 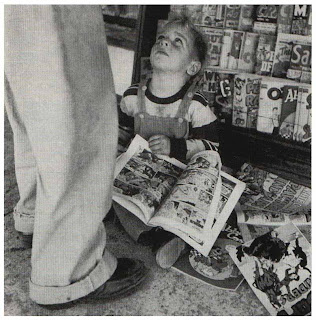 I have got drunk on the beach and read Grant Morrison comics more often than I would care to admit, and once left a really excellent party to read some Hitman comics at three in the morning.

I sat on a stone wall on the Timaru waterfront, just around from Caroline Bay, sometime in 1991, and ate a Moro chocolate bar with raisins and nuts in it while reading Avengers #303, Namor The Sub-Mariner #13 and X-Factor #65, and goddamn if that wasn’t the best chocolate bar I’ve ever had in my entire life.

I was reading the first episode of Nemesis The Warlock when our chimney caught fire, and I was reading an Hourman comic when I heard that my grandmother had died.

I read the very first issue of GI Joe when I was eight-years-old and sick at home; and 2000ad #438 when I was 12 and had a weird asthma attack; and I never got to read that one issue of that Fantastic Four comic that other kid had when I got my tonsils out at age five, and I still reckon that would have been the best issue of Fantastic Four ever.

I finished reading an issue of Unknown Soldier while sitting in the car outside the second hand bookshop by the Majestic Theatre in Timaru in 1981, and I was six-years-old and this was the first comic I ever read all the way through, understanding all the words, and I was so chuffed I thought I was going to float away.

I look at that wall of beautiful comics books on the bookshelf right next to me now, and I can remember where I was when I was reading every single one of them – that first Sin City collection while enjoying a picnic on the Avon in Christchurch; sitting down with Signal To Noise at the bus stop outside the University Bookshop in Dunedin; reading all of that bloody big Bone book on my birthday at the first place my wife and I got together.

It’s not just a bookshelf – it’s a lifetime’s worth of memories. 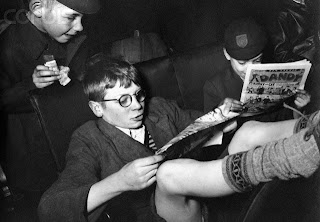 I never read them while being intimate with a woman, because that would be weird. I also don’t read them while driving, although there is nothing wrong with flicking through something while stuck in immovable traffic.

And that’s about it.

They’re almost all print. There is the odd online thing, but I don’t want to read comics on a screen and I like the fact that I can toss printed comics around, treat them like crap, and roll them up in my back pocket.