Positive bleeding! (Three examples of expressing the love in a way that is equally rewarding)


Sometimes it feels like our entire culture is choked with snark – as if the default option is to sneer and show everybody how smart you are by pointing out flaws in things and saying everything sucks.

And while that can be fun, especially when somebody gets their critical teeth into a sacred cow, I enjoy the love even more. I’m far more interested when somebody like Tim O’Neill finds the sublimein the Age Of Apocalypse, than when he spends 3504 words pointing out that Doctor Who is a bit daft.

I’m always up for a bit of a moan myself, but I always like trying to explain what I felt when I saw or read or heard something that moved me, or thrilled me, or affected me in any positive way.

That’s one of the main reasons for this blog, and here are three examples of what I’m trying to do – three examples when all cynicism was banished, and a passionate argument was made for brilliance, and pure love was unleashed: 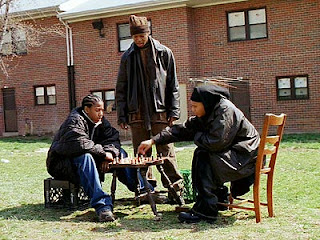 Example #1:Charlie and The Wire

The Wire can be a hard sell to people who have never seen it before, and I’m still a little surprised by how many people haven’t seen it yet, no matter how many times they get told it is the Best Thing Ever.

It was four seasons down before I got into it, and that was after a couple of years of endless praise, years where trusted critics kept saying – over and over again – that it was one of the greatest things shown on television since the first TV screen flared into life.

There was definitely a cumulative effect here – if enough people say something is truly great, the temptation to check it out can be overwhelming. And it can take just one last piece of gushing admiration to finally commit.

I know exactly what that one last piece was for me. It was this three-minute and 57 seconds video:

Charlie Brooker is a marvellously cynical British writer who only gets away with it by being totally self-aware and genuinely funny. His columns and TV shows are mercilessly humourous, pouring scorn on deserved targets and despairing at the most obvious examples of extreme stupidity in modern culture. I scorched through his Dawn of the Dumb book while motoring around the UK, and I think his Black Mirror series was some of the most wonderfully intense television put out in the past year..

In his most recent columns over the past couple of years, he has gone for the cheap laughs by playing up the part of a grumpy old bastard, to the point where people are convinced he hates absolutely everything, but sometimes Brooker lets the mask slip, and he can’t stop himself from raving about something brilliant, and he’s bloody convincing when he does it.

So when he told me The Wire was even better than Deadwood – and you cocksuckers should know I liked Deadwood – I fuckin’ listened. That segment, which was part of one of his Wipe programmes, is unequivocally positive. He shows that it was more than just a cop show, and that it’s saying something profound about the American psyche, and that it’s funny and emotional and dense, and he does it in less than four minutes.

When Brooker says that if you like good drama, you have “absolutely no excuse for not indulging in this”, he is worth listening to. Because he was right, and now I’ve become that guy who lends all five seasons to my mates, and then gets frustrated when they only get a couple of episodes in. Because, like Brooker says when he runs out of nice things to say, it really just is fucking brilliant 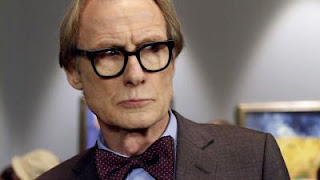 Example #2: Vincent and The Doctor

One of the things that can drive me crazy about Doctor Who over the past few years is that there can be perfectly competent and average stories that still manage to have moments of brilliance. There can be even be entire episodes of dull, repetitive and silly plot turns that are redeemed by one of these moments. Moments where somebody shows compassion when they don’t have to, or when something really clever happens.

Moments like the bit on the roof in The Eleventh Hour, when Matt Smith introduces himself properly, or the moment in Christopher Eccleston’s final story where his hologram turns to look at Rose, or the bit where the Tenth Doctor stands in the rain at Journey’s End.

Vincent and The Doctor – starring the towering Matt Smith as Doctor Who and written by Richard Curtis – has a completely okay plot, (it does, after all, focus on a hunt for a giant alien chicken), with a stunning moment of lovliness at the end, when Vincent Van Gogh gets a look at his legacy.

And Bill Nighy – often the undoubted best thing in every movie or show he appears in – delivers a passionate ode to Van Gogh, praising the artist for taking some terrible pain and creating paintings of exquisite beauty.

I can’t embed a video of it, but here is Nighy’s full speech, after being asked how Van Gogh rates in the history of art:

“Well. Um, big question, um, but to me, Van Gogh is the finest painter of them all. Certainly the most popular great painter of all time. The most beloved. His command of colour, the most magnificent. He transformed the pain of his tormented life into ecstatic beauty. Pain is easy to portray but to use your passion and pain to portray the ecstasy and joy and magnificence of our world. No one had ever done it before. Perhaps no one ever will again. To my mind, that strange wild man who roamed the fields of Provence, was not only the world's greatest artist but also one of the greatest men who ever lived.”

I love that speech.

I need a moment. 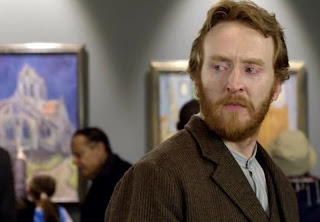 Richard Curtis made Love Actually, (where, again, Nighy was the best thing by far), so he knows all about oversweet sentimentality, but sometimes I don’t care. I’m up for some naked sentiments now and then.

And he’s talking about Van Gogh, who I’ve always loved, but I have never found the words to explain that love.It's art talking about art, and articulating something I never could. In a TV show about a madman in a box chasing a big alien chicken. 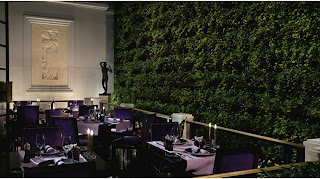 Example #3: Joe and the good food

My parents weren’t ones for variety in their food when I was growing up, which meant that 90 percent of the dinner meals I had as a kid consisted of spuds, peas and some kind of meat. I didn’t eat proper pasta until I was eighteen, and didn’t start eating rice regularly until I was well into my thirties.

But in the past couple of years, I’ve eaten snails in Paris and goulash in Budapest. I’ve tried the Osaka pancake and fermented horse milk in Mongolia. I’ve also racked up five Michelen stars while living in a country that has none. Three of those stars were in one restaurant, where the wife and I paid $1800 for a magnificent 14-course meal by Joel Robuchon.

Like a lot of things in life, this is all Joe Rice’s fault. 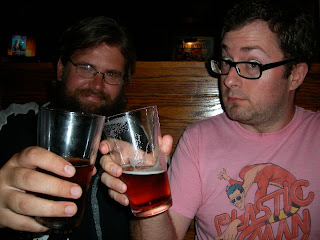 The Reverend Colonel Joe Rice is one of the very few people that I know over the internet that I have actually meet in real life - the internet breaks down those geographical barriers, but New Zealand is still fucking ages away from fucking anywhere – and I got completely rotten drunk with him and the mysterious Mr F in a grotty New York bar one night in 2007. I can’t remember much about that night, except that I kept getting confused about tipping etiquette and that my Werner Herzog impersonation needed work.

The other thing I remember about meeting Joe that day was the way he totally turned me into a newbie foodie. Well, it was mainly the wife and her insatiable demand for new taste sensations  – she loves her food and that love is infectious. I got her a 3kg piece of good steak for her birthday recently and instantly became the Most Popular Husband On The Planet, and we've been married six years now and I've tried more new food in that time than the rest of my life put together.

But on that overcast day in New York, Joe told the wife and I about his experience at a Michelen-starred restaurant he went to in Copenhagen, and by the time he was finished talking, I was finally sold on the concept of fine dining.

He talked about the way the wines with the sixth course brought out the lingering flavour of the third course, and the way the entire degustation process was so exciting, and the food so good, he couldn’t stop sweating.

When somebody tells you about a magnificent experience they had, the only natural response is to go and copy them. And now I’ve had those kind of meals that Joe was talking about, and I get the idea of what he was saying.

I still got a lot of work to do on my food snobbery, but I'm getting there, and it all started in that New York bar. 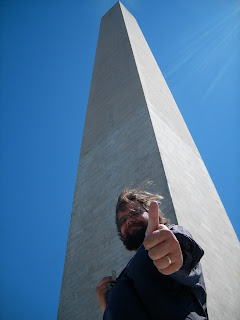 That's it. That's what I'm going for on the blog - because I feel the same way about the long-term story arc in Judge Dredd just as much as Charlie Brooker loves The Wire, and I love the Invisibles as much as Bill Nighy loves Vincent, and I adore the New Warriors just as much as Joe Rice likes his fancy food.

No wonder I won't shut up about them.
Posted by Bob Temuka at 11:09 AM