So yeah, she’s totally right. I am in love with Richard Harrow. 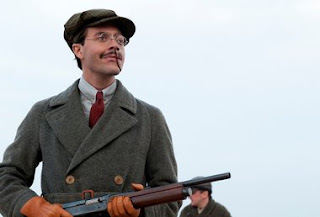 I overdosed on Boardwalk Empire recently, watching all of the latest season in less than a week. It was a show that always felt richer if you let a few episodes build up, but I didn’t realise the season was almost over until it was almost done, so did the whole thing in one straight shot.

Watching two episodes a day might be the optimal way to see Boardwalk Empire, the tension never flags and the story motors along at speed. It’s a television show that can get unashamedly over the top with the sex and violence and intensity, but can also take a long time to get to the point.

I watched almost all of the late at night, around the Witching Hour, which wasn’t always the best idea, with one episode – the one that ends with a main character delivered in a box – giving me terrible nightmares that evening.

But I’ve always thought of bad nightmares as good signs of effective entertainment – if a story can upset up on that kind of subconscious level, it must be doing something right. Boardwalk can get downright nihilistic at times, especially when the body counts start to rise, and it’s still surprising, and enjoyable, to see something like that in a TV show.

And after two seasons of tantalising brilliance that was often buried in clumsy, obvious mush, Boardwalk Empire got a lot of things right in its third year. 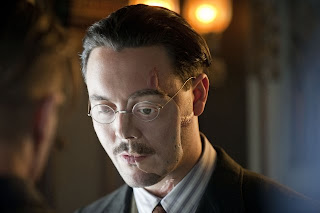 Boardwalk Empire has always been beautifully shot, right from the Scorsese start, but sometimes the camera placements and lighting were just a bit too obvious. Not as painfully obvious as, say, the soundtrack to a Zach Snyder film, but almost exactly what you’d expect from an ultra-violent gangster flick.

After a couple of years of this, the homaging of older works is still there, but the show makers are just gleefully giving in to it. The opening few minutes of the last episode alone has homages to half a dozen great filmmakers, and it’s hard to hate that too much. (To paraphrase Sean T Collins, whose analysis was always the first thing I read after watching an episode, "Full Peckinpah! Full Scorsese! Full Coppola!Full Silence of the Lambs!")

Especially when the production design is so lush, and the landscapes so wide and open. It should also be noted that for a weekly genre television programme, it has some surprisingly courageous camera movements, talented and experienced HBO directors breaking down basic rules around blocking and light sources, finding the sublime shot in a world of gangsters and betrayal. All of this would mean nothing without a solid narrative. Fortunately, the narrative meat of the story, which has long marinated in its own juices, finally gets a decent tasting. Boardwalk Empire is unashamedly Epic, a story of kings and king-makers, full of assassination, intimidation and deal making with the highest possible stakes. When Nucky’s plan all pay off in the final episode, I can’t tell if it’s a last minute gamble that happened to pay of, or long-gestating schemes that just happen to pay off.

That kind of dead-serious storytelling can awfully worthy and wordy, but Boardwalk can also be incredibly funny. Sometimes its deadpan seriousness is the funniest thing in the world – Michael Shannon’s barest twitch is hilarious – and sometimes it’s just sublimely silly – like when Stephen Root leans in to whisper a name in James Cromwell’s ear. 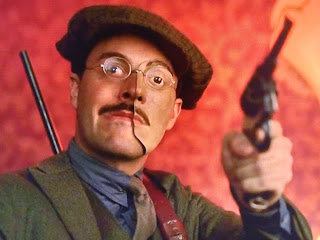 A lot of the humour and humanity in the sprawling cast of the show is due to the wonderful cast. Fantastic character actors like Root or Cromwell get a couple of scenes and show everybody how this acting thing is done, but there is also Michael Stahlberg’s Arnold Rothstein and the way he stands there with a cup of tea, a fixed smile and a murderous stare; the great Stephen Graham doing another charming psychopath with a heart; and Michael K Williams with his smirk-of-a-thousand-meanings.

Steve Buscemi still takes scenes that you always know are coming, and overcomes the cliché and delivers something unexpectedly real, while Kelly Macdonald is fantastic when she can’t help calling someone on their bullshit (even if she only gets to do it about twice a season).

The cast is full of charming people who hide their ugly sides beneath sharp haircuts and sharper suits, but it’s the broken ones who are the most fascinating, the ones who try to find a place in a world they can’t connect with. Broken ones like Richard Harrow.

Richard Harrow – as played brilliantly by Jack Huston - went away to war and got half his face blown off. He thought it also blew away part of his soul, but it’s still there, he just can’t connect with people.

It’s still there because he’s trying – so hard – to connect, and sometimes he fails, and he is made to feel foolish. And sometimes he receives a kind word at the right time, and he actually feels something far better.

The great tragedy of the character is that his inability to connect with his fellow man makes him the ultimate killer. He doesn’t necessarily wants to kill anybody, but if he has to, he’ll act without any hesitation or remorse. He’ll walk into a house full of gangsters and kill everybody in it, quickly and methodically and efficiently.
Huston is surely destined for better things, and even though the blank stare of his mask does a lot of the work, the way he moves around a room, or grits his jaw in silent determination, or stares out at the world through one good, lonely eye, makes him the most compelling character in a story that is full of them. 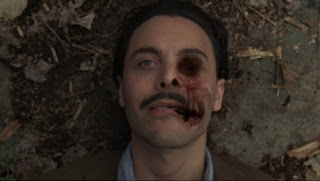 It’s been a great year for serial television drama, with shows like Mad Men, Game of Thrones and Breaking Bad all providing some stunning moments, and Boardwalk Empire is as strong as any of them. It’s a lot less self-conscious than it needs to be, and approaches greatness on a weekly basis.

It’s not just because of Richard Harrow, but he certainly doesn’t hurt. 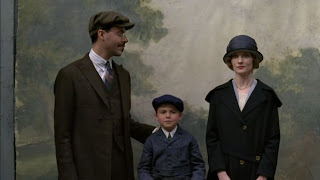 I’ve also been catching up on Breaking Bad over the past few weeks, and have nearly totally caught up on that, and I think I’m in love with Jessie Pinkman too, but that’s mainly because I think the boy could use a hug.
Posted by Bob Temuka at 10:38 AM

I couldn't agree more, I am another straight male who would alter their sexual orientation purely for the sake of Richard Harrow . . . He simply has that affect on me. In a show FULL of incredible actors and characters and dialog, it is he and he alone whose screen time I relish every episode. A Salute, Jack Huston !.