Fanboy indignation can be pretty fucking funny sometimes, but there are limits, and I found mine again halfway through The People Vs George Lucas.

Nerd culture gets itself all worked up over the strangest things, and the results can be entertaining. So I thought I’d give the documentary a go when I saw it at the local DVD store for a dollar. While the astonishing new theories it put forward – that the new Star Wars films have been a bit shit and the remixing of the old films has been a crime against art – are neither astonishing or new, it looked like it could be funny.

I lasted about 40 minutes into The People Vs George Lucas, because it wasn’t funny anymore. It was just boring. 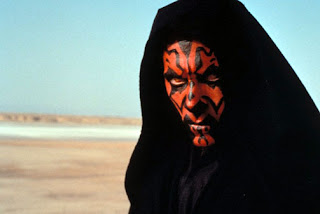 I gave up on the documentary once people with terrible facial hair started singing a song about how George Lucas raped their childhood, because that particular analogy has gone from smirking to irritating to offensive in record time. (Although I do love the South Park episode where Lucas and Speilberg do actually physically rape Indiana Jones, partly because it’s genuinely disturbing, just as you think that cartoon can’t shock you anymore, and mainly because Butters gets the last word, and doesn’t see what all the fuss was about).

Look, I love Star Wars as much as the next thirty-something guy. I was obsessed with the movies when I was eight years old too, and it’s a love that will never die. It was worrying to see the cack-handed changes made to the original films when they were released in the late 1990s, but the films were still slightly magical and still incredible fun. (It’s notable that The Empire Strikes Back was the one that needed the least ‘fixing’ and was still the most impressive, proving that new effects had nothing on the old movies.)

And I didn’t even mind the prequels that much. They were needlessly complicated, featured an inexplicable loss of mojo from John Williams, thuddingly dull at points, and the simplicity of the space action scenes were always way over-cooked – too many asteroids floating through the space, or too many spaceships to keep track off, flying apart in a million little pixels.

But Lucas still knew there was inherent drama in vehicles travelling at insanely high speeds and people hanging on for their lives over the abyss, and there was plenty of that too.

Unbelievably, in between all the interminable senate meetings and painfully clumsy slapstick, there were moments of pure joy, sometimes only a couple of seconds long, where it all came together.

It’s there in Obi-wan’s feint in the fight against Darth Maul, and Padme’s glorious costumes, and the fantastic editing in the pod race sequence. There can be a long, unbearable scene where Anakin leaves his mother, carrying all the weight and conviction of a fairground ride, and then there will be six seconds of sublimely shot light sabre action in the desert. 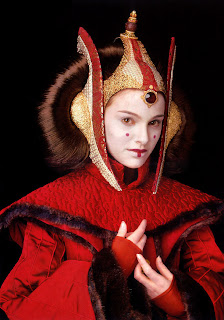 I was 24 when the Phantom Menace came out, and it was the first time I really felt out of step with nerd culture. The films weren’t great, but they weren’t the Worst Thing Ever. (That’s still Curse of the Cannibal Confederates, folks…).

I did used to get angry about the stupidshit all the time, but the new Star Wars film? It was okay. Shrug. Whatever. Order another beer.

There is so much absolutism in the geek world. Everything has to be the very greatest, or the very worst, which sniffily avoids the fact that most of the movies and comics and TV shows lie somewhere in the middle.

Where it exactly lies in the strata depends partly on quality, and mainly on personal taste. I would happily put O Lucky Man at the very top of my list, but understand that most people would rank it a fair bit lower. The Star Wars prequels were somewhere in the middle. Better than the Transformers films. Not as good as originals. Somewhere in there.

I’m sure most people probably feel the same way – it’s not just a complete coincidence that the use of the word ‘meh’ took off around the same time as the new films. The standard reaction seems to be that they were a bit shit, and that kids are stupid because they do actually think Jar Jar is funny.

But the ones who cared passionately – the zealots – were always the ones to feel most betrayed, most personally affronted, and slowly the narrative became ‘George has fucked us’. 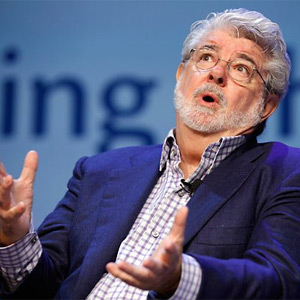 The same thing is happening in comic book culture, every day. Some people get so angry about Before Watchmen they give up on comics altogether, others take an off-hand comment in an interview with a creator as a direct personal slight.

Some people seem shocked to see corporations act like corporations, when they’ve been doing it forever, or they are knocked down when a writer or artist says something they don’t happen to agree with, forgetting the fact that comic creators are actual human beings, who don’t always act coherently, or honourably, or unselfishly.

I could go out now on the internet, and easily find a dozen nasty complaints about the current state of the DC universe, or how Bendis’ Avengers is just talktalktalk, or how incoherent the new Morrison comic is, and there can be some real anger there. Real hate.

I remain as baffled – and kinda exhausted – by all of it as I ever was. And I still think it’s a bit funny sometimes. But not as often as I used to. 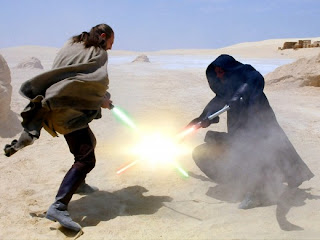 And hey, the rage isn’t just confined to nerd culture. In my day job, I get hate-filled emails from members of the public on an hourly basis, telling me I’ve done something that was a personal affront to their sensibilities. (I got a pretty thick skin for that kind of thing, but also have the self-confidence to know that these moaners don’t know what the fuck they’re talking about.)

There is rage on the commuter bus in the morning, anger at the local sports ground, and real hatred on busy city roads. It doesn’t actually spark up into actual violence all that often – we’re not living in the Middle Ages anymore – but it’s there in everyday life.

I guess I just see a lot more of it in nerd culture, because I’m happily wallowing in that culture every day. But there is so much anger at so many silly things, like a new comic book, or Star Wars, that it inevitably sours the whole mix. 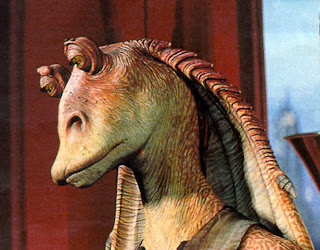 Because the love of a good story or geek experience is no match for the real thing.

I love comic books more than any other medium. Overall, I like ‘em more than the movies, and more than TV, and more than music. There is something about the blend of words and pictures, and the ability to do absolutely anything with them, that really sings to me.

But there isn’t a single comic that means more to me than things in real life - things like the love for my wife, for my friends, for my family. There is nothing in comics that gets me as angry as I feel when I see or hear of some great injustice in the real world.
These nerd things are entertainments, that can move us and make us laugh and make us angry, but they’re still just entertainments. Art can reach across the centuries and speak to me, but it’s nothing to the feeling of comfort and love I get when my wife takes my hand. Art can touch me inside the soul, and remind me of something sublime in my own life, but that doesn’t compare to her smile, or when I make her laugh.

While comics can remind me of the feelings I have when I see an old friend for the first time in ages, there is no comparison to the actual meeting. When I read a comic book I don't like, I don't worry about it, but I do worry about the way our society can be callously indifferent to suffering. There are things to be angry about in this world, and the Phantom Menace just ain't one of them. 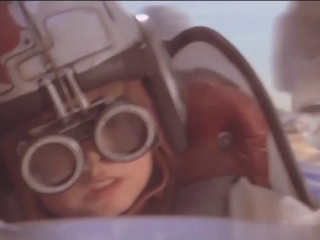 There is only so much sneering I can take, and a little perspective is always welcome. It's only a fucking movie.
Posted by Bob Temuka at 7:25 PM