Comics journalism: The lack of the dispassionate


A while back, I talked about an idea I had about the current state of journalism that focuses on the comic book industry and medium – how the moaners and groaners couldn’t see the forest for the trees, and how we’re actually living in a golden age of comic book journalism, with unrivalled access to an extraordinary amount of information and analysis.

I still stand by that theory – there is a phenomenal amount of information about the comic world, from ultra-local minicomics to mainstream megaliths, available every day. Straight-up press releases, analysis of sales figures, daily updates on editorial changes, comment pieces, essays in response to those comment pieces, timetables for conventions, birthday wishes to beloved creators, interviews and reviews – it’s all out there, every day, for everybody.

There is an absolute glut of information in the 21st century, and it’s the responsibility of the individual to keep up, to the level they’re comfortable with. You can’t keep up with everything, but you can aggregate, or trust proven gatekeepers. In the world of modern comics, where there are so many talented creators and so many great comics (and just as many bad ones), you still only need to go to half a dozen different websites to get good links and data.

But there are still holes in modern comics journalism, huge and gaping holes, whose absence in still noticeable among the noise.  And there is one that bothers me the most 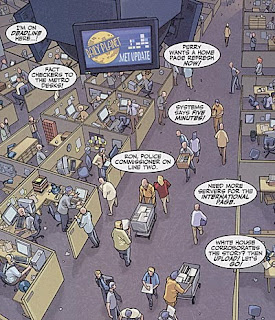 Journalists are supposed to be instant experts on anything, but that doesn’t change the fact that they are often completely personally uninterested in the story they are covering. This can drive people with a personal stake in that issue crazy, but the best journalism is often outside the individual reporter’s sphere of interest.

It’s this outsider’s perspective that is often missing in comic culture. There isn’t enough journalism from professionals who don’t give a shit about comics, but can still report about the issues affecting that medium and industry, without dumbing it down.

Almost all of modern comic journalism comes from a place of passion. We care about comics, so we talk about them. We can't stop talking about them. But there is still great value in a perspective from outside the culture that doesn’t patronise that culture. We could use more of that. 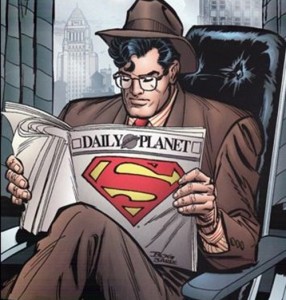 It can’t be me. I’m a professional journalist in my day job, but there is no way I could talk about comics in some serious way without some kind of passion creeping in. Even though I have no financial stake in the comic business, and gain nothing from plugging the things I like, I still desperately want more people to read, say, Love and Rockets or Judge Dredd, which is why I keep going on and on and on about them.

(I see all those glazed eyes in the office when I get a new issue of 2000ad every week and can’t stop talking about how great Dredd is, but I can’t stop, not ever.)

I have my own prejudices against the big companies, and personal affection for some of the more singular and barmy comic talents. I could never do a straight report on anything Marvel or DC did without bringing some kind of bias into it, not after all they’ve done, not after all the shared history we have together. All I can do is offer up embarrassingly personal blog posts.

It can’t be any of the recognised comic journalists, because they all have their personal tastes. The internet has blurred this line between personal and professional, (I’m not complaining – again, that’s what this blog is all about), but issues of tastes and ethics are unavoidable.

And if you’re reading this blog and all its comic-related bollocks, it’s probably not you either, because you’re bound to give a shit in some small way. 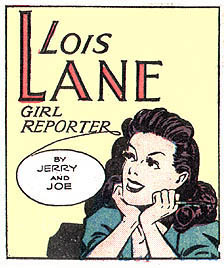 There are still trace elements of this kind of comics journalism. It does exist. Books like the fascinating Marvel: The Untold Story grab the attention with loads of salacious gossip, but also take a refreshingly detached view of the overall structure of the comic company.

There are still lots of fairly dispassionate pieces on comics in mainstream publications, but these are generally worthless, either stating the obvious, or biting on some kind of PR bait. (Didja know Superman has quit The Daily Planet? Earth shattering!) The best place to find real hard news about the comic book industry are on the business pages.

I'm not just saying that because I used to be a business journalist, I'm saying it because business reporting doesn't give a shit about Wolverine's new costume, or Superman's new job - they only care about the bottom line. Stock prices and market announcements might sound boring, but they're the real story behind the variant covers and mass cancellations.

Mainstream business reporting of the comic industry can be just as facile as any other reporting, but there are also great stories about funny books on the business page. 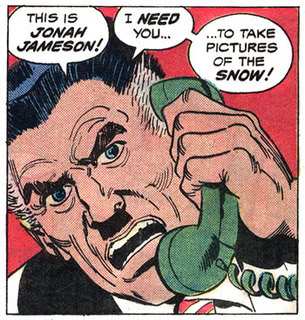 Of course, business reporting is all about the dollars, and it's the money and perks that pop up in the huge middle ground between cold professional and shameless fan, and the blurring of those lines that can be a real concern.

It's not just comics. In the last few days, the video game journalism had its own shitstorm over the different between fan and professional, and the problems that crop up when freelance journalists don't reveal who is paying a lot of their invoices.

The freelancer might not even know they've made the move from fan to shill, but that's no excuse for a lack of professionalism, and a need to declare all relevent interests, if you ever want to be trusted.

Meanwhile, Morrisoncon - a comic convention largely built around the personailty of Grant Morrison - offers up discount rates for anybody who generates a bit of media around the event. This not only deters real reporters - who would never, ever pay anything to cover a story - the kind who could generate a proper perspective on the thing, but also created a lot of white noise: bland panel transcripts and endless essays about how the people who went were a bit weird, but not that weird.

The real story - about the attempt to craft a new comic convention market with high-end aims centred around a cult of personality - was hard to find. 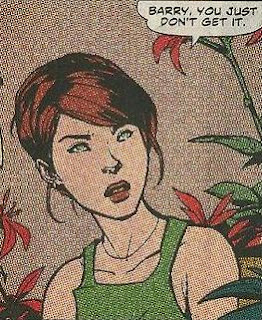 The dispassionate observer wouldn't solve all these problems, and would still get a lot of things wrong. And I really don't have that many ideas about getting the attention of that kind of journalist in the first place.

But it would be good for all comics if there was a bit more professionalism in reporting, or we won't be able to trust anybody and the noise could become overwhelming. 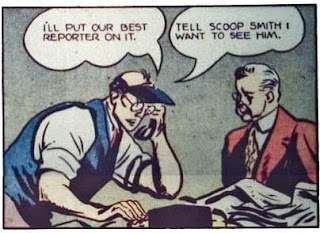 (Addendumb: And yeah, it is pretty funny that Superman is giving up on the Daily Planet, just as I'm saying this. But if Clark Kent's forays into journalistic idealism are handled with the same clumsiness other superhero comics have shown when they try to portray the media, it's likely to be just as pointless. Or as painful as comic book writers' attempts to write straight editorial content. If I was Clark Kent or Ben Urich's sub, I'd throw most of their copy back in their face if they tried to do the stories you occasionally see in comic books - all those awful intros...)
Posted by Bob Temuka at 9:22 PM