"Who is your favourite superhero?"

Every now and then, I get asked what my all-time favourite comic/movie/TV show/album is, and I always have real trouble with the question. How do you compare two vastly different stories or bits of art, just because they share the same medium? Is Catch-22 better than The Cold Six Thousand? Is Withnail and I better than 2001: A Space Odyssey? Should we really have to choose? Can’t we like them all for different reasons?

Mention that you read comics with some regularity, and the first question is always: ‘What’s your favourite comic?’ That’s easy enough to answer, although I always have to point out that I cheat and have two absolute favourites: I adore Love and Rockets for the packed narrative that has stretched over decades, while 2000ad is my other favourite, simply because the stunning breadth and quality of stories.

The second question that usually comes up when you admit you’re a dirty, stinking comic reader is: ‘Who’s your favourite superhero?’ And I find that a lot more difficult, because I just can’t compare, even though I’ve really tried.. 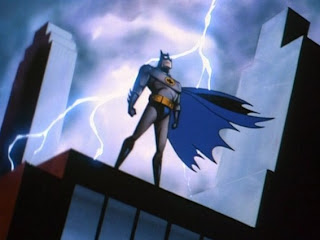 My immediate, visceral answer to that question is usually Batman, because Batman is Always Cool, and because there have been so many more great Batman stories than any other superhero.

But I also dig the Hulk, for totally different reasons. And I love the way Spider-Man never gives up, even when life serves him up a double-sized shit sandwich. And I adore the ideals and purity of Superman, and have a soft spot for Lobo comics. 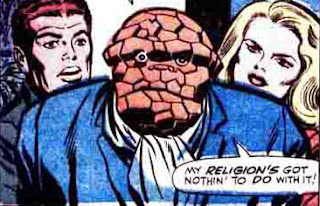 There have been arguments of the exact definition of a superhero for decades, and the issue is still fantastically unresolved. Is Doc Savage a superhero? Is American Flagg? Is Fantomas, or Swamp Thing, or Zot?

My usual answer to this dilemma is a “why not?” It doesn’t seem like that big a deal to label any individual with a distinctive look and set of skills, operating in a hyper-real environment on a platform of fairness and justice, as a superhero. There may be different degrees to which they can serve as aspirational models – we might all try to be as brave as Matt Murdock or as loyal as Ben Grimm – but there are even limits here: I don’t think superheroes should kill, although that never stops me enjoying a good Punisher story.

But even though it is bloody convenient to put them all under a label, I still can’t compare superheroes all that much, because they can just be so different. 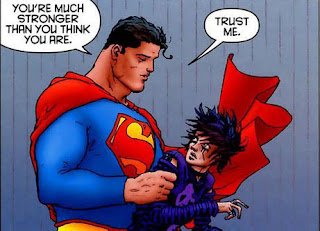 Take Superman – the biggest and most iconic of any superhero. He stands for certain rigid principles, while also showing tremendous compassion towards humanity. He is the ultimate ideal of humanity’s potential, showing the way forward for all of us, while still standing up to brute bullying wherever he finds it.

A lot of what makes the superhero so appealing – this mixture of absolute power and absolute responsibility – is definitely inspired from the big man. Nobody wants to disappoint Superman.

He could rule the world in the blink of an eye, but lives as a common man, always keeping his strength under control. He always, always does the right thing, and never gives up, and always figures out how to beat the bad guys.

He is a superb moral guide, never patronising and never lying, and that’s a moral guide worth following. 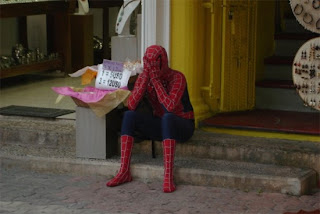 And then take Spider-Man. Even though he is Marvel’s equivalent to Superman when it comes to sheer iconic popularity – to the point where the first ever crossover between DC and Marvel simply had to be those two – they operate on two completely different levels.

Superman lives in a world where excellence is rewarded, while the universe takes a giant shit on Spider-Man’s life, over and over again. And he takes the punches, and rolls with them, and he never gives up, not ever.

Petey Parker has been metaphorically buried beneath a giant pile of dripping metal for decades now, and he always pushes it off. And never for selfish reasons – it’s to help his Aunt May, or his wife, or a random stranger who just happened to be in the wrong place at the wrong time.

Parker can never get a break, even when he is soaring over the city, but he perseveres, because it’s the right thing to do. 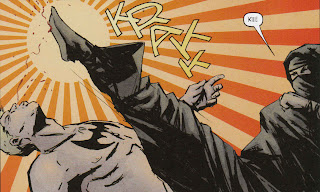 And then – in the Marvel universe alone - there are the driven geniuses like Doc Richards, or primal forces of nature, like Bruce Banner (who was both genius and power). And there are the old stories made new, like Thor, or groovy kung fu thrills in Iron Fist.

And even singular characters never quite fit into simple categories. Over the past couple of decades, the Flash has been a happy hero who combines incredible power with strong smarts, a family saga stretching across generations and a straight-up police procedural with some funky twists.

Even though they team up, and work together, and slap each other on the back at the end of an adventure, all these superheroes are telling different stories in their own different comics, and comparisons start to look silly. 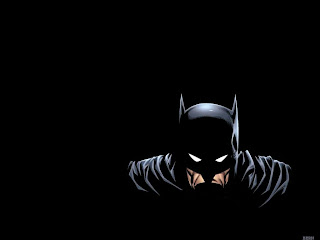 But on reflection, with all due thought and consideration given, I guess I still have to go with my gut and say Batman is my favourite.

If there is one thing all superheroes have, no matter how powerful or skilful or lucky they are, it’s that they never, ever give up.

And Batman – with his awesome fists of justice – has the will to seek justice like no other man who ever lived. That willpower, that determination, is there in every version of the character. It doesn’t matter if it’s cartoony fun or over-egged psychodrama, Batman never quits, and that’s why I love him the most. 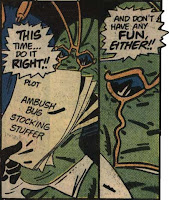 Addendumb: Forgot to mention that this entire train of useless thought was inspired by the lovely gentlemen at Comic Books Are Burning In Hell, the new podcast at The Factual Opinion. They all take a crack at this question and came up with three completely different answers, which got me going.
Posted by Bob Temuka at 7:29 PM