Learning to let it go

I used to get so angry about pop culture bullshit.

I remember being incandescent with rage when I found out that Hulk Hogan had won the 1990 Royal Rumble. I was shattered (several times) by the fact that the local shop missed an issue of 2000ad that week. I actually sent an angry letter to TV2 in 1991 when they screened Robocop and cut out so many gory bits that they made parts of the film nonsensical.

I was angry when more people weren’t reading the Invisibles, and when Youngblood sold a million copies, and when I gave some Love and Rockets to somebody who would not stop going on about Gabriel García Márquez and he couldn’t get past the big tits.

I used to get so angry, but it just doesn’t bother me any more.

Look, I ain’t no saint. Like anybody else, I still have anger in my life. Bad drivers are deserving of utter rage, but that’s all fleeting. If you cut me off in the fast lane on the motorway and then drive 20 kays under the limit, I’m going to curse you, your family and your ancestors until I go blue in the face, but I will have forgotten you exist in five minutes.

Computers that won’t do what they’re bloody well told also drive me mental, and one day I’ll probably be found slumped dead over a piece of technology that is still only 53 per cent loaded. But that’s another anger that is also fleeting, once things are working like they should, everything is hunky-dory.

Actual atrocities, war crimes and crimes against humanity are also worth getting angry about - it’s a righteous rage that we all share against injustice that is helping us evolve into better people. We all do what we can to prevent that kind of horror. We all hate sheer injustice, and seeing it happen is always going to make people angry, and that’s a good thing, because then things change.

I do still have some enemies, but I don’t really think about them too often.

But that’s about it. It’s all petty inconveniences and social injustice. And while I used to get so ridiculously annoyed at certain things happening in the funny book business, now I see examples of ignorance and stupidity, and just let them slide by. 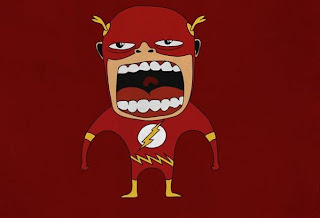 I still think the way the major comic companies have treated their creators over the years is frequently unethical and reprehensible, but I don’t rage over it any more. I still care, but I don’t feel real hate.

Besides, taking a position of unbridled rage is good for grabbing attention, but actually accomplishes fuck all.

In my day job, I help run a major news website, and deal with a fair bit of the correspondence which comes in from the lovely public. Most of it is pretty depressing, but you build up a thick skin for it. When you literally get told every single day that you're doing a terrible job and should be ashamed of yourself and are probably South African (I’m not sure where that last one comes from), your skin hardens up pretty damn fast.

So it’s got to the point where a really aggressive missive just seems more funny than disturbing. Angry rants about the website are quickly written off and ignored – if there was a point in there the writer was trying to make, it was lost.

On the other hand, a point made calmly and clearly is likely to have far more of an impact. It still might not accomplish a lot, but if you can stop yourself from raising your voice (even with the written word) and don’t have to resort to personal insults, you will be listened to. A little politeness always goes a long way. 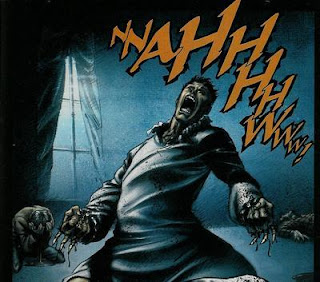 Most of the things people rage about in the emails I get at work are usually fairly trivial. (They think that just because they care deeply about something, everybody else shares their ideology, or should. But we don’t, and we don’t.)

And while there are things in this life worth getting angry about, comic books and other debris of modern pop culture are not, because they are about as trivial as it gets.

Once upon a time, something like Before Watchmen would have driven me into a rage, now it’s just something else to ignore. I once was passionate that all superhero comics should be great, now I find it easy to live with the mediocre, because it’s so easy to stay away with it.

There is so much rubbish – idiotic and misogynistic and unethical comics that can arguably cause actual harm, but there is also so much good stuff, it doesn’t seem worth it to worry about the bad stuff, and just focus on the best.

While there might be the odd bit of sneering at the sheer stupidity of many modern comics, there is nothing worth crying about. There will always be bad stuff, why give it any heat at all? 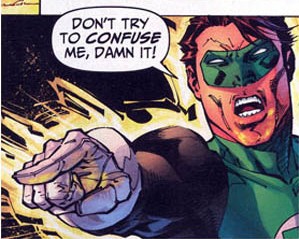 It’s so easy to do these days. There is so much other good things to focus on, and so much of it is so more easily available than at any other time in human history, that I just can’t get cross about the stuff that isn’t worth bothering it.

Even that rage I used to feel when I was denied something I really, really wanted isn’t really there any more, largely because there is so much access to anything. If I miss a particular episode of a favourite TV show, it’s not worth agonising over, because there are half a dozen ways I can seek it out now, and if I miss a comic, then there are other ways to get it.

The local newsagents still miss the occasional issue of 2000ad, but it’s okay. It only happens a couple of times a year, and I always track down those missing issues, one way or another. It might take some time, and it might screw up the flow of some comics, but yelling at the shopkeeper won’t help that.

Technology and all the new options it offers has helped with gaining access to stories I never would have before, but I have also just gotten a lot mellower as I get older. As I’ve grown up, I’ve realised that I eventually do get to see or read anything I really want to, even if it takes time.

And so much of that pop culture bullshit that seemed so important is just so… trivial. And it’s not just comics, I used to get angry about bad music and movies, and simply couldn’t understand why people weren’t into stuff that was CLEARLY SUPERIOR. I once raged against New Kids on the Block, now something like One Direction are more likely to get an amused shrug. (Largely because all those young girls screaming over bands like that are going to be horribly by it in five years time.)

I do still get annoyed by some things in the entertainment world – I’m still a little pissed that films like Kill List or Cabin in the Woods don’t get any kind of cinema release, when that’s the only way I really want to see them, and I do genuinely think Before Watchmen is a terrible idea.

But they’re just not worth getting angry about. Not when it’s so much more fun to just enjoy the good stuff.
Posted by Bob Temuka at 5:24 PM

Obviously rising above all this sort of petty stuff is completely the right thing to do, BUT in the unlikely event you feel the childish urge to get your own back against your right-on Marquez fan friend, you ought to ask him how he can admire an author so misogynist,disrespectful-of-women, evil, etc... as to write something like his most recent novel