I still find it a little weird to be in a town that has comic shops, and I still think it’s a novelty to talk about comic books on the internet with people who care about them just as much as I do, if not more.

Things haven’t always been this way, and I’m still getting used to it. 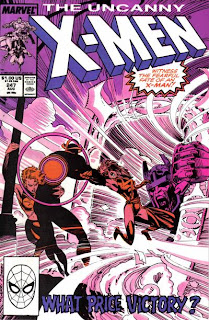 When I was teenager and going through my peak comic period - at a time when I was utterly obsessed with all the comics in the world - I lived in a town of 3000 people near the bottom of the South Island of New Zealand, right there on the arse of the world. Apart from my mate Kyle, whose enthusiasm for X-Men and 2000ad occasionally outshone my own, the idea of talking about comics with other people always seemed so... unlikely.

It was always fun to talk to Kyle about what happened when Rogue went through the Siege Perilous, or what was in Kano’s black box, but his tastes were particular, when I was into everything, and as far as I could tell, there was nobody else in the town of Temuka who cared about Mark Bagley and Dan Clowes in equal measure.

So I kept it all to myself. It probably didn’t do much for my social skills, and may explain why I unload so much of this crap on the blog now, (self awareness go!), but comics became something internal. I got right out of the habit of talking about them with anybody, content to live in my own little head with Black Panther and the Katzenjammer Kids. Like Warren Ellis liked to say, when it comes to comics, we all Come In Alone.

It wasn’t a case of never talking about comics with people, I was always up with discussion of particular comics with particular people, or giving specific comics to people who asked for them, but in general, it was all internalised.

Things are a bit different now. 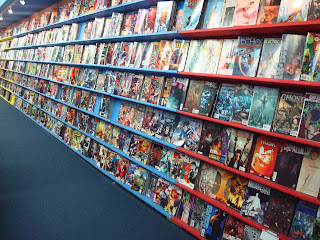 I first came out of that weird shell a bit when I went to my first comic shop and talked to people.

It took me a long time to get to my first comic shop, and another decade before I could get to one regularly, and it was only then that I meet people who also really liked Grendel comics. Go to the same place often enough, and people remember you, and you get to talk about stuff you have in common.

But even that became off-putting: While there were good people, comic shops also hired people who managed to be more socially awkward than I was, and I never got into the habit of hanging around the shop and talking shit about this week’s new releases. I became a grab-‘em-and-go guy. Give me my fix and I’m out the door. 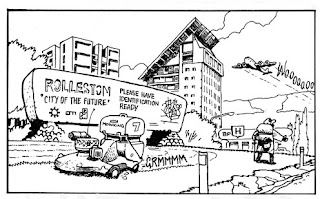 And even though I was now surrounded by like-minded geeks in the store every week, there still weren’t that many. It was all part of the geographical isolation of living in New Zealand, right there at the bottom of the world. They cost three times as much as they do in America and distribution can be decidedly dodgy, so comics have been an extremely niche market around here since the mid 1980s.

All of that didn’t mean anything once I got on the internet. 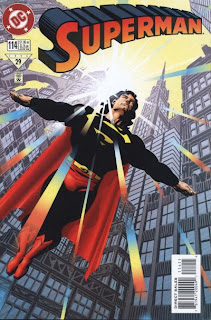 The first thing I did when I got on the internet for the very first time was look up comic books.

This was 1995, so there wasn’t much to choose from, and I didn’t know where to look. I remember the first thing I found was a new review of a recent Superman comic, and I remember how chuffed I was to soon find a comic news site that updated once a week. (I think it was called Mania or something, and I have a vague feeling it eventually turned into Newsarama, but I could be getting totally mixed up there.)

Then I found websites solely devoted to Alan Davis and Matt Wagner and Kingdom Come, and that last one somehow became Comic Book Resources, and that’s when I really realised I wasn’t alone.

I got deep into the message board culture there for a couple of years in the late nineties at CBR. There were other places, but Alvaro’s boards (which I was just slightly stunned to discover still exist) was a bit too Eltingville Comic Book Science Fiction Fantasy Horror And Role Playing Club, and the Comics Journal message board (which changed and changed and died) was too Northwest Comix Collective, while CBR was just the right mix of dorkiness, politeness and obsession for all things comics.

I posted every day and spent time in a chat room (for the first and lat time.) I called myself Max Zero, because I really dug Elmore Leonard’s Maximum Bob, and because I like names with x’s and z’s in them. I got into it so much that it led to an unfortunate fan fiction phase, which we will never speak of again. (Although I always think I’ve got another Therapeutic Skin Jobs in me…)

And I wasn’t alone. If I’m one in a million, that still means there is hundreds of me on the net, and I became great friends with people I still haven’t met in real life. All those interests and perspectives that I had were hardly unique, and it was wonderful to find people who I could talk to about the latest Love and Rockets, or argue over the new Justice League line-up, or be inspired to check out Akira. 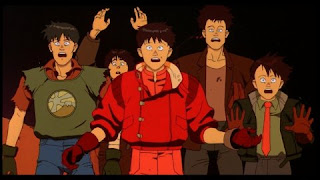 That kind of enthusiasm always fades, and I moved on from all that a while back. I last posted on CBR in 2006, and that was after a break of a couple of years. I still post on a semi-private message board used by those first CBR message boarders, and it’s comfortable, a nice place to discuss things like Before Watchmen without having to make some kind of public declaration on the issue.

But over the years, I became far more interested in blogs. I still love nothing more than a great link blog, but I mainly enjoy the essay-type blogs, where somebody takes the time to construct some kind of argument, or point of view.

Which leads me back, as always to the Tearoom of Despair. I’ve written more than half a million words for this blog over the past couple of years, and met some lovely new people through it, and I still feel weirdly privileged to write about the comics I love and share that adoration with the world, especially when the people who make them get to see my thoughts.

I never thought I’d get to talk – or write – about this stuff, or that anybody would even give a damn. 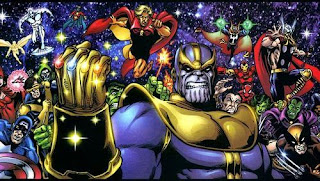 Ellis was right, and the act of reading a comic is a solitary experience. But that doesn’t mean we can’t babble on about it afterwards, and how it was moving, or irritating, or exciting. There is a connection between everybody who ever liked Spider-Man comics, let alone anybody - like me - who obsessed over something as relatively marginal as the Infinity Gauntlet.

Sometimes I still find it hard to talk about the things I love. Sometimes I really can’t find the words. But I’m getting better at trying to put all those stupid feelings that comics generate into words, and with the gently biting banter at the local shop. Because I get more chances to talk about these things, and more chances to get the attention of an audience who know what the hell I'm talking about. Because I've grown up, and gotten a lot better at small talk. And because I know I’m not alone any more.

Cool piece. You write really well. And I really like the relaxed mood (does that make sense?). Think that this is currently my favorite comics blog. So - erm - Thanks!

It is slightly strange how comics (still!) don't have the same kinda of - I dunno how to phrase this - "mainstream acceptance" - as films, music and books (the ones without pictures)... in my world all four all kind of exist at the same level - but compare striking up a conversation with a random someone about films to doing the same thing but about comics - and it's worlds apart....

Minor point of clarification. There was a site called Mania that reviewed comics in the mid-1990s. I was the one who reviewed many of the Marvel and some of the Image books. It was a division of American Entertainment, a mail order comics company. Mania folded in '96 or '97, I believe. There were broader embezzlement issues at American Entertainment, and everything got shut down very quickly.

No relation to Newsarama, but I think some of the reviewers did work for both sites.

Thanks for the very kind words, Mr Forum. I certainly feel a little less alone now.

And thanks for the clarification on the Mania/Newsarama thing, Sean. I was pretty sure I was misremembering the whole thing, and I'm not surprised I got them all mixed up, especially since Mania folded - blimey! - more than 15 years ago...