A week of moaning: Complaining about complaining

While I don’t like to complain too much - the Despair in this Tearoom is strictly ironic - I do sometimes enjoy a good moan as much as the next person. So this week, in the spirit of Christmas cheer, I’m going to pick at petty concerns and talk about all the stupid crap that really grinds my gears.

Fittingly – and because I’m all about the hypocritical contradictions - one of the things I really like to bitch about is people who complain too much. Excessive and petty complaining devalues genuine grievances, and people who demand things should always be their way irritate the piss out of me. 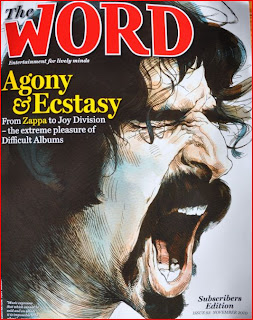 Consider The Word – a terrific British music/culture magazine that has some wicked free CDs on its covers, some fascinating articles, some sharp writing on sharp subjects, terrific reviews of esoteric music and film and television, and loads and loads of stuff I like to read about.

It’s also guaranteed to feature several letters to the editors from readers outraged that the magazine dared run a story on somebody whose music/film/books they don’t like, or appalled that the magazine had printed interviews with people they found ideologically dubious. (A recent interview with Tony Blair got a particular kicking.)

People who complain about a certain mix of stories in a magazine are missing the point of magazines entirely. In any magazine, there is always going to be something I’m not interested in, or even slightly turned off by, but I’ve never felt the urge to make a fuss about it. Not when I have the magical power of page-turning, and can quickly get on to reading about how Frank Zappa treated his secretary. 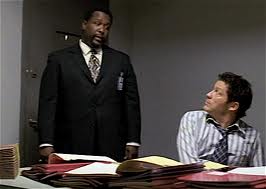 Or consider the Sepinwall – One of the very first things I do after watching a particularly satisfying television show is go to Alan Sepinwall’s website and see what he thought about it. I always enjoy Sepinwell’s evaluations, because he has excellent taste (which, amazingly, is very much in line with my own,) and even when he doesn’t enjoy something, he always explains why with eloquence and fairness.

Reading his takes on Boardwalk Empire or The Walking Dead are often more enjoyable than the shows themselves, and sometimes I even find his writing genuinely moving.

But I can never read the comments anymore, because it just gets too depressing too fast. Even if 90 per cent of the comments left by people are thoughtful analysis and appreciative discussion, there is always one wanker who rains on everybody’s parade.

Even if you’ve just watched a transcendent piece of television, and all of creation should agree, there will still be that wanker who sniffs at it, declares it to be dull or tedious without backing it up with anything, and then disappears like a fart in the wind.

It shouldn’t get to me, but it does. And after laughing my arse off at something like Curb Your Enthusiasm for half an hour, I really don’t need somebody telling me I’m a moron because it wasn’t as good as that season three episode.

Or consider the Catwoman – I may have some sympathy with this complaint, but the fuss it generated was far more than necessary. It was over the recent relaunch of this title, which ended with a remarkably tasteless sex scene, which was just a bit gross. 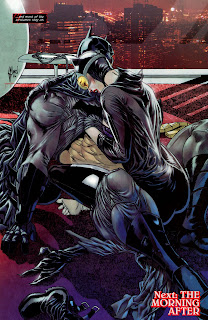 It’s still perfectly good and proper not to like stuff, but you don’t need to go on and on about it. The first issue of Catwoman is the unsexiest thing I’ve ever seen, so I did the only sensible thing and ignored it entirely. There are dozens and dozens of pointless, ugly and silly comics I don’t want to read, it’s not hard to add Catwoman to the list.

Besides, drawing attention to it just encourages this sort of thing.

It’s easier to moan, but only adolescents get mixed up on the difference between snark and clever, and we all have to grow up and realise that we can’t always get what we want. 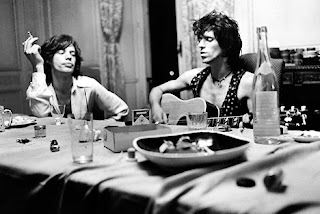 It might be a symptom of the Playlist Generation, so used to getting exactly what they want, in the order that they want, that they’re baffled when the World doesn’t always conform to their strict view of it. It must be hard for them, but it’s up to them to deal with it. The rest of us have lives to get on with..

I have to confess – I work for a newspaper website, an industry where complete strangers are telling me every single day that I’m doing a terrible job, because they think they know how the media works. They don’t, and while I have a thick skin, daily insults do get under that skin after a while.

So that’s my excuse for the next week of moaning. While I handle things like a typical passive-aggressive Kiwi, and take all my distaste and anger and stress and squeeze it all up inside until it bursts out at the most inappropriate moment, I got to let off steam sometime. I take it every day, and I have to give some back.

Next: A Dance With Disappointment
Posted by Bob Temuka at 6:00 PM