‘I’ll have that’: Five reprint wishes

Even though we are living in a real Golden Age of comic book reprints – where it’s possible to get almost anything in some kind of collected form – there are still books that I would get without hesitation, if they only existed in the first place.

Not many people might buy these five collections if they were actually published, but I would. 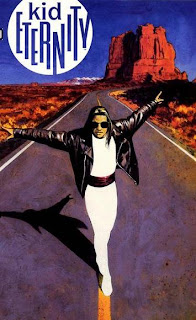 I’ve been on an Ann Nocenti kick in recent weeks – enjoying both her writing and editing work. I was delighted to see she was returning to monthly comics with Green Arrow and I’ll probably buy that for a while, based purely on goodwill stretching back to those remarkable issues of Daredevil she did.

One of the last things she wrote for comics before shifting her focus to journalism, Kid Eternity has Nocenti’s typical stream of consciousness joy, with Sean Phillips actually let off the leash for once. His art is still a little too stilted for the askew stories, but he shows an imaginative flair in design that he barely gets to use in more earthly concerns like Criminal. 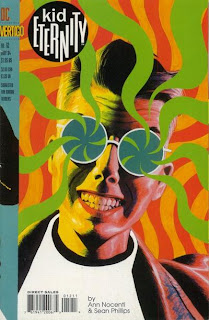 Kid Eternity was also one of the first Vertigo comics, helping to set a vague template for insane, road tripping sagas that the imprint has returned to, again and again. It was also a sequel to Grant Morrison’s aggressively obtuse mini-series, and while it shared that shorter series’ warped sense of humour, it also carved its own path into the American headspace, taking the road of beat poets and crazed psychoanalysts.

Entire runs of Vertigo comics like Sandman, Preacher, Fables, Lucifer, and The Inivisbles have all been collected and are easily available, but of the uncollected Vertigo comics (and there really are a lot of them), Kid Eternity is one I’d like to see the most. It didn’t last long into its second year, and one, good chunky reprint could take care of the lot. With Nocenti coming back to Green Arrow, and Phillips still doing wonderful things with Ed Brubaker, there may not be a better time to find an audience for this. 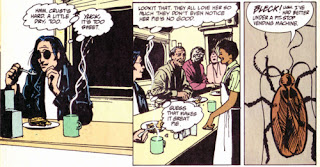 Somebody borrowed all my Kid Eternity comics more than ten years ago and never gave them back, and they’re not as plentiful in the $1 bins as they once were, so any kind of book featuring these odd little comics would find a home on my shelf. 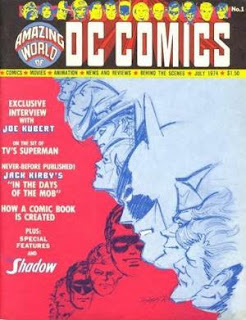 The Amazing World of DC Comics

I keep seeing the covers for these things in copies of Back Issue magazine, but I’ve never seen one in the real world. An in-house fanzine that offered unprecedented looks at the production and construction of DC comics in the 1970s, issues of The Amazing World of DC now look like brilliantly interesting slices of history.

At least, I hope they offer fascinating insights, but like I said, I’ve never even seen one. But friendly interviews with people like Joe Kubert and Carmine Infantino at the very height of their powers, and glimpses behind the office doors of DC Comics, and passionate (if biased) appreciations of DC’s past, are all guaranteed.

I mean, just look at these covers. 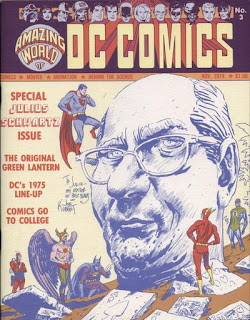 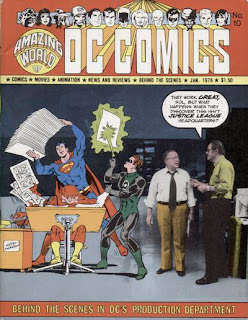 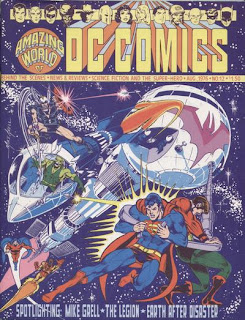 How could anybody with the slightest interest in DC comics not want to see what lurks beneath these covers?

While we’re at it, it would also be bloody wonderful if the FOOM magazines were collected too. Same thing, different company…. 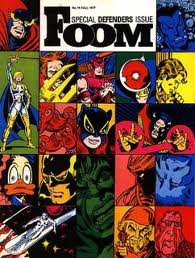 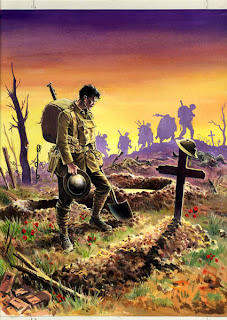 Charley’s War - the absolutely brilliant World War One comic by the great Pat Mills and the greater Joe Colquon – is already available in nice big hardcovers, but I would give anything to own it in chunky, pulpy volumes.

It’s a proper saga that never loses sight of its humanitarian roots, sprawling all over the War’s grim conflicts, taking in many of the key battles that carved out history, at the tragic cost of tens of thousands of lives. And while it is immensely satisfying in short, sharp doses, it also works incredibly well as one big, long and terrible tale.

The Great War was a gigantic and horrific meat grinder, as soldiers marched into machine gun fire. A larger collection would pile the horror up higher and higher and add to the intensity. Charley Bourne’s story is a long and terrible one, but it also says multitudes about things like honour, class treachery, survival and compassion.

It would also balance out the story a bit more. Each of the hardcover books covers a huge amount of ground, but one volume –which might only deal with one battle in that vast conflict - can be unrelentingly grim, and it can be a long, long wait until the next volume, which offers a little blue sky of peace in the thunderstorm of war. 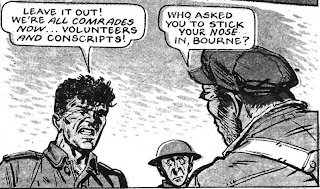 I’ve already got a lot of it when it a large amount was reprinted in the Judge Dredd Megazine, but it stretches well past that (and even past the official end of WW1, into the forgotten British incursion into Russia), and even though it really finishes when Mills stopped writing the title, there is merit in Charley’s curtailed World War Two adventure. (Scott Goodall is no Pat Mills, but who is?). That could all be collected in a few mammoth Omnibus-style books.

Besides, each of those hardcovers costs upwards of 70 bucks these days, and, as ever, that’s just too much to ask for that much comic. 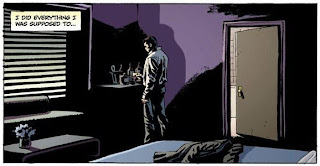 The essays from the back of Criminal

Oh c’mon, man. Criminal just reads a whole lot better in book form, and we all know it, but don’t deny us all those fascinating essays by guys like Brubaker, Aaron, Grant, Stradford and Nevins that bulk out each new monthly issue. I know they’re supposed to encourage people to go monthly, but I’m in a nice little habit of getting the books, I just want to read those essays. 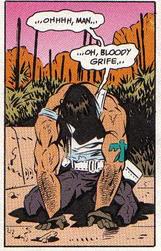 I had a dream about the Legion of Super-Heroes last night. In it, I was reading a comic about their adventures in the 41st century, and then I was in the comic, using my flight ring to help Ultra Legend and his ghost kids take down Brainiac 27 high above the ruined surface of Takron-Galtos.

It was over before it started, but it was fucking awesome while it lasted.

It wasn’t the first time this happened - I had an insane, shroom-related waking dream involving Luornu Durgo in the late nineties, and I once dreamt that Timber Wolf was on the roof of my house. (Sometimes I think he really was. Sometimes I think he still is.)

All of my long and sad obsession with the Legion of Super Heroes goes back to issue number twenty of volume four. I haven’t followed the Legion on a monthly basis since 1998, but I still rate the issues by Keith Giffen and the Bierbums as highly as any other period in the Legion’s convoluted history.

I was recently sorting out how much Legion of Super-Heroes I really needed (a lot of the Jeff Moy chunky Barbie books were the first to go,) so I’ve had the Legion on the brain recently, which explains that vivid dream. There is a distinct possibility that it’s also all Colin’s fault again. But once I get Legion on my mind, I always find myself gravitating back to those Giffen/Bierbaum issues, because they are always my favourites. 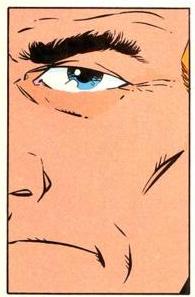 They’re clumsy and clunky stories, beaten up and left for dead in a dark alley by DC’s editorial direction, with good-natured character nurturing that occasionally went over the line into bizarre perversion (poor old Proty). Giffen’s cragtastic scowls and extreme close-ups melded with the Bierbaum’s naturalistic dialogue and stories that were both narrtively baffling and utterly confusing on a panel-to-panel level.

I’ve always thought this was a good thing, and have always been richly rewarded every time I’ve gone back to these comics, finding new references and in-jokes, making new emotional connections. For a long, long time, I just assumed everybody who ever read this version of the Legion enjoyed that same blunt complexity, but I have since realised that it’s really not for everyone.

While I used to be genuinely baffled by the lack of any collection of the Giffen/Bierbum, I now realise that the things I enjoyed most about Legion – its confusion and refusal to make it easy for the reader – were the things that put most people off it. Most people just don’t want to put that much time and effort into a superhero comic, especially a 20-year-old comic that has zero impact on the current DC universe. 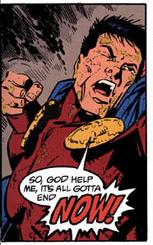 I’m sure that one day, somebody will reprint all these comics. If we’re really lucky, they might do a black and white Showcase, and make it all even more confusing. DC will probably sell about thirty books.

Glaringly obvious things lacking any reprints: Pretty much any Milligan & McCarthy you care to mention: Skin, Rogan Josh, Sooner or Later, Paradax... At least we're getting a new McCarthy strip in the Prog next year.