'I don't believe in ghosts': Six hot takes on the latest Love and Rockets 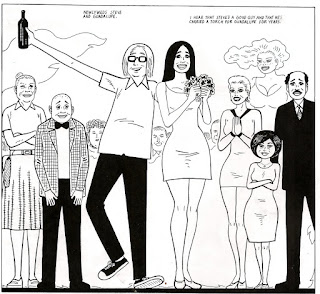 1. Gilbert is all about the love

Beto leans hard on the love side of the equation in the latest issue of the world's best comic. His vast and sprawling saga takes a break from all the usual craziness for celebration and reflection, and it's full of old friends and family and neighbors and everybody is having a good time.

Luba is getting married again, Venus and her lovely beta male Yoshio are there for the party, and Steve - fucking Steve! - has finally hooked up with the gorgeous Guadalupe. Even long-dead Gato gets to see how things are working out through ghostly eyes. After all the shit they've been through, they all deserve a little happiness. For a while.

There are still the usual family dramas, but they're all back in Palomar for a good time, and nothing is going to ruin that. There have been plenty of emotional rockets still to be fired, but this is time for love. 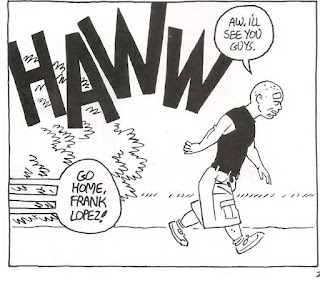 2. Jaime is all about the body language

Jaime Hernandez has long been a master of characterisation through body language, telling you everything you need to know about somebody from the way they slouch - you don't need Lumina to verbally explain her despair when she is thrown into space jail, it's all there in the slope of her shoulders.

The latest issue also has a short spotlight on the terrifically stumpy Frank Lopez and it's just a joy to watch him storm through a world that just doesn't get him.

Frank is part of the new generation of characters in the Locas saga, but is instantly as interesting as many characters who have been in the story for years, as he barrels around town head first, with his small legs in huge cargo shorts pumping furiously, or achingly making his way home after another stupid beat-down. Everybody is telling Frank Lopez to go home, but hopefully he will be staying around for a while.

3. We now return to a regular schedule

The return to a quarterly schedule is so good, and not just because the reader is guaranteed a slice of pure comics goodness every few months.

It means stories mysteries don't lurk and fester in the annual wait, and readers don't have to wait so long for any answers. Hopey doesn't know why Ray is calling her in the middle of the night, and who knows if Fritz and Petra will ever start talking to each other again, but there is only a few months to the next chapter in the story. It's a much easier wait. 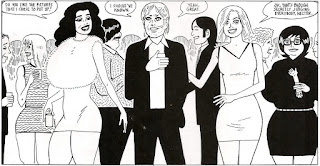 4. All is right in the world, because Casimira has still got her arm

No matter how strange things get, no matter how scattered Luba's huge family gets, no matter how many walls they build up between each other over the years, some things never change, and there is some comfort in that.

All these years later, and Casimira is still there with her broken fake arm, carrying it around as a symbol of her defiance at normative behaviour, and of her own fierce independence, one arm and all. Some things never change, and some of them never should.

The Hernandez Brothers have both been sci-fi geeks from the start - their real world tales get a lot of mileage out of small doses of magical realism, but they have also enjoyed letting their imagination fly off into space, to see what is out there.

Gibert's science fiction stories have their own vibe of freaky sexiness and insanely gross violence, and often are done-in-one short tales. But Jaime's stories of super-science and rocket ships have their own tone, that is still like nothing else being produced in modern comics. A tone that can be pumped full of excitement, seriously creepy, or just plain adorable.

Look at what is going on in the panels up above from the latest chapter in his Princes Animus story. Insanely cute aliens are pledging their affectionto each other, only to use that token to fight off some old bastard in a robot suit.

What is even going on up there? Other creators could get an entire saga in those two panels, but Jaime is already moving on. Space is too big to linger in one place for long. 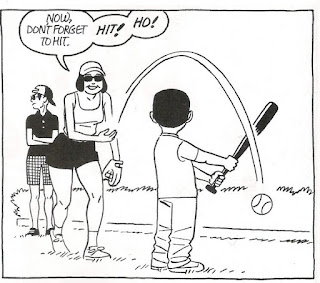 6. Everybody should get a chance to play baseball

Especially if they're not that good at it.