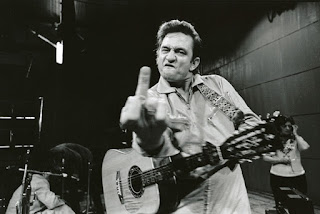 It’s been an awful, awful year. My dear Dad passed away in January, and things haven’t got much better since then. We had to have our cat put down in May, an old buddy of mine from Timaru died of a heart attack a couple of months later, an old workmate was killed in a crash while driving the work truck near Rangitata soon afterwards and a cousin who once gave the wife and I the best advice we ever had died suddenly recently. When it turned out that a man shot dead by police down south last month was my Mum’s cousin, it wasn’t a surprise after the year we’ve had.

Frankly, 2018 can fuck right off, and there have been some hopeful signs for a brighter year ahead, but I'm done with this one.

I’ve dealt with all this shit the same dorky way I always have, but burying myself in comics and novels and movies and TV shows, and writing about a tiny fraction of them here at the Tearoom, and they really did all help. I remain baffled that people get angry and annoyed by their entertainments, and think they’re doing it all wrong.

I haven’t learned fuck all else from this year of shit, mainly because I’m still processing a lot of it. Most of the time it just feels like this world is full of random awfulness.

But the advice from my late cousin Kerry rings as true as ever. Two weeks after I first hooked up with the lovely wife, she met my entire extended family at my Nan’s 90th birthday, and we were talking to a slightly drunk Kerry about our plans for the future, and saying how we were taking things cautiously, and he only had one thing to say:

We’ve used Kerry’s advice a hundred times over the past decade. Whenever we had to make a big decision about anything, we turned to this advice, and asked each other ‘what would cousin Kerry say?’.

Because life is too short, and if there is one thing I can take away from this hell year 2018, it’s that it’s always best to not waste time, because none of us know how much time we’ve got left.