Don't trust me, I voted for Howard the Duck 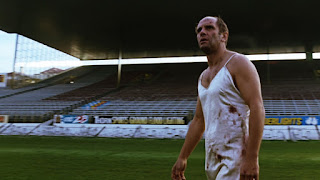 One of the slightly frustrating things about living in a relatively tiny nation like New Zealand is that you can't trust any reviews of the local product. We're all too close to the source, and all too willing to overlook obvious faults out of national loyalty and a drive to see Kiwis make a mark on the world stage.

It's either that, or we go too far the other way, and in a desperate attempt to avoid being blinded by the local light, we are harsher on the local product than is really fair. Either way, it's hard to get a purely objective view on anything made around here.

It is particularly noticeable in the tiny New Zealand film industry, which has been struggling along for decades now. It has produced the odd indisputable masterpiece, but has been cruising on a wave of generally unachievable dreams and a tiny amount of public goodwill for a long time.

So when a halfway decent film comes out, it is praised to the heavens and hyped up to a huge degree. An okay movie is a sudden masterpiece, even as it quickly fades away from our collective memory. 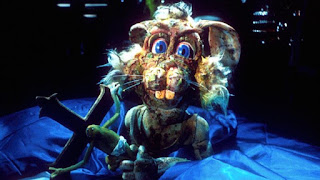 It's usually pretty harmless, and usually just means things like the fact that nobody really had the balls to say the Hobbit movies were a bit shit, (even if, in hindsight and away from the initial hype, they're obviously a bit shit).

And it's often fairly obvious that it's happening, like when the country's biggest newspaper named the last Thor movie as the best film of 2017 because they were clearly blinded by the glory of Māori director Taika Waititi's fashion sense. (And shit, you can't really blame them for that.)

It just means you have to take it all with a huge pinch of salt. If you recognise this homegrown parochialism, it's easy enough to take it into account when you're reading a review of the latest cinema release. It can just get a bit grating – and a little embarrassing - when it's so bloody obvious. 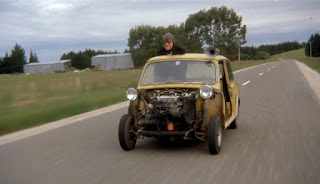 In the same way, I hope nobody trusts my opinions of the new superhero films, because there is no way I can give a clear view. I've been unable to avoid being revealed as the biggest dork in my office, and when workmates asked me what I think of the new Avengers film, I just had to tell them I've been obsessed with this shit since before I could read, so of course I love seeing Thanos let loose.

I never went through that phase of writing off all the big mainstream comic books as corporate bullshit – I still fucking love superheroes and always have. I grew up on them and never grew out of them and I see almost all of these adaptations at the cinema, because it might just be a cheap thrill to see Iron Man and Doctor Strange bash up against each other, but it's still a thrill.

I don't get any ongoing Marvel or DC superhero comics anymore, and lost track of the finer details of both universes a long time ago, but still there are still oceans of affection for all this crap sloshing around inside my skull.

I have all the credibility of a gushing review on a nerd site like CBR when it comes to these films – I can't get past all that affection to give a true account of things. I'm too close. Don't ask me, I'm always going to be a fucking nerd. 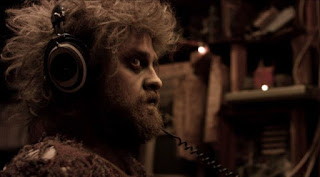 I also have a problem with the local films. I genuinely didn't know if Housebound was actually a good film when it came out in 2014, but I know I had a fucking great time seeing it at the local film festival, with the best possible crowd. The local reviewers – and I ended up being one of them - didn't help, I had to wait until it got a global release before getting the proper perspective on it all.

So the only conclusion I can make is that nobody should trust a damn thing I say. My mind has been warped by all the things I've shoveled in there over the years, and my opinion has been molded by a lifetime of this shit, and by the physical reality around me, and by everything in-between.

But hell, what's the point of an opinion if it hasn't been formed like this? I might be longing for something truly objective, but I also know that perspective is probably boring as hell. My opinion might be a shitty one, but at least it's all mine. 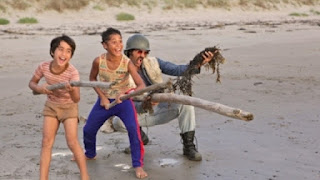