Vanishing into the digital mist 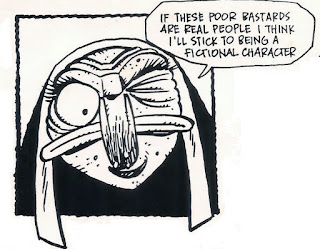 The internet has proven an invaluable medium for the mini-comic crowd in recent years, giving a voice to the voiceless and enabling an audience to find and enjoy comics from literally all around the world. It's all there, just one swipe or click away.

Over the past 20 years, there have been a huge amount of great comics that never came close to the printed page. It has created a richly diverse crowd – it's no wonder female creators have been drawn to it, and easily outnumber the boys these days - because it doesn't rely on personal connections or geographical location. Anybody can do it.

It's a beautifully pure punk idea – just get out there and do it - you can make comics on your phone and send them out into the world so easily. Unless you're one of the rare creators to get really big, there is fuck-all money in it, but for people who just want to share their stories, there is always a thrill in uploading them for the whole world to see. 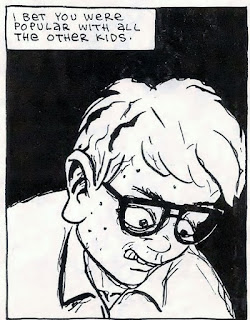 But as well established as it is, the digital medium is still struggling with some things, including some severe archival issues. Sites hosting comics that ran for years are suddenly switched off, and artists who have moved on from their earlier work are apparently happy to let those slightly embarrassing efforts fade away. Even a creator who is dedicated to keeping everything they ever did available can suffer hardware failures, and years of work can vanish inside a broken hard drive.

Even finding a comic from sometime as relatively recent as the early 2000s can be incredibly hard. The big, popular comics have always been there, but for many, many webcomics, a digital past never seems to last much longer than a decade before already disappearing. This was really hammered home to me recently when I was going through my pitiful collection of mini-comics, almost all produced here in New Zealand, and found all sorts of gems that would otherwise have been lost to memory.

These are comics that have never been reprinted and have barely ever been acknowledged. They date back to the 1980s, and feature some priceless early work by great Kiwi comic creator,s including Roger Langridge, Barry Linton Dylan Horrocks, Ant Sang and the late, great Marty Emond.

Even better, they include a bunch of artists I've never heard of. There are names of great artists who moved on with their lives and left almost nothing behind, except for these raggedy comics. Known or unknown, these comics are still hugely charming - all raw and unpolished and full of enthusiasms.

The comics are all getting a bit yellow around the edges, but they're still here. 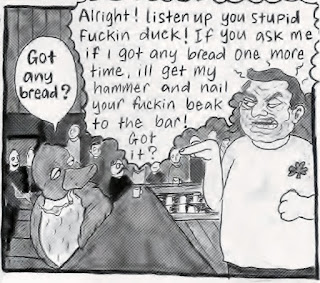 These comics don't fade away when a web hosting fee is allowed to lapse, they don't vanish into the digital ether. They're crammed away in a box in the cupboard, but they're always there and ready to breathe again when I haul them out.

I can't find the link to the hilarious shit I remembered seeing a couple of years ago, but I'll always have my copy of my mate Don's Buzzo The Fly mini comic, and it's still the best example of 1990s ironic cartoon nihilism I'll ever own.

These flimsy little pamphlets are more than worth their weight in gold. Designed to be cheap and throwaway, they can have a far longer life than comics that can be endlessly copied and replicated.They're still here. 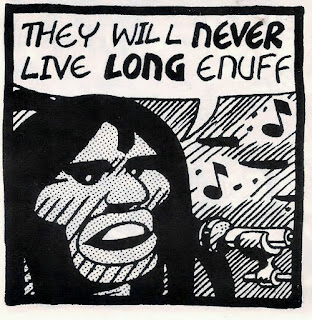