Jim Jarmusch could get me divorced


The lovely wife and I will be celebrating our tenth wedding anniversary later on this year, and it’s been great. It’s undoubtedly been the best 10 years of my life. I’d recommend it to anybody.

I attribute some of the success to the fact that while we’re a horribly smug couple, we still have our own interests in life. There are obviously loads and loads of shared passions, but we don’t agree on everything. She loves riding horses, and I think they are hell-beasts from a nether dimension. I spend a lot of my time thinking about comic books way too much, and she thinks that’s a colossal waste of time.

That’s fine. We can do our own thing, we don’t have to do everything together. And we can totally disagree about things. 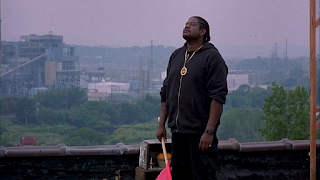 I mean, with a tiny handful of exceptions, we agree on all the big things in life, and are largely politically, morally and emotionally aligned, which certainly makes life a lot easier.

And we like watching the same shit, and watch a good 90 percent of the same films and TV together. I’ve certainly influenced her with my heavy geek aura – despite no real history of nerditry, she got well into Buffy the vampire Slayer early in the relationship, and she’s somehow the second biggest Venture Bros fan I know. She was never a horror fan, but now loves shit like the recent Evil Dead TV series.

We generally listen to the same music, and we generally both look forward to the same kind of movie – we’re both gagging to see High Rise on a big screen, (even if it’s for slightlyly different reasons). She likes romance novels, I like superhero crossovers. We can agree to disagree.

But sometimes we just disagree. And if we disagree on anything, it’s the Jarmusch. 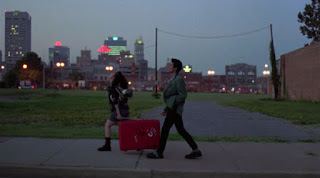 I’m definitely, righteously in the Jim Jarmusch camp. I stumbled across his films in the teenage wasteland years, and his cool, detached and hilarious films are still some of my favourites.

Mystery Train and Night on Earth were the first two films of his I saw, and they were so brutally sparse, and totally unpredictable, and so deadpan. There is still room for the aching melancholy of a 3am monologue, but the ghost Elvis could also pop up, and he could just have nothing to say and just stand around awkwardly.

I followed his films back to the unflinching reality and bizarre characters of Down By Law and Stranger Than Paradise. Dead Man and Ghost Dog are personal favourites, throwing some grotesque violence in with the poetry of the wild, and the structure of a warrior’s vow. And there is quiet greatness and devastating truths in both Broken Flowers and Limits of Control.

And through all his films, there is a slow, languid coolness that is cinematically addictive. His movies are always so smooth, with atmospheric soundtracks and a gentle pace, even in the middle of a gunfight. I love all his films. 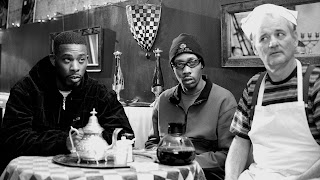 The wife does not like Jim Jarmusch’s films. At all.

She thinks they are ponderous in the worst way, and the most pretentious pieces of shit she has ever seen. I’ve tried to pull her around and have shown her most of his films, and sometimes, if I’m lucky, I can get her to admit that one or two of the Coffee And Cigarettes films are actually quite good, (and come on, the Iggy Pop/Tom Waits, Alfred Molina/Steve Coogan, Cate Blanchett/Cate Blanchett and Bill Murray/Wu-Tang Clan ones are fucking gold).

But I’ve almost given up on trying to convince her that he is the brilliant film-maker he obviously is. She sees them as hollow nothings, high on their own coolness. Not enough story, not enough laughs, not enough anything. 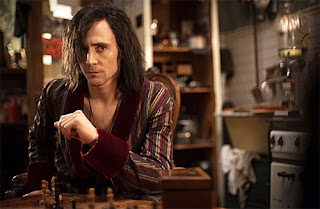 I did win a small skirmish in the ongoing Jarmusch War in our household recently, with both of us loving Only Lovers Left Alive, a typically languid effort featuring vapid vampires in the 21st century. Even though the film was, at times, none more Jarmusch – the sight of silent figures cruising through a dead American city was powerfully reminiscent of Mystery Train – the lovely wife had to admit that this one wasn’t that bad.

I should point out that while she might really hate Jarmusch films, she likes the sight of a half-naked Tom Hiddleston a whole lot more, which may have had something to do with it. It’s certainly a major attraction of High Rise for her, (although she is a huge fan of Ben Wheatley’s films), and the Night manger’s dedication to getting Hiddleston’s shirt off every episode made it must-see appointment viewing in our house, even if it was a strictly average slice of le Carré. 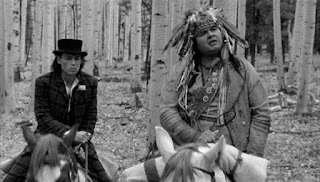 So I might have won that battle, but I’m definitely losing the war. And it’s almost as if Jarmusch realised how much she liked it, so is doing something that is guaranteed to put the universe back in its right place.

I sent her a message this morning, telling her about his next Jarmusch film, and how it’s about a bus driver in New Jersey, who is played by Adam Driver. The lead character is a poet and the film has a kooky and charmingly diverse cast. I told her I couldn’t wait to see it. This was her reply:

“I hate everything you just said.“ 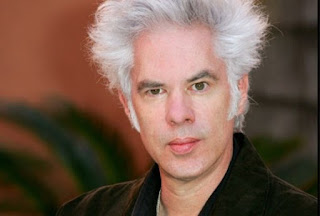 Ten years of marriage, and we haven’t had a real drag-down argument in years, probably because while it took me an unfeasibly long time to work out that I should always say sorry first, that’s a lesson I won’t ever forget.

There will always be something to disagree about, and sometimes it’s big, important issues like the death penalty – I think we have to be better than that as a society if we’re ever going to progress as a civilisation, while she thinks the fuckers should hang – and sometimes it’s silly little things like the movies we like to watch.

That’s fine. Sometimes I still pretend I’m a character in a Jim Jarmusch film, walking in slow motion on huge empty streets. And when we’re walking together, she can’t stop me from pretending that she is one too.
Posted by Bob Temuka at 11:23 AM

His new movie just premiered to a lot of great reviews at Cannes.

Congratulations on celebrating ten years of marriage! That is a big accomplishment that not many people can say they have done. It is great that you two are able to agree on the big things in life (i.e. politics, morals, and emotions). It is also okay to disagree on little things! That is what makes you both your own person.