Ever since she strode into the Judge Dredd saga right in the middle of the first Judge Death story, Judge Cassandra Anderson has been one of 2000ad's coolest characters.

She still has the stern and rigid backbone of a judge, ready to dispense justice in an instant, but she's also kinder, more empathetic, and more groovy. She's gone on cosmic flights of transcendence, fought injustice within the incorruptible halls of her own Justice Department, and is so charming that she even gained the unique respect of Orlok the super-assassin.

She's aged with the comic, and is now a character somewhere in her fifties, but Judge Anderson is still a regular presence in the galaxy's greatest comic, standing up against the Dark Judges yet again in their recent return. And with more humanity that the rest of the comic's stars put together, she's always welcome. 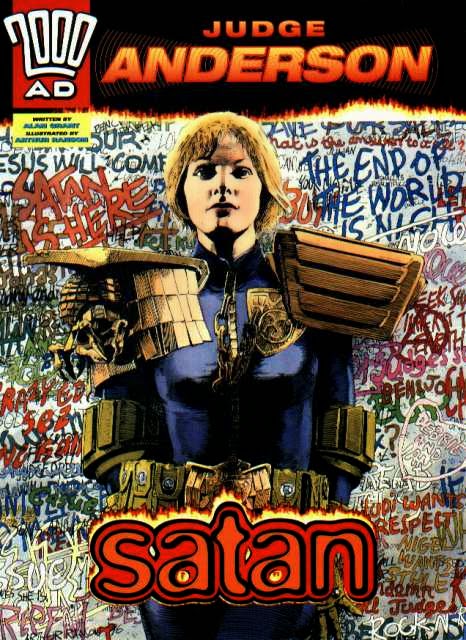 Her longevity owes a lot to some of the fantastic artistic talents that have breathed life into the character. Brian Bolland gave her that cocky swagger in her debut, and the late, great Brett Ewins gave her even more of a punky spikiness in her first solo stories. And artists like David Roach, Mick Austin and Barry Kitson gave her further form and grace.

But there really is only one definitive Judge Anderson artist, and that's the phenomenal Arthur Ranson. 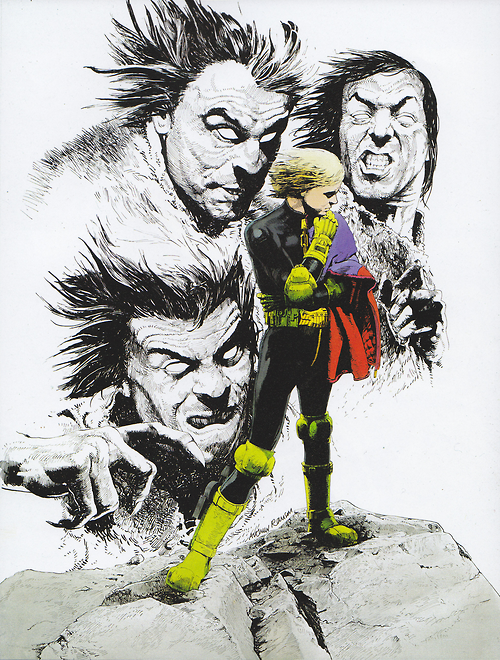 Ranson only started working on Judge Anderson strips in his fifties, after a long and successful career in comics, including some stunning work on a Sapphire and Steel spin-off comic. But he ended up producing more than a dozen Judge Anderson stories over the next 15 years, and captured the character like no other. 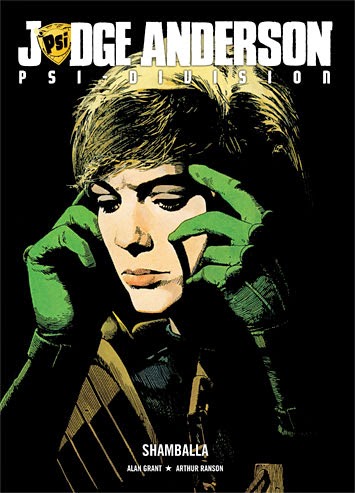 His art could get fairly static, which made him unduly unsuited for American action comics - he only ever did a couple of Batman and X-related  issues of things. It even made him a lesser Judge Dredd artist, because he never quite got the authority down.

But he did a brilliant Cassandra Anderson. He got the morality and meaning of the character, with a helping of strong body language. You could feel the character's emotional pain which she confronted something truly horrible, and you could feel her joy when she overcame it, and you feel the weight of the price. 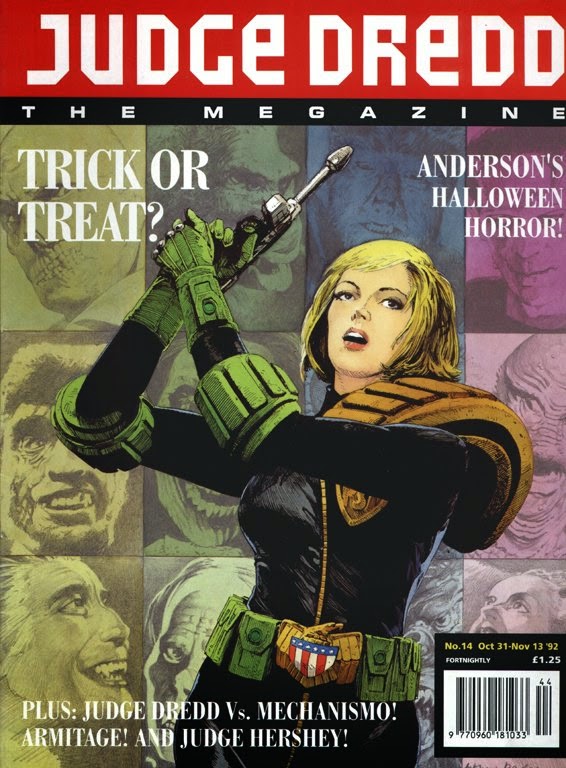 Initially, his Anderson was just a bit average, with the black and white 'Triad' story never quite catching fire. But his art sparkled in colour when the strip got going - Ranson's thin line and vivid shading benefiting enormously from an injection of colour.

Ranson also had an incredibly strong eye for styalised design, and while his figures could still be posed awkwardly, it was all against a backdrop of strange and glorious patterns, and detailed worlds where every drop of blood spilled in violence was visible. 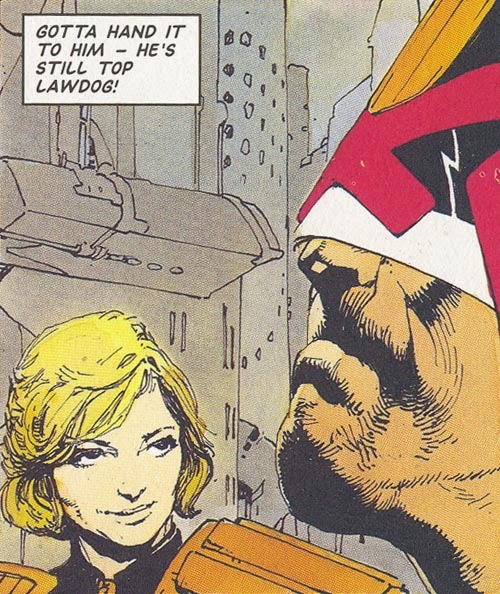 Ranson's other work for 2000ad was also strong – his Button Man comics with John Wagner was exciting and moody, and he even wrung some emotion and beauty out of the daft Mazeworld comic with Alan Grant.

But it was his Anderson comics that shone most brightly, because he got the character right, in a way nobody else ever really managed. 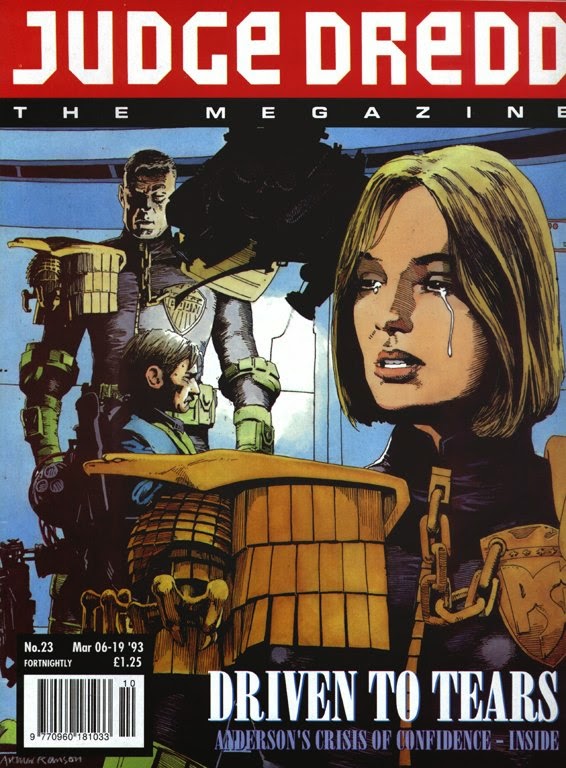 Ranson's Cassandra grew as a person during his years on the character, and she just became more attractive with age, with that definite swagger punctuated by a more thoughtful and sensitive Judge Anderson.

Her hairstyle changed regularly, but she was always recognisable as the same person and Ranson's ultra-realistic eye captured her growth and maturity with grace and beauty. 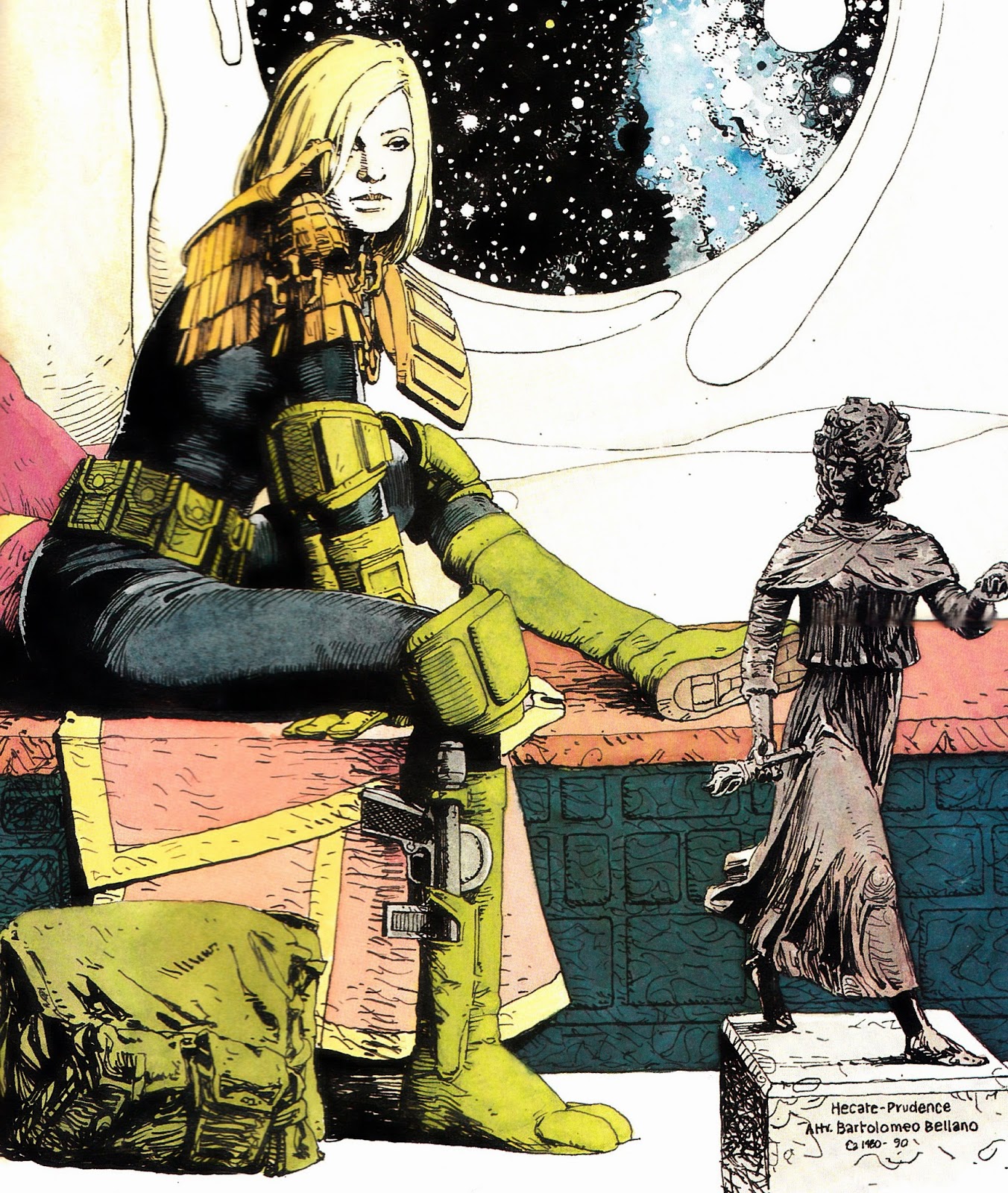 Arthur Ranson had to retire as a regular artist several years ago - age catches up to us all, even our fictional creations. There are still new Anderson stories, and artists like Boo Cook and Dave Taylor have produced some strong art, but they have a long way to go to capture the character as well as Ranson managed.
Posted by Bob Temuka at 3:01 PM