At some point in your life, your very best mates are more important than your family - they are your family for a while - but then you grow up and you don't have to see them every day, or even every week. If you're mates with somebody for long enough, you can go months, and sometimes years, without seeing each other, and when you catch up again, it's like no time has passed.

You've been through so much together, and have such a shared history, that there is an unbreakable bond. You might even fall out over stupid shit over the years, but it never really lasts.

With decades of some of the smartest, funniest and genuinely moving comics ever created, Love and Rockets has been a very good friend over the years, and while it’s been too long since the last visit, it's still absolutely brilliant to catch up with it again, and find out what is going on. 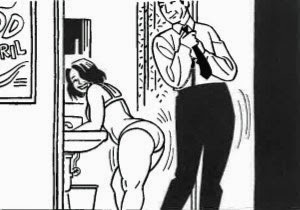 Beto's work is a more regular chum, who is always stopping for a catch-up over beer or coffee. His ridiculously prolific work-rate means he has produced almost half a dozen new comic stories since the last issue of Love and Rockets: New Stories, while maintaining an equally ridiculous high level of quality – books like Bumperhead and Loverboys are as good as anything he’s ever done.

His Love and Rockets comics always have some fantastically improvised crazy sci-fi action comics, including fast-paced and manic adaptions of the movies his more serious characters appear in, but he's also adding new levels to his generational saga of Luba's family with practiced ease.

All these years of comics, and there are still secrets from the past to be revealed, and another new generation of the strange and powerful women in that family. Beto lays in another layer of depth to a saga that is already richly deep. 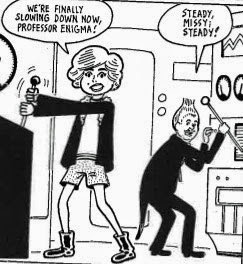 Deep, and still bloody funny, with absolute slapstick and playful jokes about parentage still infusing his comics. There is always a chuckle in Beto’s work, no matter how dark it gets.

And Beto’s art is as strong as ever, although – and this might seem sacrilegious – I do wish a lot more of his comics got the full colour treatment. His heavy line is ideal for filling in with bright primary colours that pop and sing – and his pinks and blues and yellows on the back cover only reinforce this wish. 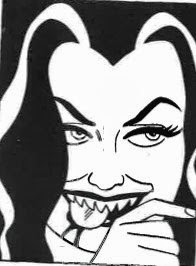 And then there are Jaime’s comics, which are as beautiful as ever, and I wouldn’t change a goddamn thing about them. They’re just right in black and white.

His art is just as refined and confident as it has ever been, with bold strokes of humanity sprawled across his pages. He still captures restless youth like no other comic artist can, with wide googly eyes and naïve grins, and etches the decades into the faces of his older characters with the barest line.

His facial reactions are still the best, and the sort of things you see on real, actual people every day, so it’s notable how many of the dramatic moments in the new Love and Rockets are curiously faceless. From the cover onwards, character’s faces are hidden during moments of revelation and drama, giving them both quiet dignity and strange potential - the key moment in the book, where somebody reaches out for someone else, only to pull back, features no faces at all, but still lands a dramatic punch.

It takes creative guts to play away from one of your greatest strengths, but that's why Jaime is a trule great artist - he's never taking the easy road. 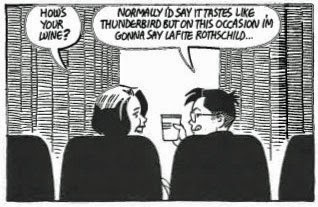 Jamie’s work is rarer than his big brother’s, and that just makes it all the tastier. It’s too long between new stories these days, but it’s always been too long, even when they were coming out every couple of months.

The ways his people - particularly Maggie and Hopey and Ray - have grown and changed is only accentuated by this rarity, and it can be jarring to see them so changed, even if they are still intimately familiar. The promise of rampant nostalgia in the new comic also helps, with promises of Daffy and Mike Tran (Mike Tran!) appearing, only to be cut off short and left for the next edition. Nostalgia can be fun, but it can wait.

Although there is still the hilarious moment where Henry shows up, for the first time since 1987, and man… 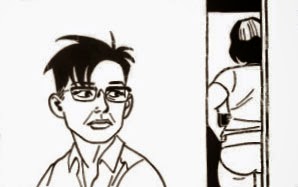 Hopey and Maggie aren't looking rough – they look fantastic, growing into wise older women with the same old problems, still walking the hot streets of Hoppers, still quoting their own dialogue from years ago.

It’s almost comforting, and still mega-sad, to see that they still suffer from the same old anxieties, and have just piled up new ones on top of it, while learning to live with them all. Ray is still wondering how he’s ever gonna compare to Hopey in Maggie’s affection, but he’s still strong enough to let them go have an adventure together. They’re watching the same movie in two different places, but he know she’s still coming home at the end of it. 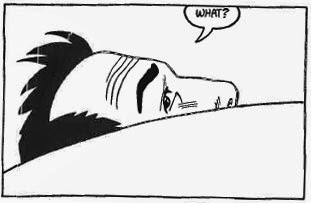 There is other fun to be had – Angel is still horribly bummed out, and the next generation of Jaime’s characters are still deftly sketched out, with Tonta hanging out with cute youngsters having cute comic-making parties, and making her friends life more exciting. (And hilarious - the pool race sequence is the funniest part of the latest book.)

And there is still that weird cross-pollination between the two brothers – they used to insert each other’s characters into the background of each other’s stories, now they merge ideas on a more fundamental level, with Jaime pulling Beto’s recent trick of using a fictional movie within the narrative to let loose on some crazy storyline.

Jaime’s effort – a terrifically violent science fiction story called Princess Animus – is a blast of fresh air through Jaime’s comics, and has Beto’s same infectious sense of fun. It might be a little frustrating that things get side-tracked so far from the emotionality devastating Locas stuff, but the side-tracks are where you often find the really interesting stuff.

Beto's latest round of Love and Rockets stories open up to new possibilities in the closing pages, with all sorts of secrets and lies being exposed. And Jaime's stories end with promises of more uncomfortable and spiky reunions – he is sticking with the one-story-spread-over-two-years format, means the full impact of all this middle-aged nostalgic musing – for good or ill – is still to be felt.

It might be another year, or longer, before those threads are picked up again, but there is still utter joy in a new issue of Love and Rockets, however long it takes.

Each new comic has so much craft, and energy, and humanity. Every visit is welcome.