Back in the days when things like Watchmen and Maus and Love & Rockets were first blowing readers' minds, I genuinely thought GI Joe was the greatest comic book in the world.

In my defense, I was only 13-years-old, and only a 13-year-old boy would ever declare that GI Joe is the best comic in the world, so I can't really be that ashamed of my youthful obsession with all things Joe.

It was a toy tie-in that tried to suggest that military-industrial complexes didn't have to be all bad, and I quickly grew past that stage and was embarrassed by how much I liked it, but for a while there, I thought it was absolutely wonderful. 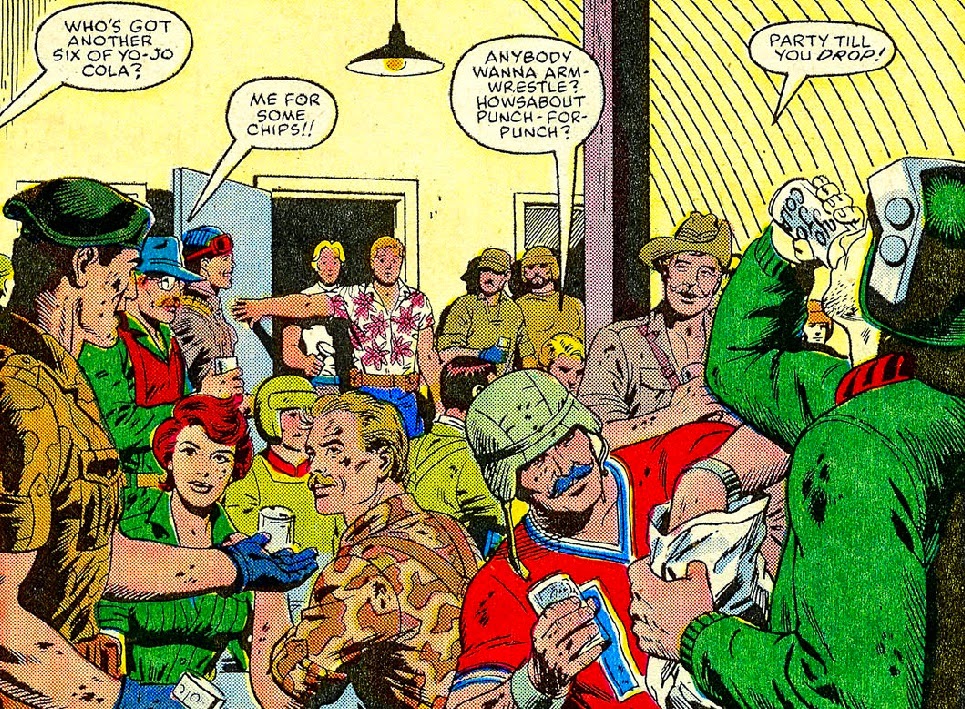 The GI Joe toys in the mid-to-late eighties were total game changers. So much articulation, so much detail, so many cool designs. I still think the Cobra Commander Battle Armour figure is the greatest action figure I ever owned.

I was 12 when I got hooked on the toys, in one last flare of childhood obsession, and I bought a few dozen of the little things. (I couldn’t afford the vehicle toys, but my mates could, so I just played with theirs.) Most of them are gone now, lost, given away or smashed to pieces and melted to hell when we stuck firecrackers up their arses, but I still have a few hardy survivors, including that Battle Armoured Commander. Even if he now has the leg from a gleefully destroyed Zandar.

One of the best things about these terrific toys was that they were infinitely adaptable, and you could use these strange armoured figures to tell your own stories when you played with them. The Tech-Viper could just be a Tech-Viper, but he could also be a superhero in alien armour or a weary soldier in some far-flung future war.

I didn’t really give a damn about the actual GI Joe mythology. I just liked the toys, so it took a while before I got in deep with the comics. 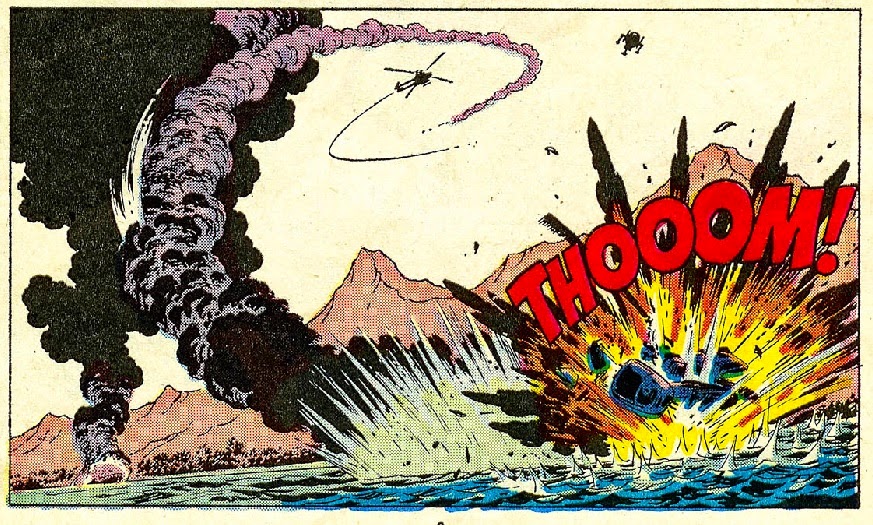 I'd actually read the first issue of Marvel's GI Joe comic. My wonderful Mum bought it for me when I was home sick from school one day. But I was only seven and I didn’t think GI Joe was anything special. The costumes were dull, and I was even weirdly put off by the way the slick paper they used for the first issue clashed with Herb Trimpe’s stiff posing. I didn’t ask for any more.

But a few years later, and I was primed for a Real American Hero after buying the new toys for a year. Issue number 64 suddenly showed up unexpectedly at my local bookshop, and even though I still associated GI Joe with that day I was home sick for school, I got it on a whim. And brother, it was brilliant.

It was just a simple catch-up issue between the big storylines, but there were high speed aerial dogfights, strange political intrigue, a weird little mystery at the GI Joe base (seen through the eyes of some new and colourful recruits), a blind ninja master teaching some goons a lesson with a ball-peen hammer and a grenade, and it all ends with a big party scene involving arm-wrestling and Yo Joe Cola.

This was the greatest thing I'd ever read. 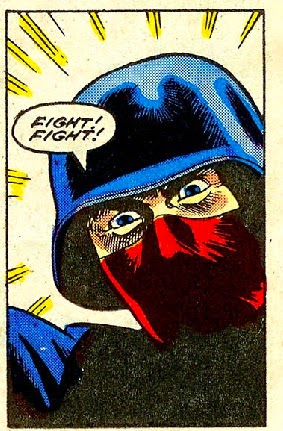 Writer Larry Hama and his fine artists told stories of political machinations that happened to involve people wearing eagle and crocodile costumes. There was a lack of a long-term status quo that was refreshing in mainstream comics at that time – anything could happen. Cobra Commander could be unmasked as a goddamn beatnik and casually murdered, GI Joe’s operations were ever-expanding and the ultimate leadership of Cobra Island could change with a single arrow.

The ninja characters’ zen philosophising was a refreshing contrast with the exploding action, there was loads of snappy, hyper-stylized dialogue and there was something off-putting and creepy about the way that Cobra existed behind picket fences and two-car garages in dull suburban America.

There was also a constant blitzkrieg of strange new characters, and a toybox full of other older characters that could be used. The huge cast also mean that Hama could be pretty brutal with his creations, and sometimes he was quite blatant about it - at one point locking up all the dorkiest characters in a land-locked ship and letting them all starve to death. 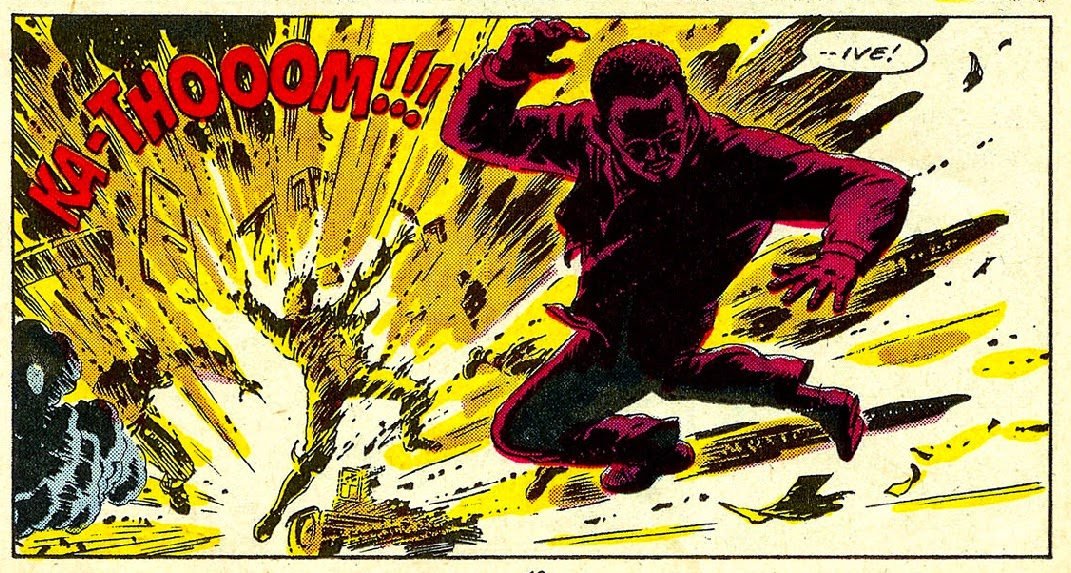 I was absolutely smitten. The first time I ever really searched for comics in a different city, I was searching for GI Joe, and it was a copy of #67 that caught my eye in the very first comic shop I ever walked into.

I got a little desperate in searching for back issues, and had painful dreams about that place in Dunedin where I’d seen loads of back issues going dirt cheap, about two months before I got into them. (They were, of course, all gone when I finally got back there.)

I thought it was the greatest comic ever. For a while.

And then I was over it. I read it passionately for about a year, but then I was a proper teenager, and I'd (mostly) stopped playing with toys, and I was a nerdy little self-righteous dork who wasn't into fascist paramilitary groups solving the worlds problems.

I ditched all of the GI Joe comics I owned – even that eye-opening #64 - without regret, and moved on to other obsessions. My tour of duty with the Joes was over.

There have been plenty more GI Joe comics since my time in the trenches, but I never had inclination to seek them out. Any real interest I had in that world is long gone.

Still, I recently had the chance to read those things I was so obsessed with again for the first time in more than 20 years, and it was one of those weird things where I don't remember a single thing about these comics, until I actually see the pages again, and I recognise every single panel. It's always been sitting there, locked away inside my head.

And I'm not so embarrassed by how much I enjoyed these silly comics anymore, not after reading them again for the first time in ages, because I can still see the things that hooked me, all those years ago – the flashy artwork, convoluted plots and characters, and all those wonderful toys.
Posted by Bob Temuka at 10:41 PM