Holy shit, I am such a fucking dork about comics sometimes.

I know this, because half of The List – which tells me what comic books I need to be able to square away portions of my collection - vanished a couple of months ago, and I've been totally lost ever since.

It was easy enough to misplace. A couple of decades of evolution have seen The List reduced to two business card-sized pieces of cardboard, filed with vital numbers and weird shorthand notes in ballpoint pen. I lost one of those cards around the time of the most recent Armageddon convention here in Auckland, and it's probably gone forever, although I have vague hopes that it will one day fall out of one of the Major Bummer comics I bought at the show.

That was only a few months ago, but there have already been at least three occasions since then when I desperately needed that list, and I've already accidentally bought half a dozen comics I already owned without it.

I have to make a new one soon. It's going to take hours and hours. And it's fairly embarrassing how much I'm looking forward to it. 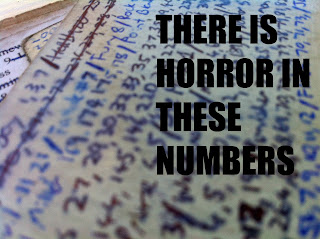 There comes a tipping point when you go from a regular comic reader to a total goddamn obsessive, and in my case, it might be the day I decided I needed a list to keep track of what I was after.

Dodgy distribution in this part of the world, combined with my own slowness to catch on with the good shit, means a large proportion of the comics I own have been bought out of back issue bins, and totally out of order.

It didn't feel like some massive geek threshold when I drew up the first one, it was just an obvious necessity. 2000ad was the first thing on the first list I ever made in the late eighties, when I was snapping up vast numbers of ratty old back issues at school fairs and second hand shops, and I needed to keep track of what I still needed to look for. I also remember that Alan Moore's Swamp Thing was the first addition, in a 10-year search to track down all those back issues.

That first list was on ratty old school notebook paper, but I soon discovered that they fell to pieces too quickly, especially when I was constantly getting it out, and I eventually evolved to cardboard and even then it was some trial and error until I discovered cut-up white backing boards were the best and holy fucking shit I am SUCH a fucking nerd.

I know I could do all this shit with a spreadsheet or database or something like that, but that's just a step too far, even for me. And besides, ink on paper is still the greatest technology ever for ease of use.

I also know I could've just got everything with some savvy internet shopping, and I have resorted to that in extreme cases, but shit, where's the fun in that?

The List has got smaller, as I've filled out particular runs and completed minor sub-collections, like a run of Hitman, of those Swamp Things, or dozens of other little series. (There are now less than a hundred issues of 2000ad to look out for, and that's taken more than 30 years.) But it's still a vital part of my comic collecting, because I really don't know if I've got that issue of Cerebus or not.

Cerebus might be the best example of a List comic – I've only ever bought three issues of Dave Sim's series brand new, I've just been getting the series in large chunks out of $1 and $2 bins. And while most of them stick in the brain as something I've got, sometimes the covers all run together, and I need to list out exactly what I need.

It's a long-term project started 18 years ago, and it'll probably take another 18 years to track down the last 100 issues I'm after, at least it's something to always look out for.

The Cerebus covers are usually pretty bloody good, and many of them do stand out, but sometimes designs and motifs were repeated. And while this can result in some rewarding artistic flow between issues, it becomes a pain in the arse telling them apart, and I'm back to The List again.

It doesn't help when you get modern covers that are utterly non-distinctive, more concerned with the same old posing shit than anything actually stands out from the rest. And the absurd number of variant covers mean I really can't judge a book by its cover, because it might be totally unrecognisable on the front, with painfully familiar interiors.

And then there are a lot of covers reprinted elsewhere, so I see them on a missing 2000ad and pass them by, because it was used as a cover on Best Of 2000ad Monthly. Or comics have been lost entirely and I can never remember which one, (some ended up in the ocean once due to a misguided attempt to prove that material possessions don't matter, and I've spent years trying to reclaim them).

I'm old and forgetful and there is just so much shit out there, and I can't keep track of my comics without The List. 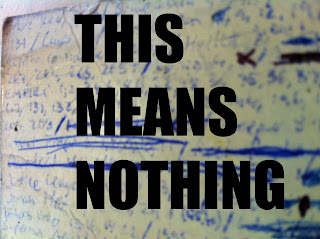 I usually feel weirdly embarrassed when I have to whip The List out, because there is no way to do it without looking like a total fucking dork, but I do it anyway, otherwise I end up with three copies of the same issue of Pete Milligan's Human Target number eleventy.

I'm going back through those Major Bummer comics I got at Armageddon tonight, and if the list doesn't fall out of it, I'm going to have to create a new one.

It's going to take hours to create a new List, but I'd be lying if I didn't admit there was some part of me that really enjoys the process. Some part that really digs going through all the comic boxes again, and finding those niggling, itchy gaps between issues, and marking them down for something to look for.

And that's when I know I am the biggest fucking nerd in the world, getting my kicks from list making and number tallying. There is nothing dorkier.
Posted by Bob Temuka at 6:52 PM

http://www.comicbookdb.com - But that would be too easy I guess ;)