Christmas is a time for spending with your loved ones, for reflection on the most important events of the year gone by, and for volunteering for the Xmas Day afternoon shift at work so you can avoid your weird in-laws.

It’s also a time for gift-giving, and getting, and there is always going to be a greedy little part of me that looks forward to that part the most.  And my favourite presents are always comic related.

Even though I was one of those annoying kids who works out Santa isn’t real by the time I was four, (“But there’s NO WAY he can get around the world in one night!”), I still pretended I thought he was real for years, for the extra presents, and there would often be some hardback UK annual or random comic pack amongst the Christmas and birthday haul.

As I got older, people stopped buying me such childish things for presents and I started getting annoyingly useful things like gift certificates and comfortable shoes and sensible shirts. And that was a total bummer, until I met the lovely wife and she started giving me the dorkiest things on the planet, and my affections for her go through the bloody roof when she whips out a shiny new comic book for a present. 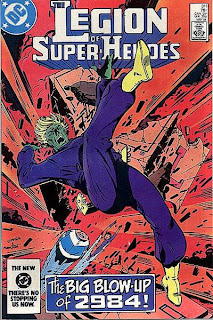 I love getting books for Christmas, because there is always a part of the day when they are perfect. It’s sometime after lunch, when everybody is full and lethargic, when all the conversation dries up and everybody just wants to sit around digest.

That’s the best time of the year to dig into a brand new book, or any kind of comic at all. I still remember the one time in the mid-eighties when my Aunty Val and Uncle Soul gave me half a dozen comic packs with three arbitrary issues in each, filled with random Legion of Super Heroes and X-Men and Planet Terry comics, and it was pissing down with rain outside, so we were all trapped inside, and I was cool with that, because I had my new comics, and was busy in the corner, poring over this strange, shiny comics and sparking long obsessions with those titles. (Well, maybe not the Planet Terry so much.)

Growing up, my long-suffering family realized I would always be a grumpy little shit if I didn’t get some kind of book for Christmas, so there would usually be something along those lines, and even if it was a comic I didn’t care about, I always, always appreciated the effort, (and would usually make a valiant effort to get into it).

As well as that, there was almost always a Footrot Flats book floating around, and I also became hooked on the annual Giles books that my Nana would receive every year – I never understood the politics, but the old battleaxe granny and those midget children with no necks were universally hilarious, and I associate these comics with Christmas as much as rich food, good company and blatant alcoholism. 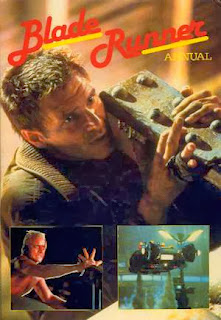 I can also look at some of these presents and feel a real emotional attachment to them. Comics like the Blade Runner book my Nana Smith got me some time in the early eighties. I was just too young to see the film, and I was crazy about seeing this new movie with Han Solo in it, and I wasn’t allowed to go, and it was just about the first time I ever encountered the concept of INJUSTICE, but then my Nana gave me this thing, and all was right with the world.

It was a cheap reprint of the Marvel Comics Super Special #22, with the whole movie collected together in one sharp 45-page adaptation, with a lean script from Archie Goodwin and the usual fine art from Al Williamson. I didn’t get to see the film itself of years, but I knew every beat of it from that adaptation, especially with Williamson capturing the dark mood of the individual scenes.

Nana Smith passed away in 2000, and thanks to gifts like this (and a stint where she worked at the best second-hand bookshop in Timaru), she was the reason I still love comics more than any other medium. I’ve still got that Blade Runner book, and while the hardback cover is starting to come away from the slick interior, it’s still one of my absolute favourite books ever. 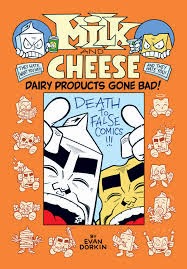 New Christmas comics predictably dried up when I left home and went out into the world, but there has been a resurgence in yuletide geek pleasures in recent years, thanks to the extraordinarily lovely wife.

Each year, she asks me what sort of book I’d like for Christmas, and I give her a short list of options, and she comes back with something spectacular.

The very first Christmas comic she ever gave me was the complete Bone collection, and I was genuinely touched by the effort, because I’d only mentioned how I’d like to read it once in passing, and she went out of her way to track it down.

Nobody had ever gone to such effort to get me a comic book I was after, and she’s done the same for every Christmas we’ve shared together since. Another year she got me the complete Milk and Cheese hardback from Evan Dorkin, which I didn’t even know had come out, and that was a true highlight, because any wife that will get her husband a Milk and Cheese comic for Christmas is a very special wife indeed. 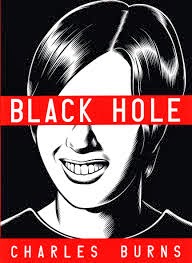 And while she does still get me desperately needed dull things like socks, she also got me Charles Burns’ fucking excellent Black Hole collection for this year’s Christmas. There has been a dire absence of Charles Burn’s masterpiece on my bookshelves, and it’s been something I’ve been meaning to get for years.

I’ve read the local library’s copy of Black Hole more than half a dozen times, but it’s such a fantastic comic that I’ve always wanted a copy of my own, and now I finally have.

It might seem a little weird reading Black Hole at this time of year – it’s a deeply unsettling,  moody and disturbing story of teenage angst manifesting itself as mutant growths which gets inside the reader’s head and twists and turns like a black snake – but it’s also a deeply fulfilling and meaty comic that takes time, energy and effort to read.

In other words, it’s a perfect Christmas comic. Just like all the rest. 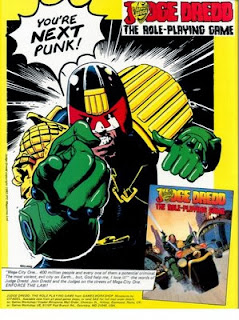 The best birthday present I ever got was the Judge Dredd roleplaying game, but we’ll get to that in a couple of weeks.
Posted by Bob Temuka at 5:01 PM