Now that one got sequelitis


While it had no chance of matching the hidden depth, long-running complexity and balls-out craziness of the original comic, last year’s Dredd movie was a fine film in its own right.

It could never match the ongoing comic strip, because it’s not a 35-year-long story like the comic is. But it still managed to strike the right tone of dead serious absurdity, with some brutally efficient storytelling and crazy stylistic tics, including a new interpretation of the overall look of Mega City-One.

I’ve been a Judge Dredd fan since I was four years old, and I thought the latest movie version was terrific. It didn’t condescend or compromise, it featured some wonderfully restrained performances and didn’t overwhelm a simple story with flashing bells and explosive whistles, while never shying away from some ultra-violence.

It also didn’t find a huge audience at the cinema, but is proving predictably popular in the secondary home movie market, and there has been a recent groundswell for support for a sequel, including a 2000ad-endorsed petition calling for a second Dredd film.

But as much as I enjoyed the movie, I don’t really care if they do a sequel or not. I can understand why some fans of the film are eager for more, but I’m happy enough with just the one. 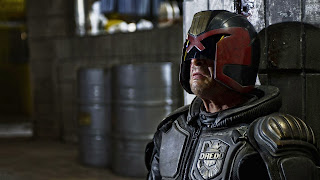 It’s not enough to get one film out of a beloved comic book series these days. It’s not enough for characters to make it off the page and onto the screen; it has to get a franchise, otherwise it’s written off as a failure, even on an artistic level.

You can’t blame studios for trying to launch new franchises – the biggest box office hits of the past few years have almost all been part of a longer series. A successful franchise can literally generate billions of dollars in revenue, and can provide years of solid returns, and can even unexpectedly result in new ways of telling long-form stories

And you can’t blame the readers and viewers for wanting more – if you enjoy one film enough, there will always be loads of goodwill going into further instalments, even if that goodwill can rapidly evaporate (also known as the Matrix syndrome).

But sometimes one film really is enough. Something like Gravity, which will undoubtedly influence many other movies over the coming years, is hard-wired to stand on its own, and there really is no need, or demand, for a Gravity II.

And two sequels that came out this year, both originally based on distinctly different comic books, help prove the argument that more isn’t always better. 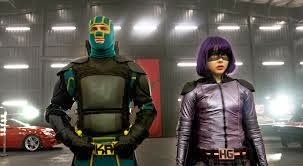 The first Red and Kick Ass films weren’t the most ground-breaking or innovative movies, but they were both solidly entertaining. Based on comics written by Warren Ellis and Mark Millar, the movies both had a bit of style, and some sharp lines, and some easy-to-digest high concepts.

They were both reasonably succesful, just enough to see the sequels get a green light, and the second installments in both series were released this year, to massive indifference.

There isn't anything intrisically wrong with the films, no critical mis-step that crippled the stories they were telling. Red 2 beefed up the cast of the original movie, and took the show to Moscow, while Kick-Ass 2 followed the lead of the comic sequel, and brought in a bunch of new faces to get stomped on. Both movies upped the stakes of the first installments, but that was just what everyone expected them to do, and both films fell with a collective thud. 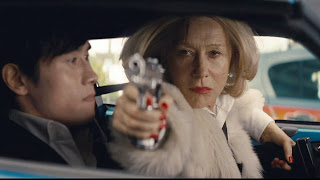 It's entirely possible that those initial high-concepts - the OAP assassins and hyper violent street-level superheroes – only really had enough gas for one movie. The sequels took things to new levels of violence and intensity, but the initial concept is still the same, and leaves both films with a 'seen it all before' vibe.

It’s also entirely possible that both films were propelled by a single joke, one that just isn’t that funny after it’s been mined for a movie. While it remains a delight to see the super-classy Helen Mirren kick the living crap out of young fools, it’s not the happy revelation it was in the first Red film.

It’s also notable that the second Kick Ass film was not as hard-edged or mean as the second Kick Ass comic. It made a point out of not killing dogs or little kids, which is obviously morally justifiable, but once you start pulling back on the hardcore follishness of something called Kick Ass, you’re just left with an increasingly pale imitation. (I’m pleased to say the most recent Kick Ass series, being published now, is just as gloriously nasty as ever.)

Poor sequels do diminish decent movies (unless they're stone cold classics – Jaws is still as awesome as ever, even with the awful, awful sequels). Instead of one decent Kick Ass or Red film, there are these flabby, unnecessary additions, stretching a meagre story much further than it really needs to go. 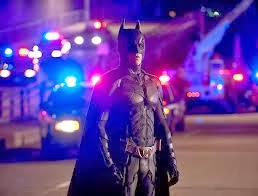 I'm always happy to be proved wrong, and there are certainly sequels that build upon the first film in a series. After all, The Dark Knight is demonstrably better than Batman Begins (and I'm one of the crazy bastards who is convinced that Dark Knight Rises is better again).

Movie sequels can improve and build on the original film, although they still depend on the original film doing well enough to merit a sequel, otherwise you end up with one-offs like the Adventures Of Buckeroo Banzai or The Golden Compass – films which promised much for their second instalments, but could never deliver.

But nobody wanted (or got) sequels to things like the Ghost World and American Splendor films. There was no demand for a Harvey Pekar franchise, even if there were plenty of other Harvey Pekar stories to tell. One was enough. 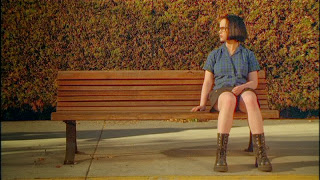 So while the Dredd filmmakers promised to get deeper into the weird and wild world of Mega-City One with sequels that would go into the Cursed Earth and introduce the Dark Judges and everything would be bigger and more spectacular and all that, the chances of another film are actually pretty slim, so all those ideas get left on the shelf (until the next reboot in a decade or so).

And I’m fine with that, because at least we got one Dredd film out of it all, and that was one more than we had a couple of years ago. I would certainly go and see a sequel if it actually defied the odds and was made, but it’s not the end of the world if there is only the one Dredd.

Besides, if you ever really do need a sequel, there is always the comics.
Posted by Bob Temuka at 6:13 PM