I love movies and music and books and television, but it’s the comics I love the most.

I travel to the other side of the world just to see what the comic shops look like. I lie awake at night wondering how much worse Dashiell Bad Horse’s life is going to get in the next Scalped book. I have genuinely emotional reactions to old issues of GI Joe and 2000ad and Richie Rich.

Then again, I also have genuinely emotional reactions to old issues of Wizard magazine, so I’m obviously not right in the head. I found a whole bunch of them from 1991-1996 in the cupboard the other day, and the stench of nostalgia was so overpowering, I shelved plans to get rid of the magazines, even though they’re taking up a fair bit of room.

If I can’t get rid of old Wizards, what hope it there? 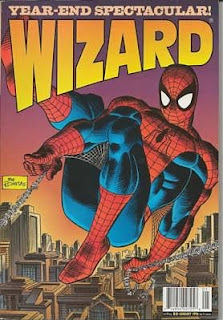 They say you’re meant to grow out of it, but they don’t know what they are talking about.

Comics are just another medium for delivering stories, and it’s easy to see why they’re the best. You can do anything with words and pictures. Harvey Pekar famously said that and then used his words and pictures to tell stunningly mundane stories, which somehow proved his point.

And there are so many different comics, doing such wonderful things with words and pictures.

There are sexy spies and transcendent superheroes and Kitchen Sink Plus and gritty crime and heartbreaking autobiography and pure laffs and genuinely creep horror and metaphysical mindfucks and historical epics and fairy tales and war stories and love stories and action stories, and that’s all just on a couple of shelves in the bookcase next to the computer.

There really is something for everyone, an incredible variety of tales and fables, and anybody who cloisters themselves within any one genre or mindset is really missing out. 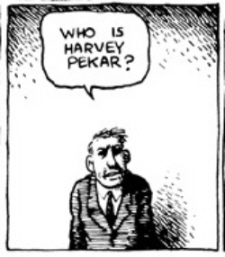 It might take me a few years to get them, but I get there in the end.

There are also a hundred other creators that I actively seek out work by, even if I never feel any kind of completist urge, from Sergio Aragones to Pat Mills. But those 18 creators produce work that I find Always Entertaining and Occasionally Quite Moving, so I get everything they do. 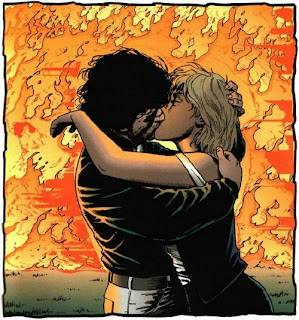 Because of all the major creative outlets, comics are the most likely to get across a specific and singular artistic vision.

There are always dozens of hands in the mix when it comes to movies or television stories, and while creating a comic is almost always a collaborative process - even work by writer/artists often have editors or colourists or somebody backing up their ideas - it's also the best place to get that singular perspective. The insatiable demand for new comics, and the speed with which they come out, and the ability for anybody to pick up a pen and paper and just fuckin’ do it, results in some remarkably personal and idiosyncratic work.

Even in the cold, hard world of corporate comics, creators like Peter Milligan or Frazer Irving or dozens of others get to tell stories that are their own. There will always be some editorial interference, but Grant Morrison has shown that you can deal with all that, and still put out some Batman comics that are sometimes uncomfortably personal.

And when it comes to comics that are more nakedly personal, there are some wonderfully extreme world views. Never mind the greats, like Crumb or Spiegelman or Eisner, who have all left behind substantial bodies of work representing a specific artistic vision that will live for centuries after they have gone. Even that one guy back in college who did that one autobiographical comic about the day his girlfriend dumped him and his grandfather died, even he has created something out of nothing, and left it out there in the world. 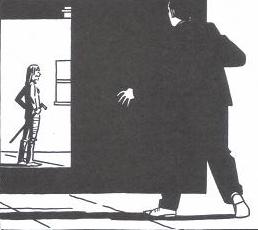 I also spend far too much time thinking about bookshelves, wondering if the Vertigo books really belong on the same shelf as Superman/Batman: Saga of The Super Sons. 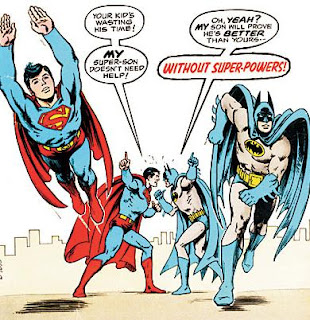 There is something beautiful about a good comic – the way art and design and story all combine to produce this little package.

I don’t care what form the stories come in, but I can still appreciate a good-looking comic. Whether it’s an extravagant hardcover or a stapled mini-comic, each comic is a beautiful singular thing, and some of them are prettier than others.

A really good looking comic is prettier than anything. 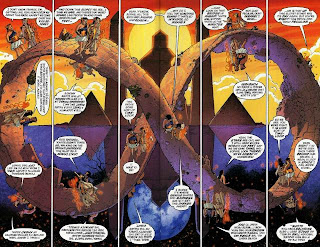 I actually did a little dance in the store the other day, when I realised the new Milk and Cheese hardcover was out. I knew it was coming, but didn’t know when, so when I saw it on the shelf I did an honest-to-God jig, right there in the aisles of Real Groovy.

My lovely wife bought it for me for my birthday, because I said I’ll love her forever if she got it for me. She did and I will. She also says that if I ever cheated on her, she would burn every comic I own, and that I would come home one day and there would just be a big pile of ashes in the spare room, because she knows that this is the worst thing she could do to me.

Besides arguing that I will never, ever be a cheater, I have also tried to convince her that there are tens of thousands of dollars locked up in all those boxes of comics, and it would be much better to take them and sell them for money, rather than a quick fix of fiery vengeance.

After all, it’s not the comics’ fault. They shouldn’t suffer.

I haven’t convinced her of anything, and all those wonderful comics, from the Uncanny X-Men comic I’ve had since I was six to the Secret Avengers I bought last week, would justifiably all go up in a cloud of thick, black smoke. 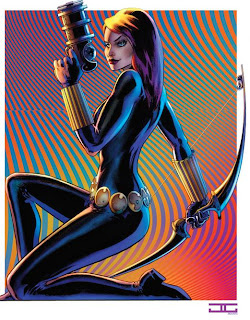 I turn 37 today, and I love comic books just as much as I did when I was w Whiz-Kid (not a Chip-ite) at seven, or when I was 17 and cracking open my head with the first Love and Rockets comic I bought, or when I was 27 and enjoying the hell out of the Ennis/Dillon Punisher.

This blog turns three today, and I’m never going to get sick of talking about how much I love comics, so it will still be going for some time to come.
Posted by Bob Temuka at 12:04 AM

Happy birthday Bob - I've been enjoying your blog for a while. I especially relate to this:

Hope you have/had a good one!