Not enough comic in my comic

One of the things that is most enjoyable about buying back issue comics from a couple of decades ago are the advertisements. We all hate them when they are new, but give them enough time and they shine a sociological light on the darkest recesses of pop culture. 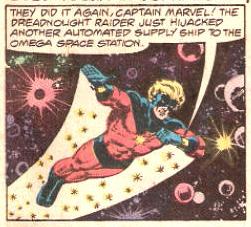 It’s not just the obvious stuff, like the sea monkeys or the $1.79 locker of army soldiers or the Hostess cake stuff or the X-Ray specs, it’s the stuff we’d all rather forget that often resonates most strongly.

The first attempts to make serious money out of this bizarre little hobby we call comic books can also be seen in these thirty-years-old advertisements. Some of the most well-known Golden Age comics were actually worth hundreds of dollars by the 1970s, and mail-order companies realised that advertising in then-modern books was the best way to reach their customers.

(As somebody who hit prime superhero fascination sometime in the mid-eighties, I still have an inordinate fondness for those yellow Mile High advertisements that listed huge amounts of comics for sale for 50 cents each. I used to go through them with a magnifying glass, composing imaginary lists of what I would buy if I had the undreamed-of sum of $100. This is about as sad and pathetic as I ever got in my comic obsession.)

But the very best thing about old advertisements are the house ads, showing covers from other series from that publisher. It’s an absolute joy to run across a full page ad featuring contemporary comics when I’m halfway through a random issue of Teen Titans from 1975, when DC had people like Carmine Infantino and Joe Kubert producing bloody beautiful cover designs.

There can also be a cheap thrill of an ad in the back of an Avengers comic promising the debut of a new series called Tomb Of Dracula, or seeing other historic issues jumbled up with a bunch of comics that were forgotten the month after they were published.

So that’s something to look forward to in 2042, because current Marvel and DC comics are choked with house ads.

Consider Action Comics #3 – another imaginative and witty script from Grant Morrison (even if the xenophobic reaction to what appears to be first contact with an alien race in the new DC Universe is massively disappointing), with some rushed artwork from Gene Ha and Rags Morales that occasionally hits the mark.

But it’s also a comic book that is literally half full of advertisements, with just twenty pages of comic in a forty page-issue. There is just not enough comic in my comic.

The rest of it is full page spreads for comics and characters I’m not interested in, padded out by blatant advertorial and silly back-matter. The editors are trying to give something the substance of a decent DVD extra, but it’s just lots of art we all saw on the internet three months ago, and creators revealing that they are really excited about working with Creator X on Character X. It’s bad enough when Marvel’s collections are padded out with pointless interviews from Marvel Spotlight, doing that in a flimsy single issue is just wrong. 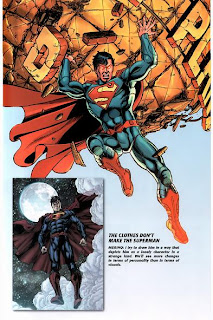 This would be a lot easier to swallow, if the comic didn’t cost 33 per cent more than most of its contemporaries - $3.99 for a twenty page comic is bad enough, but when you’re paying that much for that much advert, you’ve got to start wondering why you’re paying it at all.

With exchange rates and shipping costs, these $3.99 comics cost nearly ten bucks in local money, which means every page is costing me fifty cents. Which also means that a two page spread costs me $1, and that is a harsh and difficult investment to make. 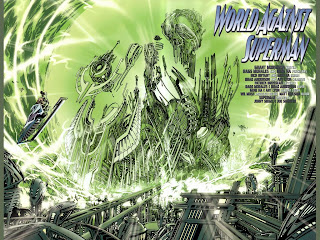 (I’m also still bitter about the way The Boys was jacked up in price with absolutely no explanation two-thirds of the way through it’s long – but limited – run.)

The ad situation isn’t as bad as a few years back, when NuMarvel choked the life out their stories with a ridiculous amount of advertising, destroying any storytelling or dramatic drive by cutting up every page. But that kind of thoughtlessness is still there, (whoever decided to put a full page picture of an intentionally smug blonde news anchor for the Onion News Network right next to the most dramatic part of All Star Western #2 almost destroyed that moment entirely). 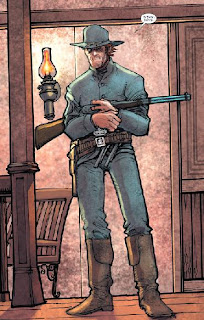 These ads will be fascinating for future comic scholars, but in the here and now, they’re nothing that hasn’t already been all over the internet for months, all the art previews and creator interviews are almost totally worthless when there is so much of that for free for anybody with a net connection of any kind – expecting readers of a Morrison comic to pay extra for a couple of interviews with Dan Jurgens is asking a bit much.

I don’t mind the twenty-page comic, especially when writers like Morrison can tell super-compressed stories, cutting whole scenes down to one pertinent panel.

But there is little real value for money, and if this kind of ratio of story to ad just does not stack up. If continued, it would surely see me drop one of my deadest favourite superhero comics, because of dollar double-page spreads and extras I didn’t ask for or want in any way.

There is always more value in actual comic, and it’s good to hear that the writer of the excellent Brave and Bold is coming in with some back-up stories in future issues. While DC is still making the classic mistake of thinking that people read Grant Morrison’s comics for his characters and concepts, rather than for his Celtic wit and deft storytelling touch, Sholly Fisch is a terrific writer of short, sharp entertainments, and it will be interesting to see if the humour and humanity of the cartoon comic’s stories can be transferred to current continuity.

But it’s the thoughtlessness of padding out these comics with things that might actively put people off the title that really bites, along with the blithe and arrogant presumption that they can charge whatever the hell they want, people will still buy it. While this has short term gains, there is nothing to be gained in annoying the small amount of readers modern comics have left with inappropriate use of ads.

There might be a solid business plan behind masses of house advertisements, but that doesn’t mean it makes editorial sense to mess with the flow of a story like this.

It’s good to support comics in their monthly format, if only so the artists involved get the chance to do things like eat and clothe themselves while they’re working on a project. And collections are often little better, with the interminable Handbook entries and pencilled versions of pages you read five minutes ago. 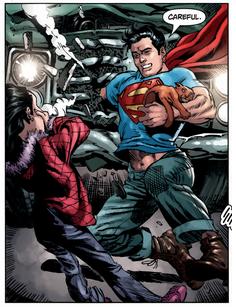 It might sound picky and pedantic, but the use of advertorial and the lack of value for money is one of the main reasons why I don’t buy more than half a dozen comic books every month, even though I am actually interested in reading so much more. Ten bucks for twenty pages of superhero comic just isn’t worth it, no matter who is writing it, and it’s just easier to not bother with new comics, and wait a few years – or decades - before coming back to these stories.

I'm with you there. NZ$10.25 for 20 pages of a US$3.99 Marvel comic interspersed with 10 pages of ads? Totally not worth it. The New52 isn't much better, NZ$7.95 for a $US2.99 of 20 pages interspersed with house ads for titles I already know about,and don't want to buy. Also, because they are almost all house ads and look a lot like the story artwork, I find them incredibly distracting - although in the case of most of the New52 that may be intentional on DC's part.
Unfortunately for my local comic store, whilst the pound is so low and I can buy TPBs from the Book Depository at up to 30% off cover price with no postage to NZ, he's not getting much business from me anymore.